How to Celebrate Mid-Autumn Festival (中秋节) 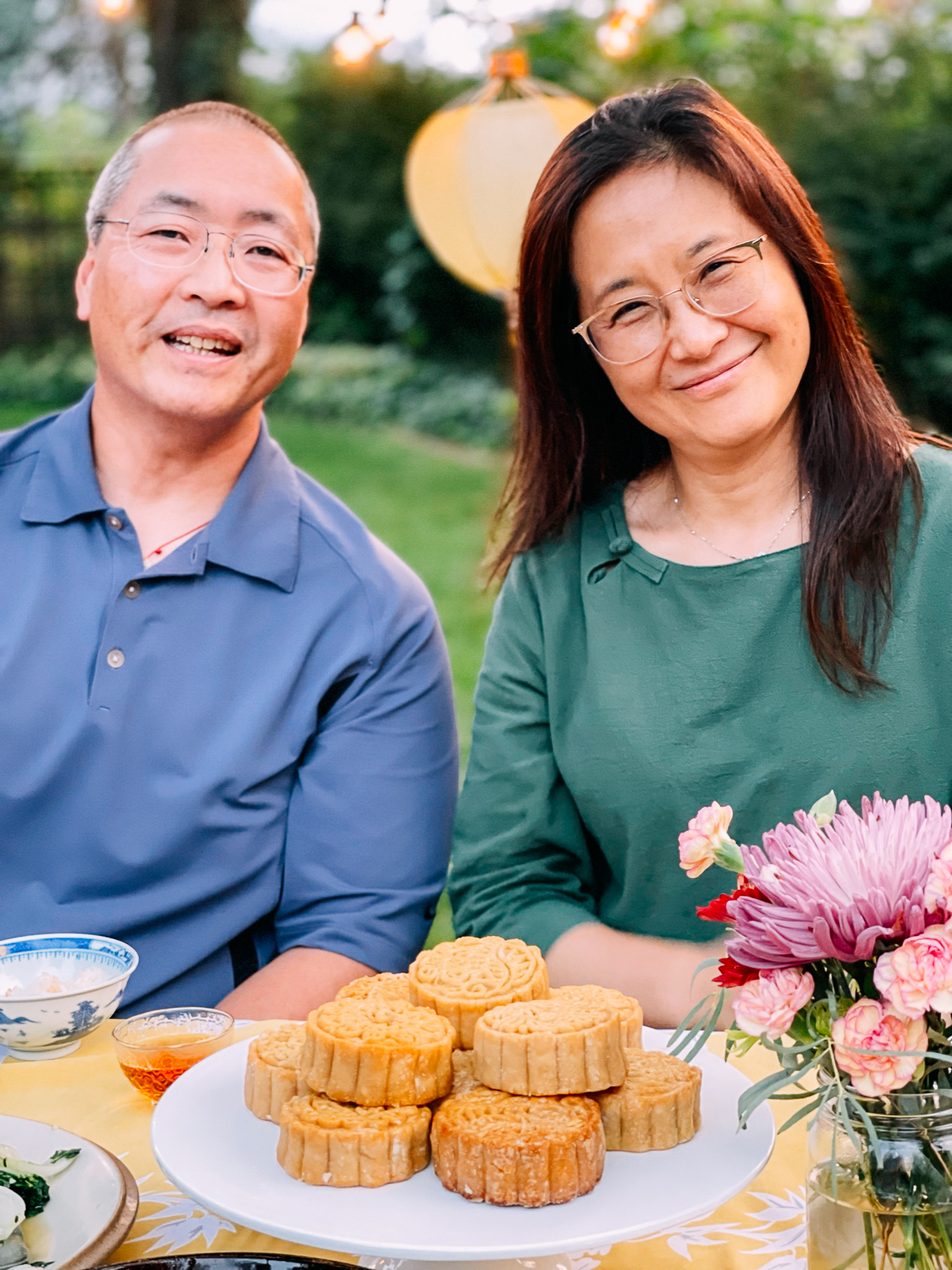 The Mid-Autumn Festival, after Lunar New Year, is the second most important Chinese holiday of the year. It’s a time to get together with family, eat, worship the moon, and celebrate the fall harvest! In this post, we’ll talk about how to celebrate Mid-Autumn Festival with friends and family!

When is the Mid-Autumn Festival?

The Mid-Autumn Festival takes place at the same time as the Harvest Moon, or the full moon that occurs closest to the autumnal equinox (beginning of fall) each year.

The Chinese holiday follows the Chinese lunisolar calendar rather than our more common Gregorian calendar. It occurs on the 15th day of the 8th month. The eighth lunar month is in the middle of autumn, which is why it’s called 中秋节 (zhōngqiū jié), or the “Mid-Autumn Festival.”

This is when the moon is at its brightest and biggest according to the Chinese calendar, and it coincides with fall and the harvest season!

What Is the Mid-Autumn Festival?

The Mid-Autumn Festival celebrates the year’s harvest. The holiday stretches back 3,000 years, when the Chinese worshipped the moon as a symbol of rejuvenation and a good harvest. Today, the holiday is all about family togetherness.

Because of the symbolism around rejuvenation, some folks wish for children and grandchildren around the time of the Mid-Autumn Festival as well!

How Do Other Asian Countries Celebrate Autumn?

Other Asian countries have similar autumn holidays celebrated on the same day as the Chinese Mid-Autumn Festival or around the same time.

How Do You Celebrate the Mid-Autumn Festival?

Going home to see family is a must. To not go home would be about as egregious as not making it home for Thanksgiving here in the U.S.!

We try to avoid scheduling work responsibilities or even vacations during the Mid-Autumn Festival, as the best place to celebrate is at home with family and friends.

Colorful lanterns have become a popular sign of the Mid-Autumn Festival, creating a fun and festive atmosphere and lighting the path to good things to come.

Unlike during Lunar New Year, they can come in a range of colors, rather than just red and gold. Lanterns can even be made out of pomelos, pumpkins and gourds, similar to a Halloween jack-o-lantern, but that’s less common these days.

The biggest tradition of the festival is mooncakes! The round shape harkens to the moon. Families give and receive them, and for the ambitious—make them from scratch!

Mooncakes are a special and decadent gift this time of year, and all the stores and restaurants in China go all out with their own mooncakes, wrapped in beautiful boxes and colorful tins for gift-giving. If you’re going to someone’s house for the Mid-Autumn Festival, the best gift is a box of mooncakes!

Having a dinner outside under the moonlight to look at the full harvest moon is another custom. With the moon at its biggest and brightest, it’s a shame not to spend some time looking at it while you enjoy some mooncakes and tea.

This year we decided to put on a whole spread and sit out under the stars to show how you can have a backyard Mid-Autumn celebration!

We put stakes out on the lawn so we could hang string lights, with plenty of colorful lanterns (these beautiful silk ones are from Wing on Wo). We also bought pots of colorful chrysanthemum flowers and placed them around our dinner table and in vases.

With some of our cousins attending, we couldn’t have had a better time, and we were also treated to some lovely crisp pre-fall weather!

What to Eat on the Mid-Autumn Festival

Now, onto what most of you have been waiting for—the food!

We have another post about 10 Traditional Mid-Autumn Festival Foods, like duck, crab, taro, lotus roots, mooncakes, and pears, but here’s what we ended up making for our Mid-Autumn festival feast!

Duck is said to be a nutritious food ahead of the chill and dry weather of fall and winter, making it a traditional dinner item this time of year. If you’re vegan, you can have a symbolic Chinese Vegetarian Duck (素鸭).

“Taro” in a Southern Chinese dialect sounds like “the coming of good fortune” making it a festive dish for the holiday. This stew is one of our favorite sleeper recipes on the blog. It’s not the most popular by any means, but the buttery taro is truly a treat. Shallow-frying it before stewing it with the ribs gives it the most incredible flavor. Some of us think it’s even better than the ribs themselves!

Lotus root is chock full of auspicious symbolism in its name, shape, and texture. Firstly, its Chinese name, 莲藕, means “togetherness” (连, lián) and a “pair” (偶, ǒu). One of our favorite lotus root dishes is this stuffed version made with a tasty pork filling. The whole thing is deep fried to crispy goodness. It’s a great option for kids! Our youngest cousins gobbled these and declared them their favorite dish.

In lieu of the more traditional crab, which tastes the best in the fall, we opted for a family favorite, Bill’s Mother’s Ketchup Shrimp. It never fails to please a crowd!

This stir-fry of eggplant, peppers, and potatoes was perfect to celebrate the harvest, as our garden has been chock full of all sorts of peppers and long dark purple eggplants this year! It’s also great for vegetarians and vegans! Along with a leafy bok choy stir-fry, we definitely had our fill of vegetables!

We had to save the best for last! Mooncakes are the beloved tradition of the Mid-Autumn Festival.

They come in all sorts of shapes, sizes, flavor combinations, and textures. Most people are familiar with the golden exterior of a classic mooncake, but there are snow skin mochi mooncakes, savory flaky pastry mooncakes, and even green mung bean mooncakes.

There’s no shortage of creativity with mooncakes–especially these days with more ingredients and more cooking innovations. Here are our favorite recipes!

Fair warning, they are caloric little bombs—most Chinese people cut mooncakes into pieces and enjoy a small taste of the various kinds.

These are the classic mooncakes! The egg yolks are optional, so you can go yolk-less, or even double up with a super auspicious double egg yolk!

Trendy snow skin mooncakes can’t be beat for their wow factor and ability to please a crowd.

Flaky and delicate red bean filled mooncakes are an unexpected mooncake for your festivities.

These are a real treat. They’re incredibly delicious and perfect for those who’d rather go savory over sweet.

These are a unique mooncake that has the best of both worlds: sweet and savory!

How to Make Lotus Seed Paste

How to Make Golden Syrup

This is a vital ingredient to the golden crust of certain types of traditional mooncake. Without it you won’t get that signature amber hue.

Making your own salted duck eggs on TOP of making your own mooncakes is ambitious. It’s a bit too late to start for this year, but it’s never too early to start planning for next year!