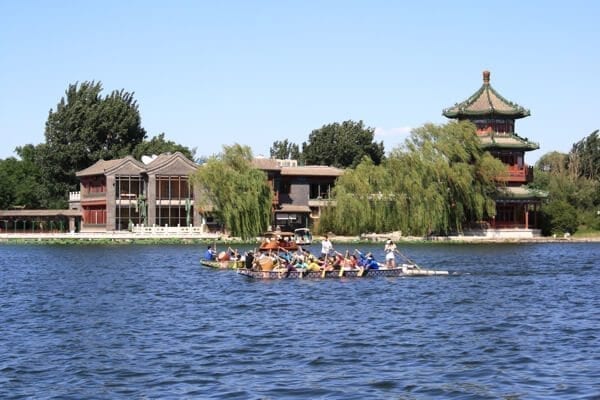 Dragon Boat Festival is a 2000-year-old holiday in China. Better known in Chinese as the Duan Wu Festival or Duānwǔ Jié (端午节), the 3 day festival usually falls in June.

I’d never really heard of it before coming to Beijing, but apparently, the story goes that the holiday commemorates the suicide of ancient Chinese poet Qu Yuan. Supposedly, Qu was banished for opposing his king, wrote a lot of famous poetry about the experience, and when his king’s capital city was later captured, he drowned himself in the Miluo River.

It’s a bit of a downer, but nowadays, the holiday is just an excuse to take a couple days off, race dragon boats, and eat a lot of sticky rice.

The traditional food of the Dragon Boat Festival is zongzi, which is kind of like a Chinese tamale. If you are more familiar with Cantonese dialect then the pronunciation, “joong” may be more familiar. You take a bamboo leaf, wrap sticky rice, meat, or other fillings inside, and steam it. They’re all over the place this time of year, and you can head to your local Chinese Walmart to buy pre-made ones or all the fixin’s to make them yourself.

They have both sweet and savory versions. We prefer the savory ones ourselves. This one has a piece of braised pork in the middle.

Check out Judy’s Zongzi recipes in our family recipe collection: 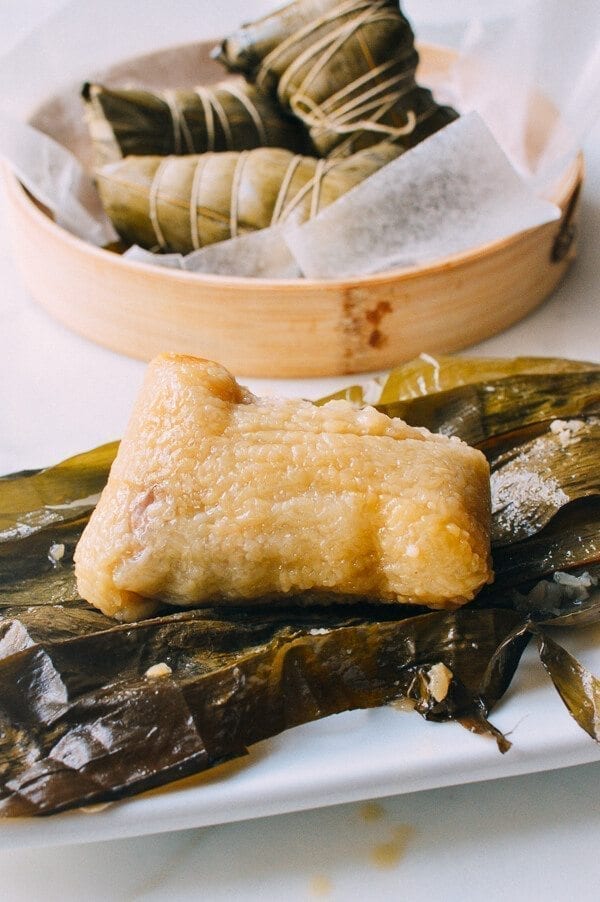 The other big tradition during the festival is dragon boat racing. You’ve got drummers keeping a steady rhythm for the paddlers, and teams race each other across lakes and ponds all around the city.

We were at home in the U.S. last week, but these pictures are from last year. Blue skies like this in Beijing are rare, so it was a good day. 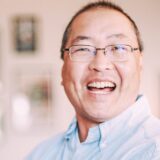