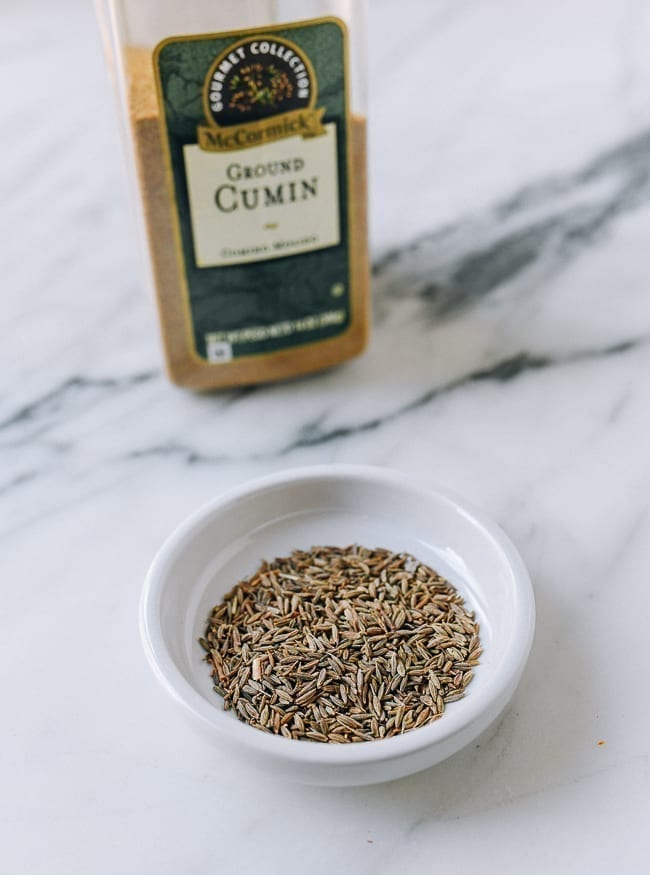 From China to Latin America, cumin seeds are an essential pantry item and the key to some seriously flavorful dishes. In this article, you’ll learn some helpful tips and tasty ways to use cumin in your kitchen.

With records of use dating back as far as the year 2000 B.C., cumin is one of the world’s oldest spices.

In Ancient Egypt, cumin was used as both a spice and a preserving agent. Traditional medicine practices in India and Asia have long held that cumin has the ability to treat various ailments.

Cumin may have also been a regular fixture at dinner tables in Ancient Greece, a practice that continues today in Morocco, where cumin is used as generously as salt and pepper in the West.

Known as zīrán in Chinese, cumin seeds (孜然) are technically the fruit of the flowering plant Cuminum cyminum, which is related to parsley, carrots, and celery.

The plant is thought to be native to the Middle East and Eastern Mediterranean regions, but most of the world’s supply of cumin is now cultivated in China and India.

Grayish-brown in color, the small boat-shaped seeds are sometimes confused with caraway seeds or fennel seeds due to their similar appearance and a history of contradictory naming.

(Cumin may also be called “Roman caraway.” Meanwhile, caraway is sometimes known as “Persian cumin,” and fennel may be referred to as “sweet cumin.”)

Fortunately, it is pretty easy to distinguish cumin from other spices by its fragrance. Cumin is considerably more pungent and earthy than fennel or caraway seeds. Cumin’s flavor is warm and peppery.

How To Use Cumin seeds

Cumin’s distinctive flavor is a key component of savory recipes from around the globe.

We typically toast whole cumin seeds in a dry pan before grinding them with a mortar and pestle.

Spicy Cumin Lamb is a classic in the northern Chinese region of Xinjiang. This is where the distinctive cumin and chili powder combination likely originated.

This spice mixture also makes its appearance in the irresistible street food of Xi’an. A trip there has inspired some of our favorite recipes, like Fried Chicken with Xinjiang Spices and Cumin Lamb Burgers.

If you’re vegan or vegetarian, don’t fret! Our Spicy Griddled Tofu Steaks and Cumin Potatoes are the perfect meat-free way to enjoy these incredible flavors.

While whole cumin seeds are generally preferred for authentic Asian and Indian cooking, we also keep a jar of cumin powder in our pantry for Latin-American dishes like Pernil-Style Roast Pork and spicy Mexican Rice.

Though you can find ground cumin at any supermarket, we prefer to buy the whole seeds for various uses. We often grind them ourselves for the best flavor and aroma.

You can usually find bags of whole cumin seeds at Asian and Indian groceries. At Indian markets, they may be labeled as “jeera.” But if you’re not blessed with easy access to an international market, you can also buy them online.

Keep cumin seeds in a tightly-sealed container away from heat, light, and moisture. They will last up to three or four years. Like other spices, cumin’s flavor and aroma will fade much more quickly once ground.

If that jar of cumin powder has been in your spice cabinet for a year or more, take a whiff before using. You want to smell that characteristic earthy pungency. If you’re underwhelmed, it’s probably time to replace.