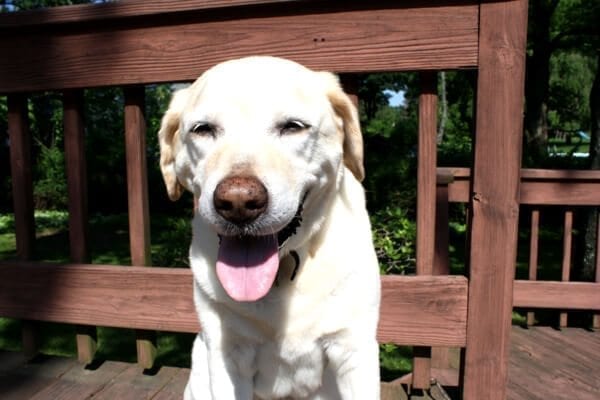 Today, I’m writing a post about our dog Jake, because today is his 13th birthday. 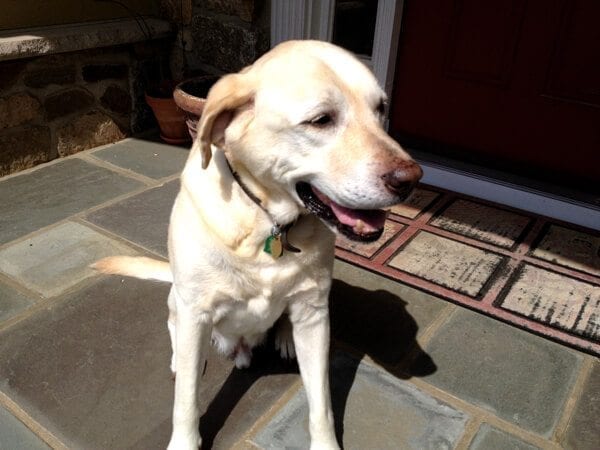 We got him when I was 10 years old, which is so weird to think about. When he was young, he was a right psycho…chewing everything he got his hands on, jumping six feet in the air when you’d throw a tennis ball at him, knocking down small children in his excitement to get out the door, and barking non-stop when the mailman would drop the mail in the little slot we had in the door at the old house. When we took him to an obedience course, the instructor used him as the “example dog” during one class and it didn’t go well. He handed Jake’s leash back to my dad and said, “good luck with that one.”

Now, he sleeps for sixteen hours a day, loathes walking uphill, and enjoys napping in the TV room while I’m watching a movie.

Recently, we were at some outdoor mall, taking turns walking with Jake outside, when we saw a tired-looking woman trying to prevent her giant black lab from launching himself on passing shoppers.

She looked longingly at Jake, who was sitting down next to Kaitlin.

“Give it seven or eight years. And then, yeah. He’ll calm down.”

When my parents went to China, my sister and I were still in college…living in dog-free dorms. We didn’t know what to do with Jake…take him to China? Let a neighbor take care of him over the long term?

…give him away to a new home?!

That wasn’t even an option.

No, we ended up having him stay with a good family friend who was gracious enough to take him for a few months.

We figured that after I graduated from school that year, I’d just take him back when I moved back into the house.

But alas. I ended up in Beijing for 9 months, and we found ANOTHER friend to take care of him. She wanted to try out what it was like to have a dog, and she loved Jake, so it worked out really well. We were really lucky to have such great people taking care of him.

Now, though, I’m back in New Jersey, which means Jake’s finally back at home.

He keeps my feet warm. He’s my conversational sparring partner when my sister won’t pick up the phone. He’s in his golden years. He’s a good listener. He’s very intelligent. He’s super chill. 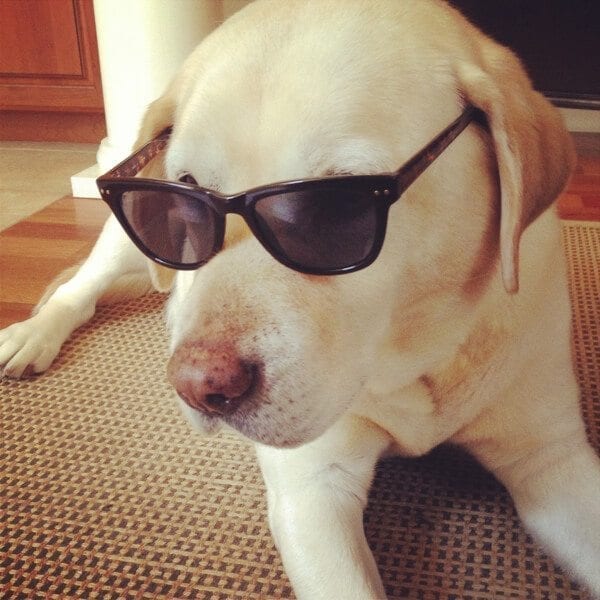 And he’s incredibly accommodating, i.e. when I put glasses on him, he let’s me take a picture before flinging them off.