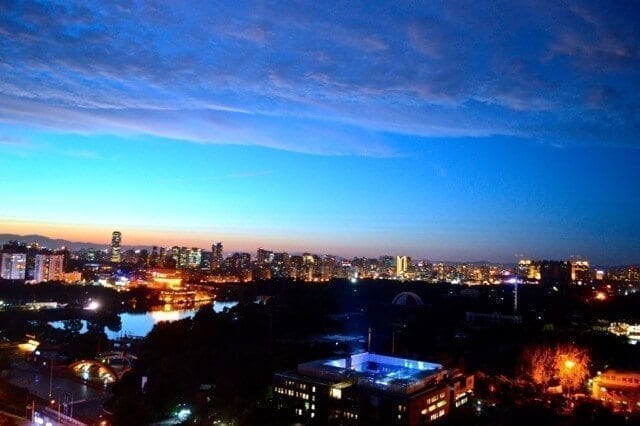 The cat’s out of the bag. I’m back…pulled out of my suburban stupor and thrown back into the traffic lights, honking horns, subways, and skyscrapers of Beijing. The land of dragons, dumplings, and duck.

I’ve found a new occupation here that keeps me plenty busy, and in yet another reshuffling of the family house of cards, Kaitlin and Jake are chillin’ in Philly while I’m back with the parents.

When I arrived back in China, the plane touching down to the ground after 18 hours of travel, including a 3-hour stint of non-stop inflight movie watching and a layover in Toronto that–aside from a passable sesame bagel with veggie cream cheese–kind of put a damper on things, I stumbled through immigration, baggage claim, elevators, and taxi lines…making my way to the apartment.

The sky was blue upon my arrival, which was a surprise to all involved. I wondered how many more of those I would be seeing while here. It’s sort of this mix of the foreign and familiar whenever I come back. I see a building that I recognize or I say something to the taxi driver and he DOESN’T scratch his head and ask me “Can you repeat that?” And I almost feel at home. But one miscommunication or an old stomping ground that’s been knocked over and replaced with yet another cigarette shop, and that’s when homesickness starts to set in.

But then I think about all the things I can get here that I don’t get in NJ. Steamy conveyer belt hot pot restaurants, cheap DVDs, and a view of a lit-up city from the 25th floor of the apartment. The grass is greener, I suppose.

Speaking of which, we’ve moved! New apartment, new kitchen. So you’ll see some differences in the photos.

That’s all for now. Over and out.