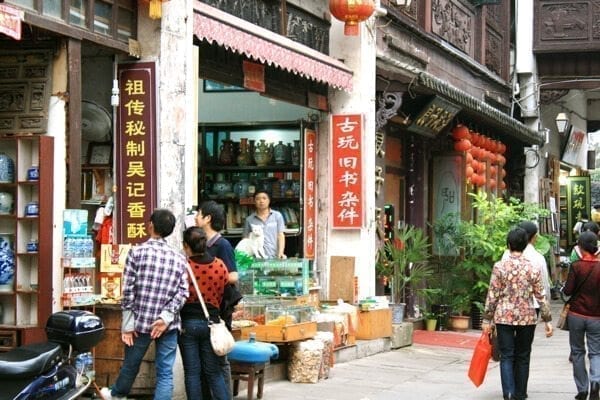 After our Huang Shan stairmaster-esque climb and comparatively more relaxing mountain descent, we couldn’t leave the area without taking a look at Tunxi Ancient Street, which is a pedestrian walkway that dates back over a thousand years. There are shops on either side of the street, many of which have existed for over a hundred years. They range from touristy souvenir spots to local merchants selling calligraphy brushes, tea, and homemade hot chili sauce. Apparently, a lot of period movies and TV shows are filmed there. It’s not hard to see why: 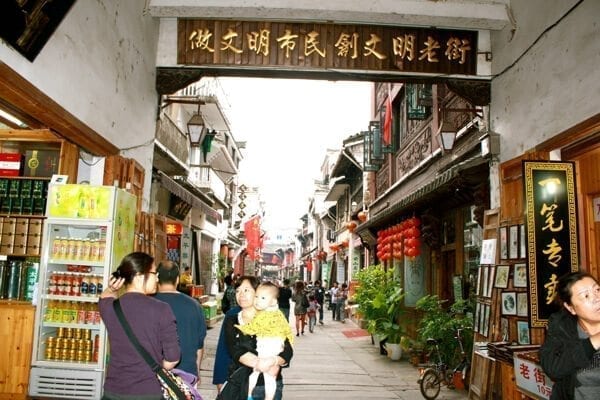 It’s a great place to people watch and window shop. Intersections of old and new abound. 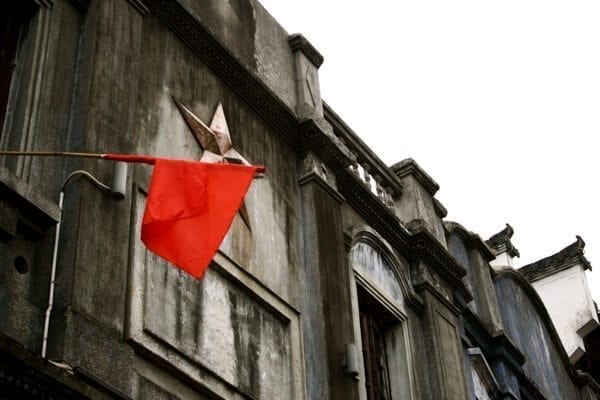 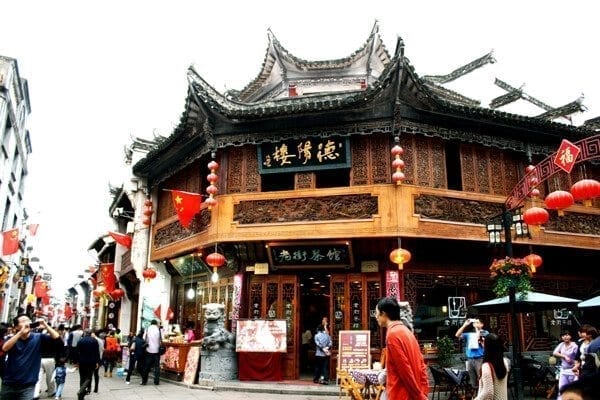 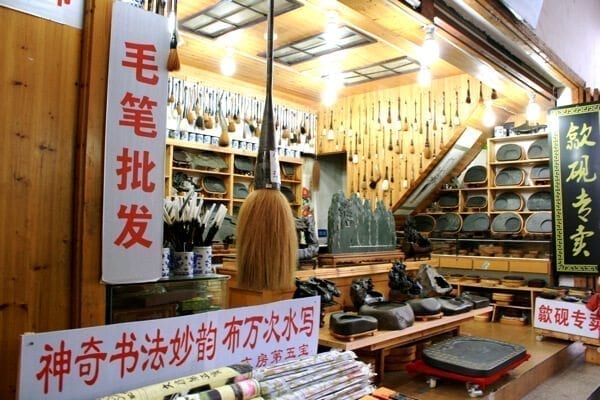 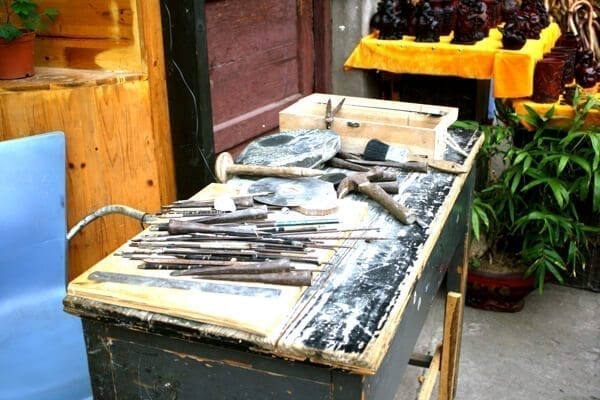 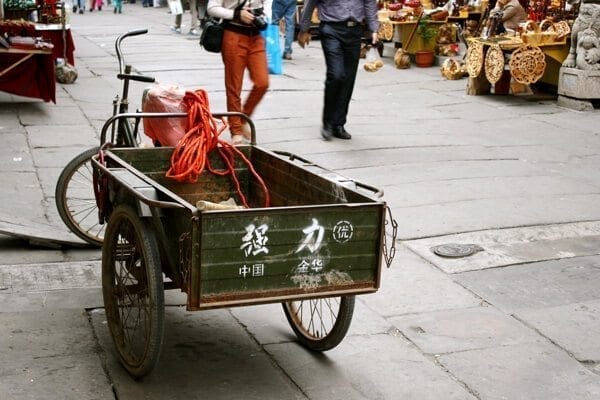 I wondered how long this lady has been selling shoes out of this tiny shop. I thought about all the things she must have seen over the past sixty years and the enormous change that’s taken place in China. But somehow, in that little shop, shoes lined up on wooden shelves along the wall, the lady sitting on a small wooden stool and looking out on passers-by, it’s almost like time’s sort of suspended. 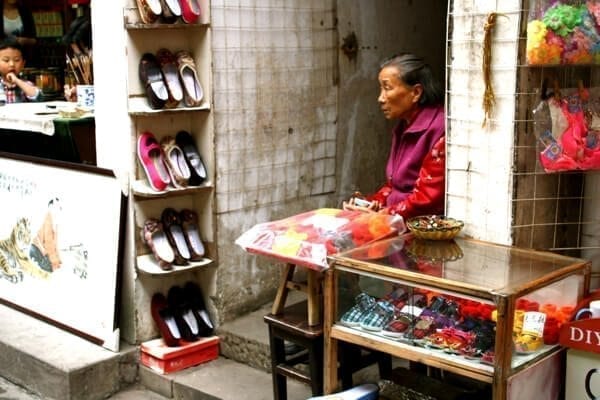 Some vendors were selling stuff that was particular to the local area. They had these shaobing, which are like a cross between a biscuit, phyllo dough, and…a croissant? I don’t know. Whatever it is, lard is definitely involved. Needless to say, they were tasty. 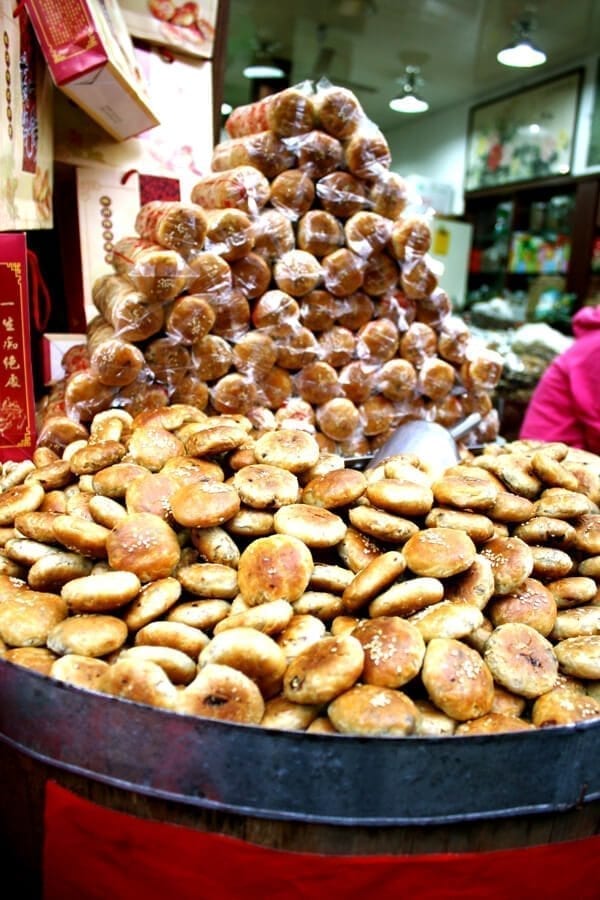 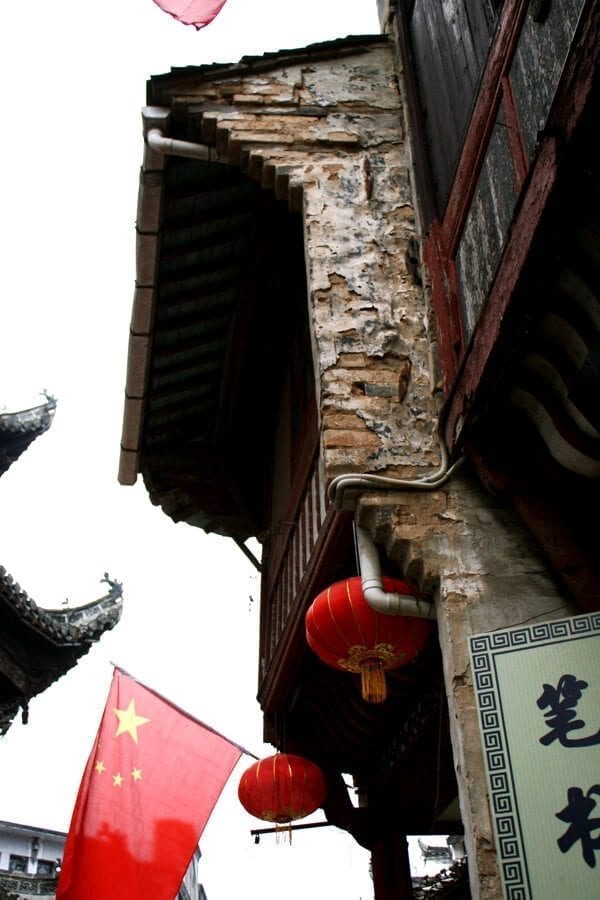 They were also selling assortments of fresh chili sauce and chili bamboo shoots. 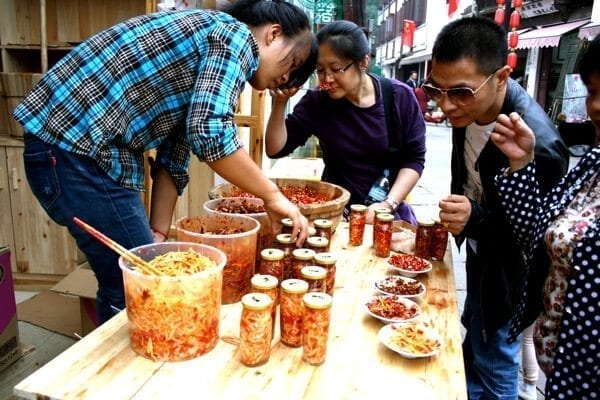 And these cute happy pigs: 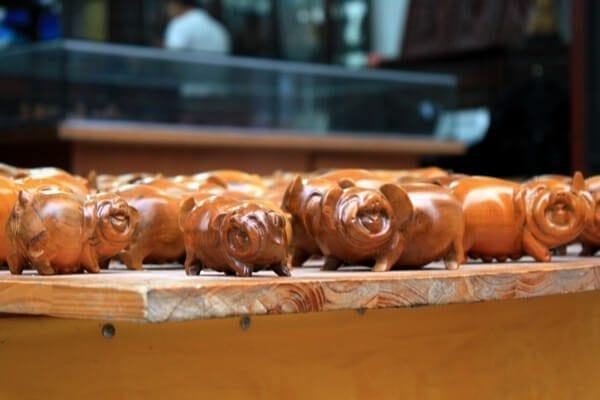 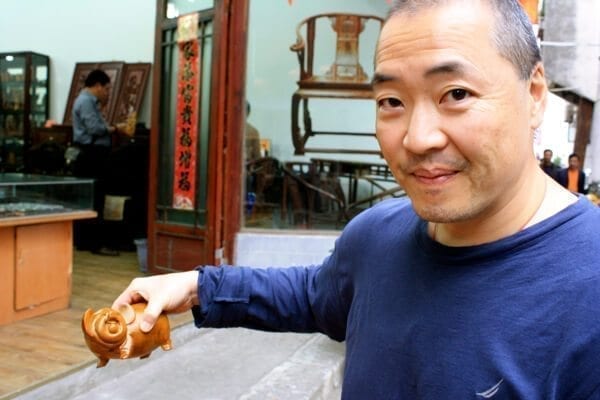 They also have a couple side streets dedicated to restaurants and little cafes. This is where the “new” really came into the picture…a lot of the building interiors were transformed into really cute, modern spaces. 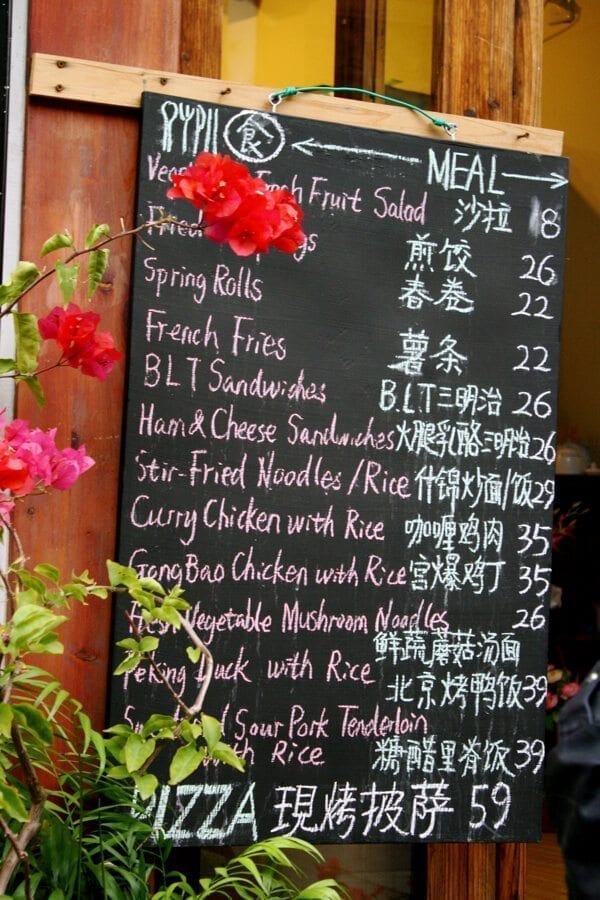 As you can see, the place isn’t exactly immune the influence of foreign tourists…

But hey, it was a nice spot to sit down and enjoy a refreshing beverage. 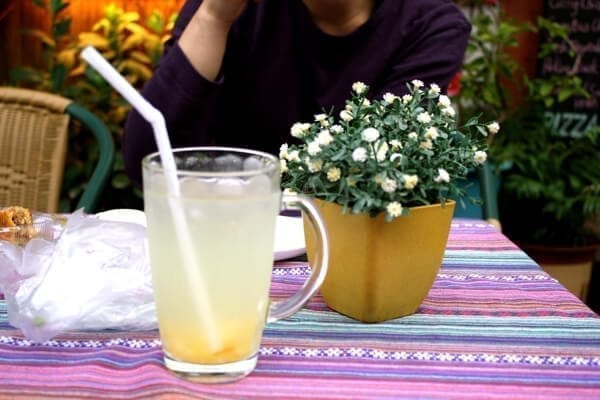 As night fell, the restaurants and street vendors were open for business. 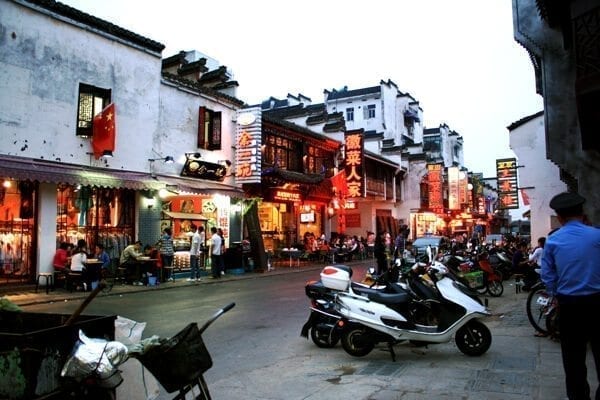 Doesn’t all that red neon and orange light make you hungry?