Chinese Year of the Snake 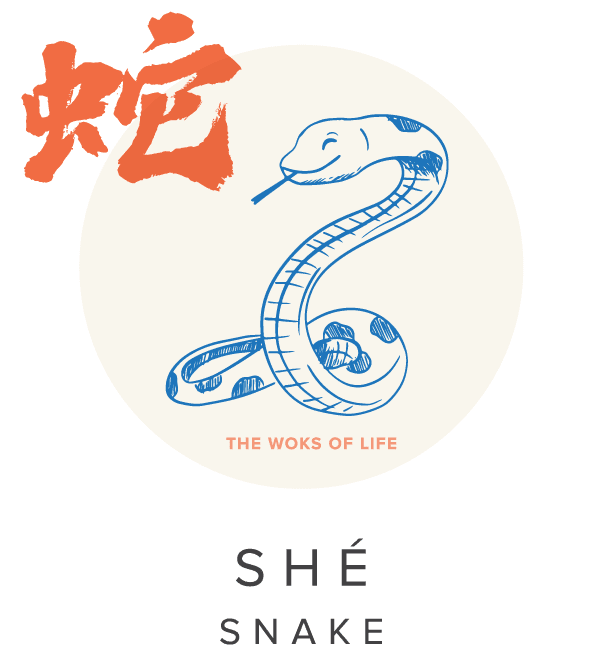 The Chinese year of the Snake is the sixth year of the 12-year-cycle of Chinese Zodiac animals, finishing in 6th place in the race to the Heavenly Gate. The old Chinese story behind this was that the Jade emperor ordered a race to select the 12 animals to be his personal guards. The animals arrived in the order of the cycle.

If you’re a Snake, read on for a few more details!

These people may be one of the least predictable in the Chinese zodiac. They can be a bit inscrutable and introverted, but their perceptiveness and wisdom is undoubtable.

While they have a strong gut, their analytical abilities can sometimes lose control, with feelings of jealousy and insecurity taking over.

Though they may come off as cold to those who aren’t paying attention, these individuals are generous, with a proclivity for building loving relationships and providing emotional support.

Compatible with: Ox, but Dragon and Rooster are best

Chinese astrology assigns each year with one of the five elements (Metal, Water, Wood, Earth, and Fire). When you combine these five elements with the 12-year cycle of animal signs, you get a 60-year cycle.

Each of those elements have associated meanings. Here they are on a rather simplistic level:

To find your Chinese element, look at the last number of your birth year:

Again, though, remember that the Chinese calendar and the regular Gregorian calendar do not line up perfectly. If you were born in January or February, check to see which Chinese year you were actually born in!

Below is the full spectrum of Chinese zodiac animals. Click on the image to look up your own sign by birth year and read more about how Judy, Sarah and Kaitlin rediscovered their Chinese Zodiac signs in Hong Kong.

If you’re looking to shower your family and friends with well-wishes and greetings or at least understand them, check out 23 of the most common Chinese New Year greetings in both Mandarin and Cantonese.