Bringing Up Barley: The Puppy Chronicles 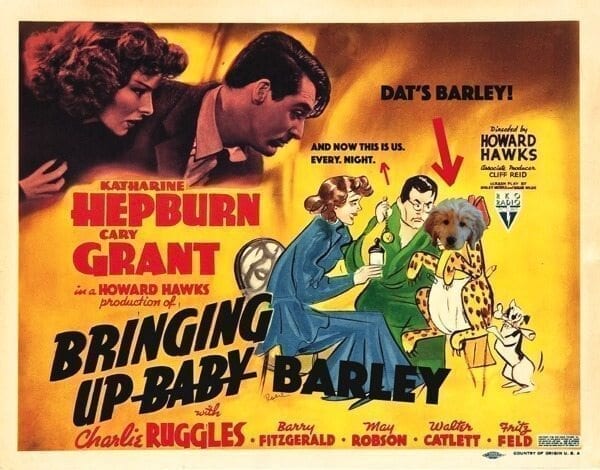 Today, we’re officially introducing you to Barley, our new puppy who will (hopefully) become the perfect dog, hence the puppy chronicles.

We have our hopes. We have our doubts. But mostly, we have biodegradable poop bags and a 32 oz. bottle of Nature’s Miracle Stain & Odor Remover.

If you have no interest in adorable photos of our new puppy (a Goldendoodle who literally looks like something you could make in a Build-a-Bear workshop), hilarious accounts of our family’s dysfunctional interactions, or instances of me dropping the word “poop” on this here food blog, then stop reading and go back to the cooking section. Because I plan on talking about poop. A lot.

It’s been about a week since we got this bundle of joy (and poop), and we thought it would be a good idea to introduce her to you all, maybe share some of the things we’ve learned from the myriad puppy books we raided our local public library for, and hopefully provide a little comfort to any puppy owners who are wondering whether they brought a puppy home, or a demon pooping machine intent on “play-biting” holes into their favorite sweater (*sniff* true story).

But let’s back up here. Some of our longer-time readers may be wondering, where’s Jake?

I hate to be the bearer of sad news…and I can barely type this out because I am a sentimental, emotional mess whenever I think about it, but Jake, the best friend, foot-warmer, and lover of leftovers, passed away this past November. The old boy was fourteen and a half years old, and widely acknowledged to be one of the sweetest dogs on the planet by neighbors, friends, veterinarians, and strangers alike.

After losing Jake, we were left with a series of dilemmas. Who would be there to curl up in front of the fireplace during our fireside blogging sessions? Whose velvety soft ears were we supposed to scratch? Who would sit by our feet while we cooked dinner? Who would be there to hoover the bits of food we dropped on the kitchen floor? Who? WHO?

This prompted a whirlwind search for a new member of the family, involving at least five local animal shelters, lots of disappointment (a LOT of people are apparently out there looking to adopt dogs, and all of them seemed to have applications in or pick-ups scheduled before us), and the most adorable bonded pair of adoptable dogs (an Old English Sheepdog named Pineapple and a Labradoodle named Mustard) that I applied for and still haven’t heard back about.

This bumbling search–coupled with the fact that after 14 years of vacuuming vast tufts of yellow fur, the family matriarch was pretty adamant about the fact that this dog could NOT shed–led us to where we are now, which is to say…with a 10-week-old Goldendoodle puppy named Barley. Here she is: 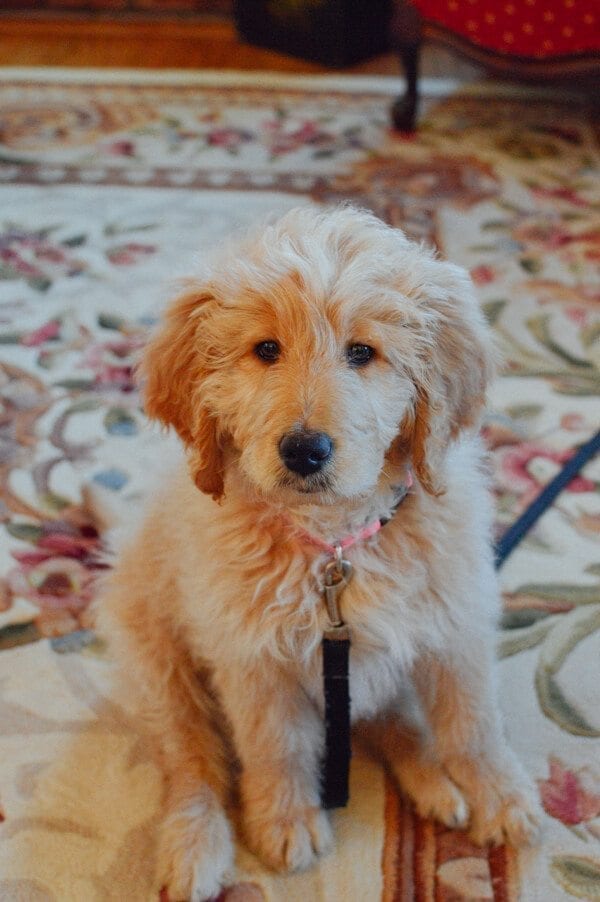 I mean seriously, is she legitimately a real dog? I can’t even deal with it.

So let me put this in perspective for you. The last time we had a new puppy, I was TEN YEARS OLD (click here for an adorable puppy photo of Jake. The peanut butter cake recipe there is kind of just a bonus).

At that time, I was in fifth grade, and I routinely dressed in neon leggings. I had an annoying cowlick in my hair that I somehow didn’t grow out of until 2004. My favorite past-times included watching Nickelodeon reruns, playing Super Mario on my purple see-through Gameboy Color, and reenacting the sinking of the Titanic in my best friend’s backyard above ground pool.

Suffice it to say that Jake’s puppyhood is a pretty distant memory, and in the past few years, we’ve gotten very used to the idea of having a senior citizen for a dog.

After our first week with Barley, we’ve already dealt with our fair share of accidents, midnight barking, shaky introductions to the crate, and the all-too-common puppy nipping/biting problem. We’re taking it one day at a time, and we’re working hard to make sure we don’t have a Marley and Me situation on our hands.

Considering our high threshold for reading puppy rearing advice in both print and on the internet, we’ve built up quite the arsenal of information, which we’ll be sharing with you guys throughout the process. We want to provide lots more stories for you guys, as well as some actionable advice that you might be able to apply with your own canine companion.