YUNGANG GROTTOES AND THE HANGING TEMPLE 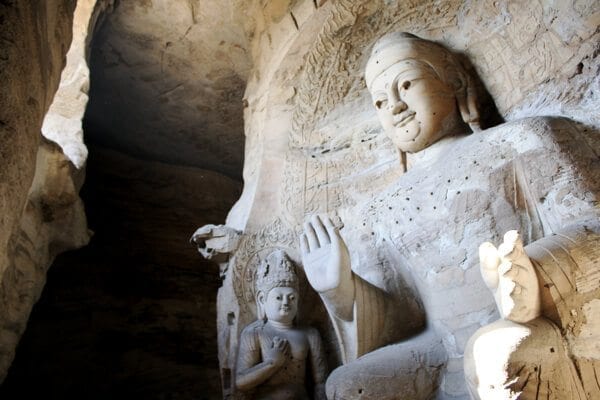 We recently took a weekend trip to see the Yungang Grottoes in Shanxi province, outside the city of Datong. We’d never heard of this place before moving to China, as it’s not quite as famous or widely known as, say, the Terra Cotta Warriors in Xi’an or the Temple of Heaven in Beijing, but we thought it was just as cool and definitely worth the visit. 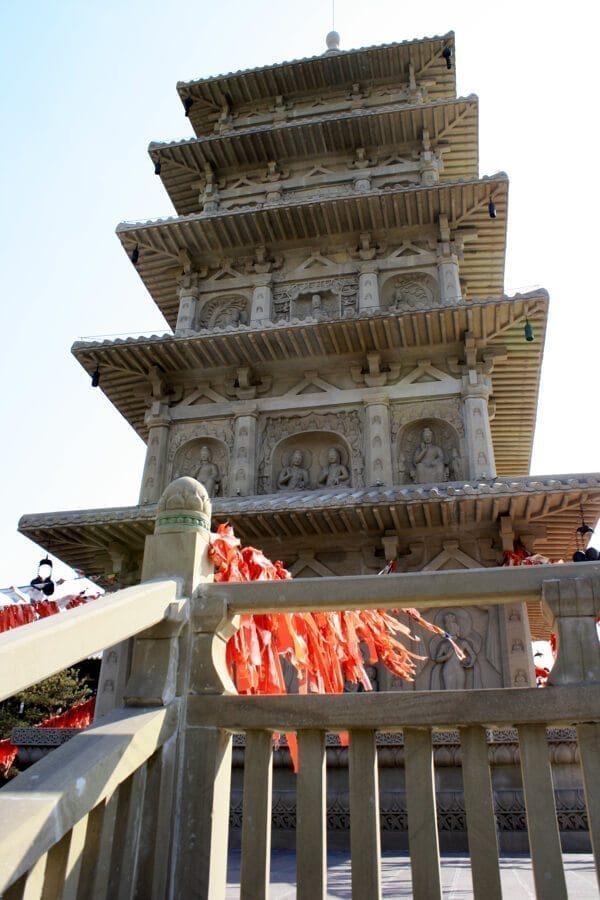 The Yungang Grottoes consist of a set of ancient Chinese Buddhist cave carvings that date back to the 5th and 6th centuries. There are over 250 caves, all roughly hewn into a series of short, stone cliff faces. Each is carved with Buddha figures ranging from tiny intricate ones to enormous, awe-inspiring sculptures, representing some of the earliest examples of Buddhist cave art in China. 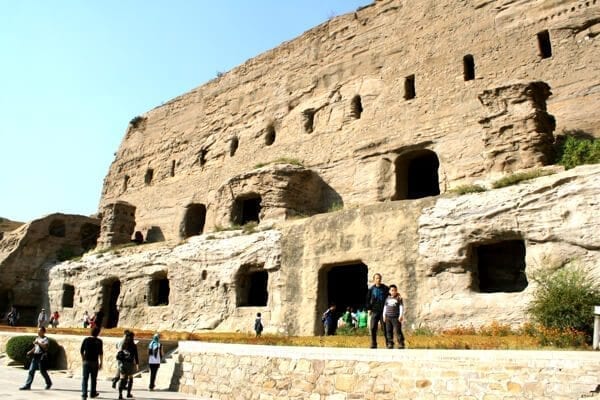 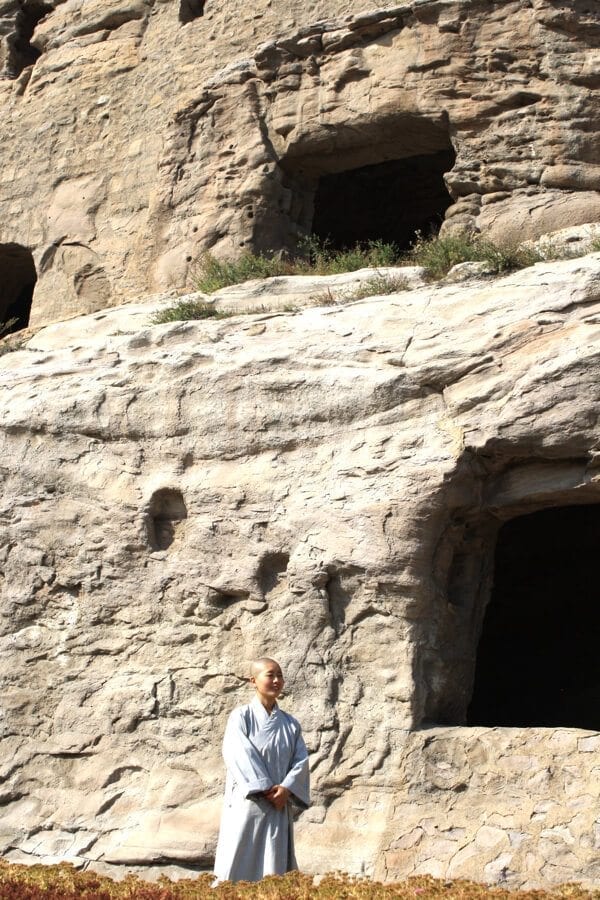 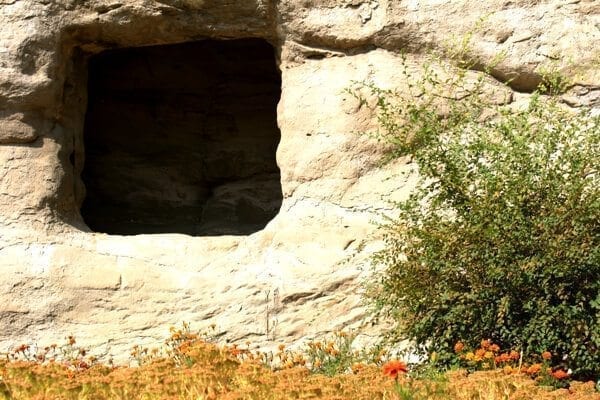 Though it was National Week (not a great week to travel, as you’ll usually have to beat back huge crowds), it was surprisingly quiet and serene. No crowds pushing toward the ticket booths or anything! This made it really easy to appreciate the beauty and majesty of the place. 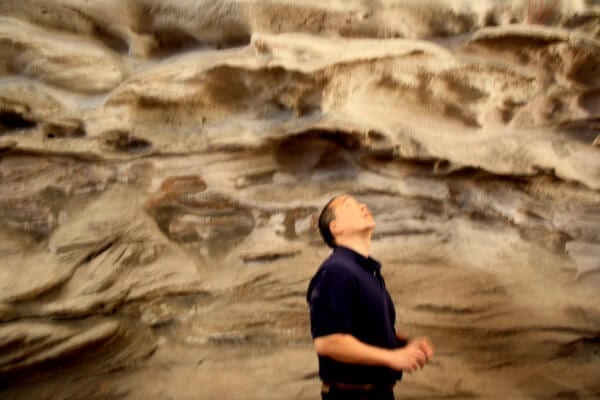 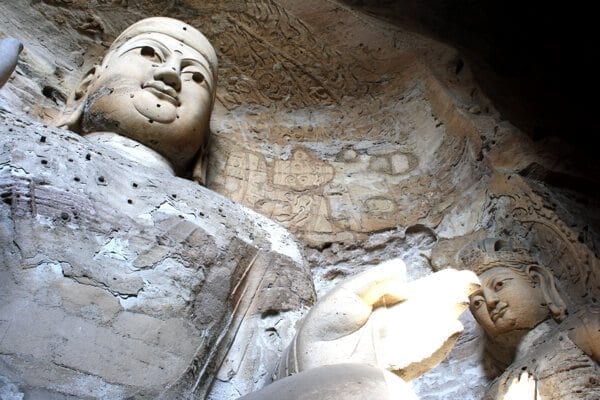 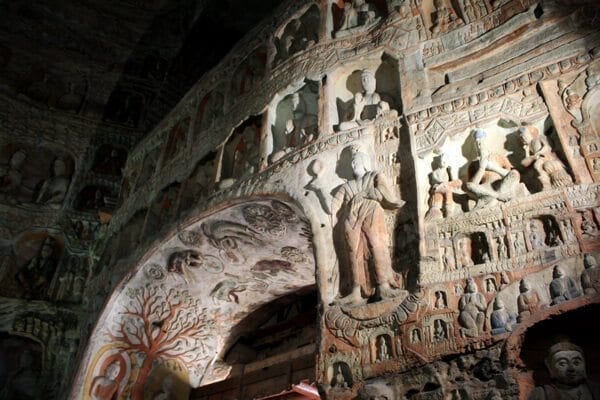 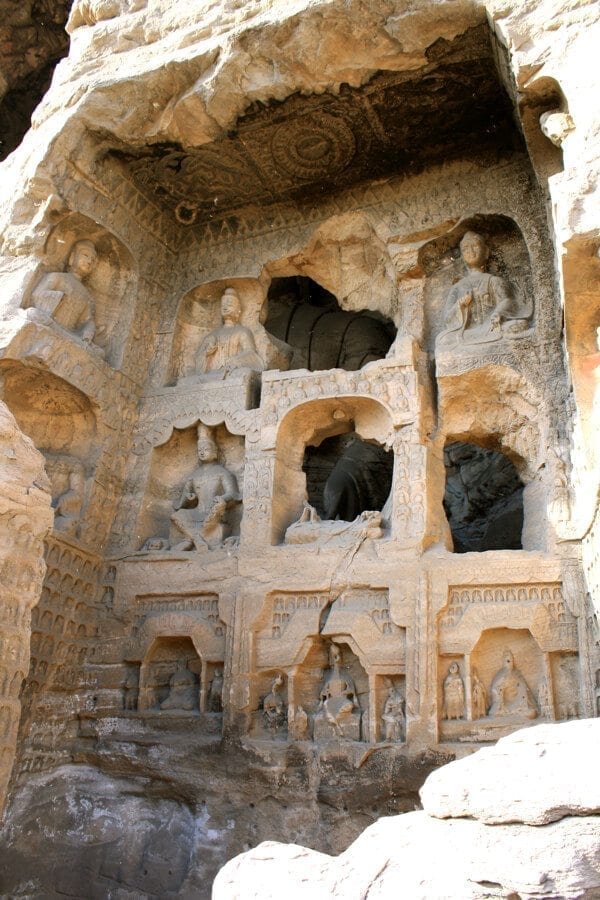 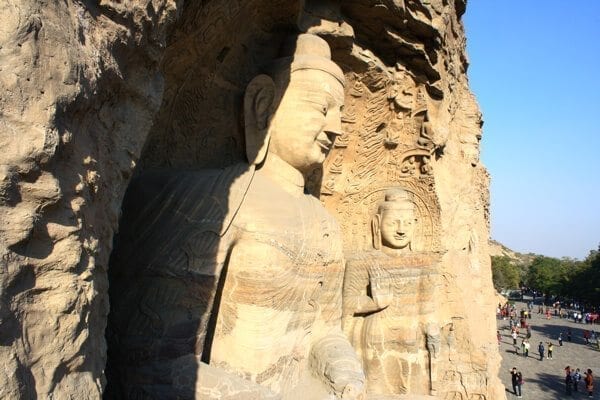 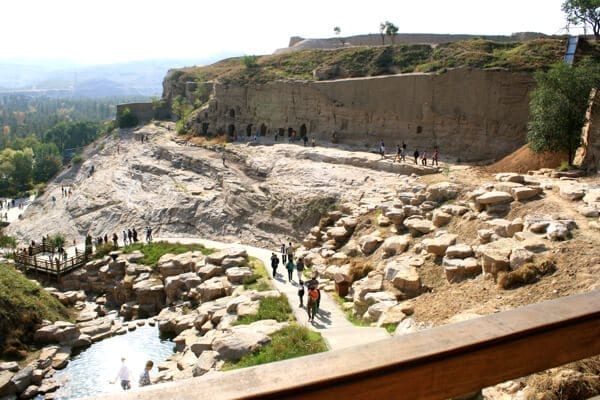 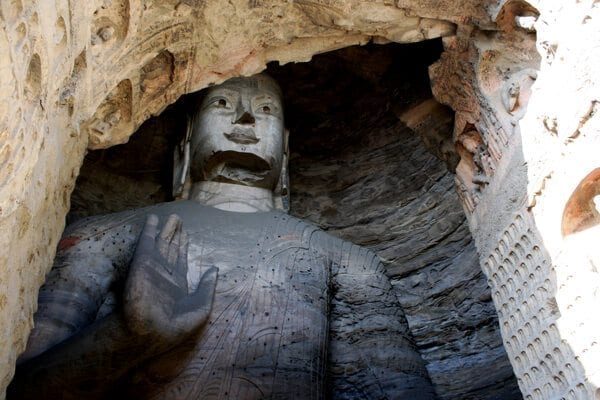 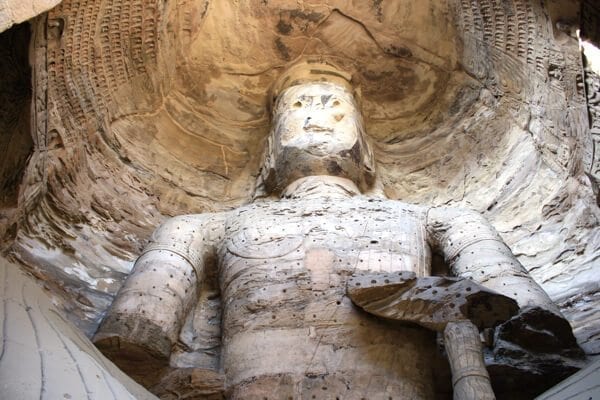 There are also a few old wooden buildings there, which were built into the stone mountain in the 1600s. Just walk up to one and it’s like a movie set, but better–because it’s totally real. 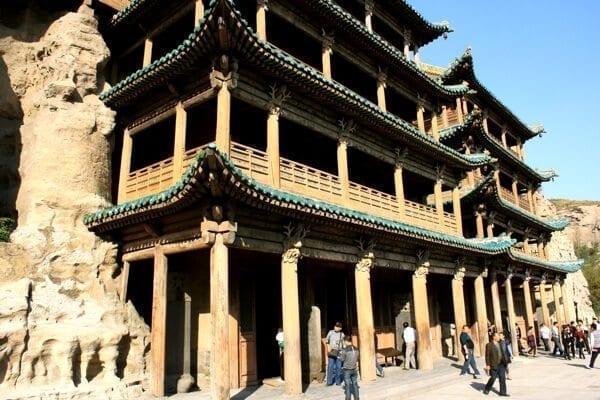 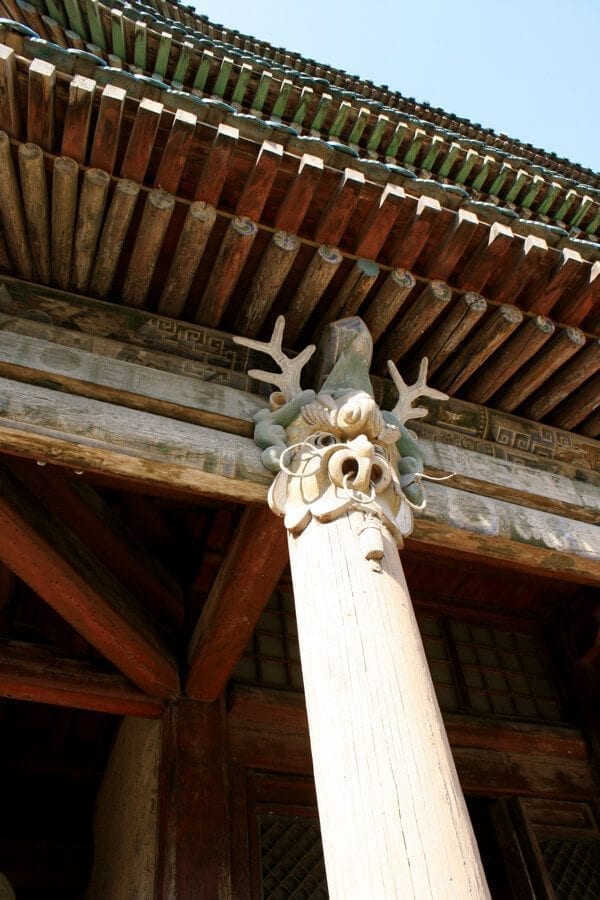 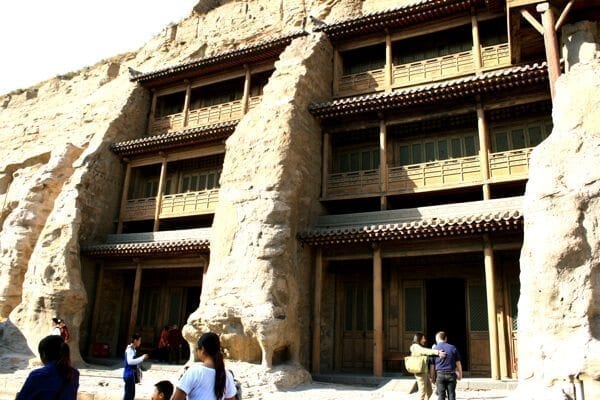 Also nearby was the Hanging Temple, an ancient Buddhist monastery built precariously on a sheer precipice, which also dates back to over fifteen centuries ago. 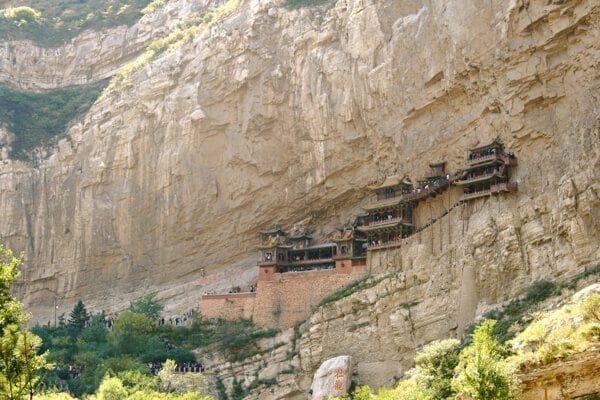 How it could have withstood the test of time for over 1500 years is mind-boggling.

You can actually line up to go inside the temple and take a look around. Unfortunately, THIS place was incredibly crowded when we got there. As you can probably tell by the zig-zagging line of people in the photo, there was a three-hour wait to get inside the temple. But as long as you DON’T follow our example and avoid going during the height of the local tourist season, you should be fine.

If you’re into Buddhist art, architecture, culture, or really really really old stuff, then these are some of the coolest sites in China to visit.