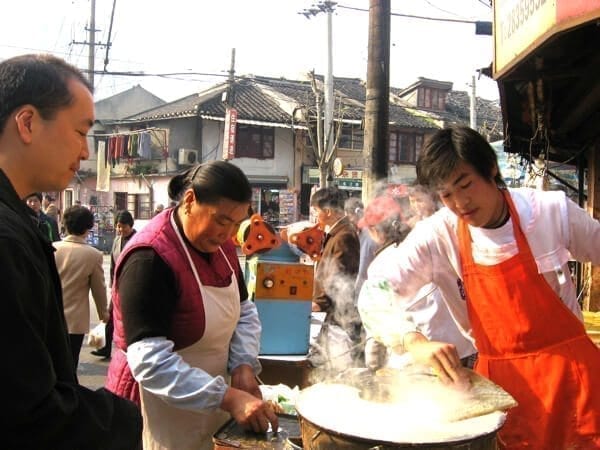 In 2007, we went on a family vacation to Shanghai. We had been there before, but only as young kids in 1997—I was in kindergarten and my sister was in second grade. Needless to say, I only have a few strong memories from that first foray: a delightful red umbrella with little ears on top, an awesome pair of silver sandals, and eating snake and thinking it tasted like fried chicken. That’s basically it. Those sandals were awesome, man. I felt like a rock star.

So by 2007, I was eager to soak up the sights, sounds, and tastes of China yet again. Plus, hours of watching food and travel television meant that we were keen to find some tasty street food!

Our first morning, we ventured out of our hotel to find the streets crowded with people, busily getting ready to start the day. After a little bit of wandering, what should we stumble upon but an entire street lined with breakfast goodies! Milk Tea, scallion pancakes, soup buns (tang bao), and fried pork buns. Our jaws dropped—could we have found anything more perfect?! 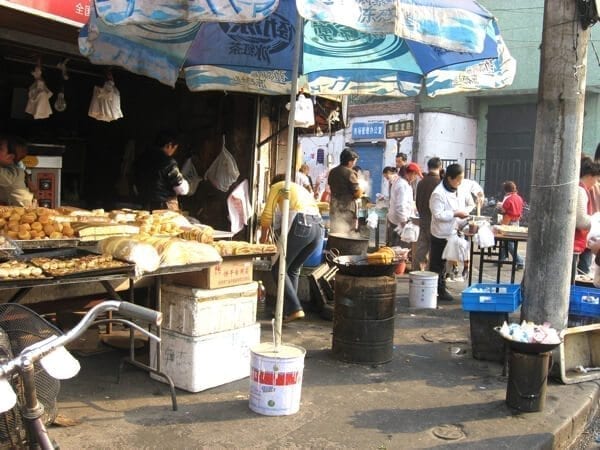 We scoped out the scene for a bit and noticed that one station in particular was crowded with people. The line was moving fast though, and my dad, in typical fashion, got in line (“If they all want it, I want some!”). After a bit of neck craning, we realized that they were making Jian Bing, a flat crepe type concoction with a scrambled egg, sweet bean sauce, hot sauce, cilantro, scallion, and a piece of crispy fried dough, all wrapped up in a convenient package. Dang it looked good. As people shuffled away with their breakfast treat, we tried to get a better idea of what it looked like, but my dad and I, though Chinese, might as well have been total gringos. We had no idea what we were doing—we just wanted breakfast and a jian bing breakfast was in our sights!

When it was finally our turn, here’s how it went: There was a young guy who did the heavy lifting—spreading out the thick batter with a paddle over the sizzling hot griddle, and cracking the egg.

Then he’d flip the whole thing over so the egg side crisped up on the griddle. Next to him was an older woman, who, in perfect sync, spooned on the extras after the pancake was flipped—the bean sauce, scallion, cilantro. 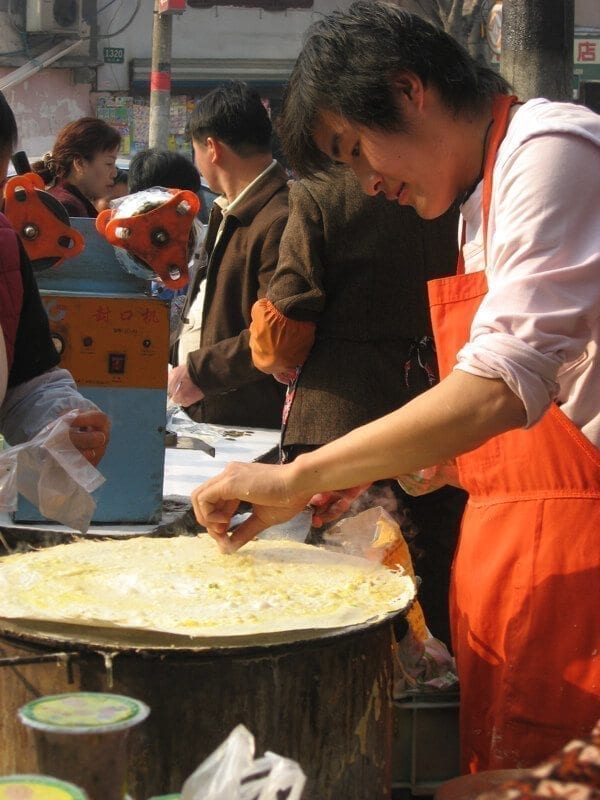 The old lady would ask if you wanted your jian bing breakfast to be spicy, and with a grunt of approval, a healthy dollop of chili sauce was spooned over the whole thing. She handled the moolah too. 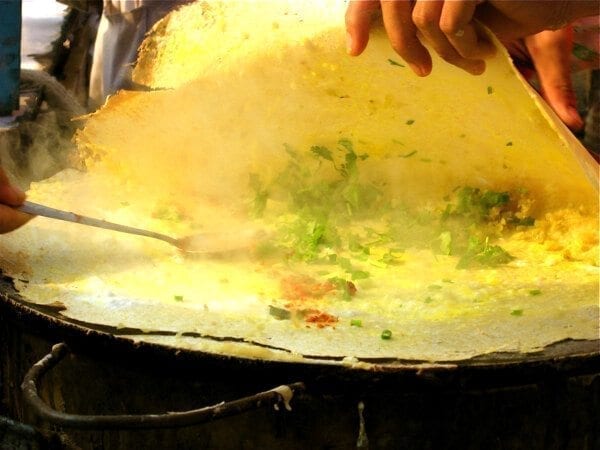 The young guy distributed everything evenly, and—wait for it—nestled a fried piece of dough (you tiao) in the center before expertly flipping and folding it into a tidy plastic bag. 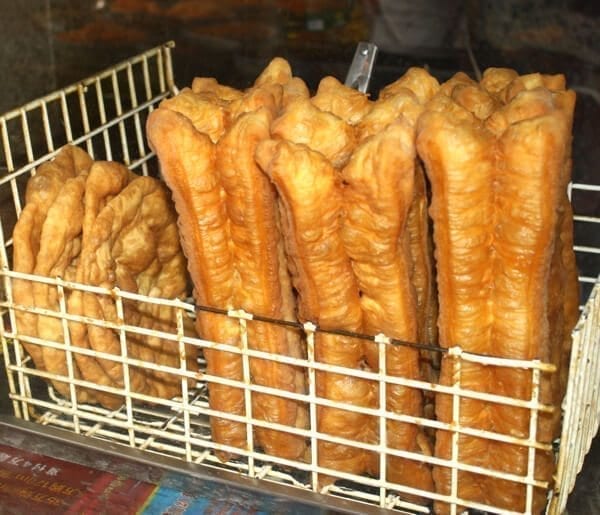 Mmm, jian bing breakfast. It was just about one of the best things I had ever eaten. Seriously.

Most Jian Bings that I’ve seen in Beijing come with a piece of crunchy fried dough—more of a fried cracker consistency than the soft doughy goodness that is you tiao.

And, it is definitely something that I’ve only ever seen in China, so if you visit, don’t hesitate on this one! I make it a priority every time I’m in China.