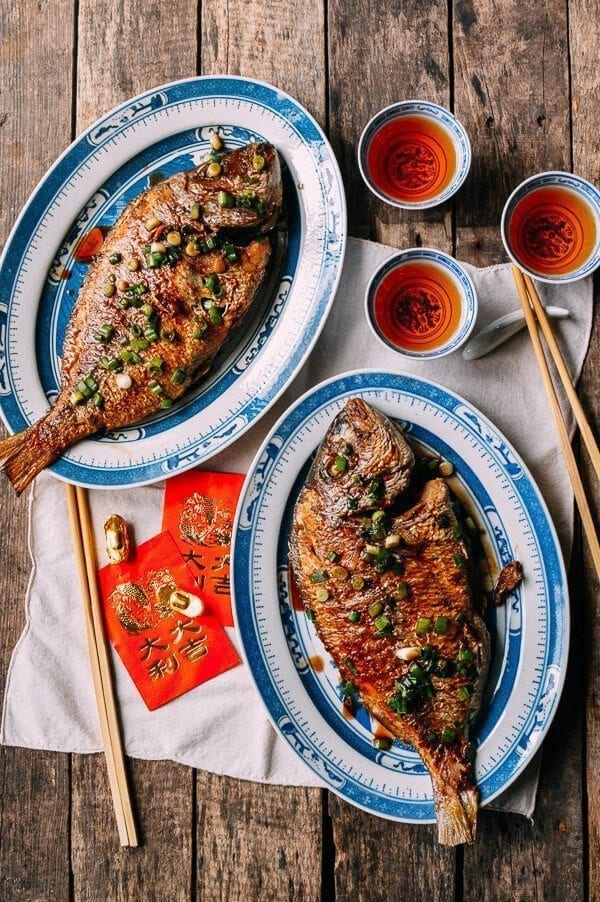 Chinese New Year, also known as Lunar New Year (to be more inclusive of other cultures that celebrate the holiday) or Spring Festival (春节 – chūnjié), is just around the corner. This year, Chinese New Year falls on February 1, 2022, beginning the Year of the Tiger.

The tiger is associated with power, rebellion, and adventure which is no surprise for such a powerful animal. People born in the Year of the Tiger have strong ethics and are not afraid to follow their passions and desires.

Chinese New Year dates are dictated by the Chinese lunisolar calendar, so it is celebrated on a different date in January or February each year.

The following table gives you a quick glance at Chinese New Year dates for the next 12 year cycle of the Chinese zodiac. Also see our post on Chinese Zodiac signs.

Take note that while the dates below mark the start of the new year, the celebration actually begins on New Year’s Eve, the night before, when families gather for a big New Year’s Eve dinner, or nián yèfàn (年夜饭).

What is Chinese New Year?

The holiday we sometimes call Chinese New Year in English is known as chūnjié in Chinese, or Spring Festival.

The holiday marks the beginning of a new year on the lunisolar Chinese calendar, which means the corresponding date on our regular Gregorian calendars shifts from year to year. Chinese New Year usually falls in late January or early February.

There are similar holidays in other East Asian cultures such as Vietnam, Korea, and Tibet at the same time, though they are culturally unique. Thus, the broader term for this collection of holidays is Lunar New Year.

In China, it is a more than two-week-long celebration, starting with New Year’s Eve, and ending with the Lantern Festival, known in China as 元宵节 (yuánxiāo jié), on the 15th day of the year.

Officially, it is a 7-day public holiday in China, during which businesses and schools are closed.

Chinese New Year is a time to be home with family, prompting a huge migration of people across China to their home towns and villages.

Eating, drinking, cooking, and catching up on things that happened in the past year are among the activities including and enjoying the important Chinese New Year’s eve meal together with close family.

The days following Chinese New year are all about visiting extended family and friends to exchange more good wishes, red envelopes for children and elders, and of course, enjoying delicious traditional foods together.

When is the year of the tiger?

You may know that the Chinese Zodiac consists of twelve animal signs, but each year also includes one of the 5 elements, metal, water, wood, fire, and earth.

Each of those elements have associated meanings. Here they are on a rather simplistic level:

(Though technically, if you were born in January or February, you could’ve been born in the prior lunisolar year, the year of the Ox).

What is the Lantern Festival?

The most traditional food of the Lantern Festival is called yuán xiāo, also known as tāngyuán, which is a glutinous rice ball usually filled with sweet bean, peanut or sesame paste.

They also come in smaller sizes without filling, mixed with fruit and jiu niang, a sweet fermented rice (check out Judy’s recipe for an example).

You may also see savory tang yuan, which are often served around the Winter Solstice.

When is the Lantern Festival 2022?

Prepare your lighted lanterns ready to hang outside for the night of the festival and if you’re not making your own tang yuan, be sure to buy them early from your local Chinese market or they will be sold out!

We will have much more Chinese New Year content in the coming weeks, so stay tuned!