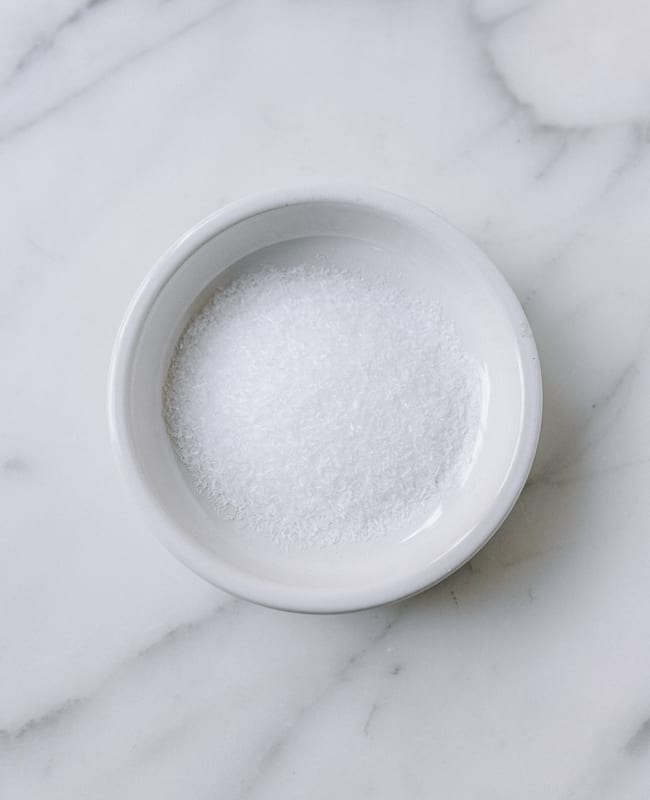 Chances are good that you’re familiar with the negative reputation of monosodium glutamate (MSG).

The stigma began in the 1960s, when a biomedical researcher published a letter in the New England Journal of Medicine. It asserted that consuming MSG could lead to physical discomfort such as headaches, sweating, heart palpitations, and insomnia.

That’s when people began forming negative associations with dining at establishments using MSG or buying packaged goods that contained it.

In recent years, however, the supposed negative side effects of eating MSG have been largely debunked. While some studies have found that some people experienced headaches and other minor symptoms in response to MSG, the U.S. Food and Drug Administration says that the ingredient is “generally recognized as safe.” That is, it is fine to eat as long as you’re not downing bottles of the stuff daily and don’t have particular sensitivity to it.

You might be surprised to find how many processed foods, seasonings, and condiments include MSG, or similar compounds like disodium guanylate.

So what is MSG, and why do we use it? Does it deserve a place in your spice cabinet or pantry? We’ll explain everything in this article.

What Is Monosodium Glutamate (MSG)?

Monosodium glutamate (known in Chinese as wèijīng, 味精) is the synthesized version of glutamic acid. Glutamic acid is an amino acid that shows up naturally in many foods, including tomatoes, parmesan cheese, and mushrooms.

In 1908, Japanese scientist Kikunae Ikeda invented MSG by trying to replicate the savory taste of kombu, or kelp.

He figured out that the desirable umami flavor of the seaweed came from its glutamic acid, which could be isolated and stabilized by adding sodium.

Today, most MSG comes from a bacterial fermentation process. The result is a crystalline substance that looks something like table salt.

It’s available in plastic packages or spice jars, making it easy to add a dash to stir-fries or soups for a little extra “oomph.”

We don’t have to tell you that MSG is much-maligned in the food world, even though it is technically a naturally occurring substance.

If you eat processed foods or use prepared spice mixes and sauce or dressing mixes, chances are that you are already consuming it in small quantities.

How Is MSG Used?

By itself, MSG doesn’t taste like much. The magic happens when you add it to savory dishes. It creates instant umami.

Umami means “savory” or “essence of deliciousness” in Japanese. Along with sweet, salty, bitter, and sour, it is one of the big five “tastes” we can sense. MSG and umami are two sides—one has a negative connotation, and one has a positive connotation—of what is essentially the same coin.

MSG is an easy way to amplify the taste of savory foods. That’s why it became common in Chinese restaurant cooking.

You’ll find that the vast majority of our recipes at The Woks of Life do not use MSG, because there are many other ways to add a tasty kick to food. However, we are not opposed to using it!

Some chefs may prefer to add a pinch of when cooking dishes like Fried Brown Rice or Egg Drop Soup. We think it adds major flavor when cooking stir-fried leafy greens, like bok choy or water spinach (ong choy).

When we eat out at Chinese restaurants, we can immediately tell when it is used, especially in these stir-fried green vegetables. We’re not gonna lie—there is definitely an improvement in taste!

In other words, we may not put it in everything we cook, but we do like to have it on hand for certain applications.

Older generations in our family used to joke that adding MSG to cooking was like adding a touch of sifu (meaning “master” or in this case, “master chef”).

You don’t need much, and it can certainly enhance the taste!

That said, we know MSG remains a controversial ingredient, and that many home cooks and diners would rather it not show up in any of their food. You can certainly ignore this article and continue to avoid it, but our family’s perception is that MSG is no longer a “bad” thing.

MSG is not difficult to find, as long as you know what to look for. Aji No Moto is probably most recognizable brand. It is the “original” version manufactured after Kikunae Ikeda’s invention.

However, many brands produce it with labels like “umami seasoning,” “umami powder,” and “flavor enhancer.”

Asian grocers are most likely to stock MSG, but you may also find it at local grocery stores that have a large spice and seasoning selection. Of course, if all else fails, it is widely available online via Amazon and other web vendors.

MSG is usually far cheaper than many of the other Chinese seasonings we use, so if you’re looking for an economical way to boost the umami in your cooking, you can feel free to give it a try.

Like sugar and salt, the shelf life of MSG is basically indefinite. Just be sure to store it in a cool, dry place.