A Weekend in Buffalo 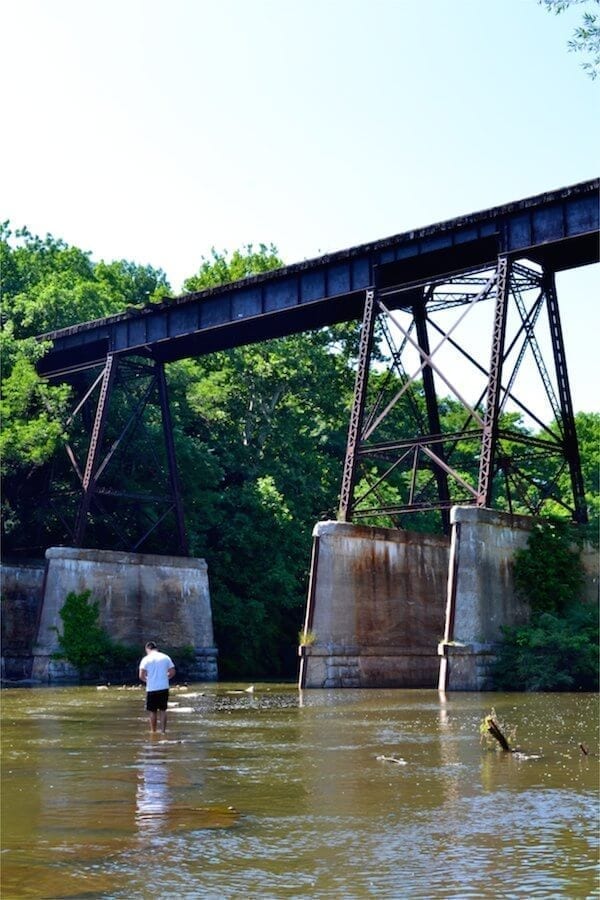 After getting off work last Thursday, I jumped on the subway, a shuttle bus, and then a tiny plane, which sped me away to weekend in Buffalo, NY. My youngest cousins on our dad’s side were graduating from high school, so I thought I’d bear witness to the ceremony that officially ushered the youngest amongst us into adulthood (and enjoy the delights of suburbia: grilling, car-driving, green grass, and dog-walking. Ahhh…)

But what exactly does one do on the weekends in Buffalo, you ask? I mean, I knew going into this that compared to other locales, the suburbs of Buffalo are somewhat lacking in diverting and stimulating activities—and that’s putting it mildly. But my cousins didn’t disappoint, and the first thing we did was go fishing on Lake Erie! I may be a city mouse for the time being, but camping and fishing was childhood bread and butter for Sarah and me. 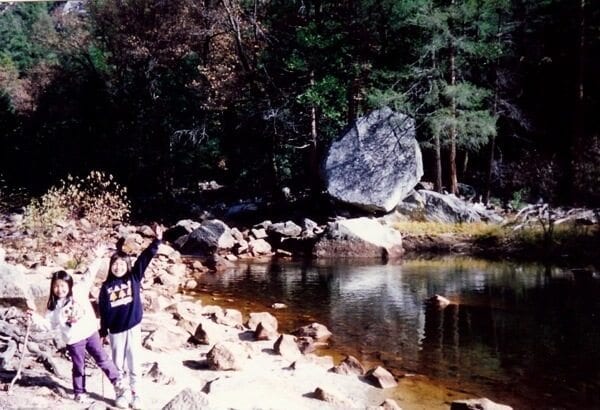 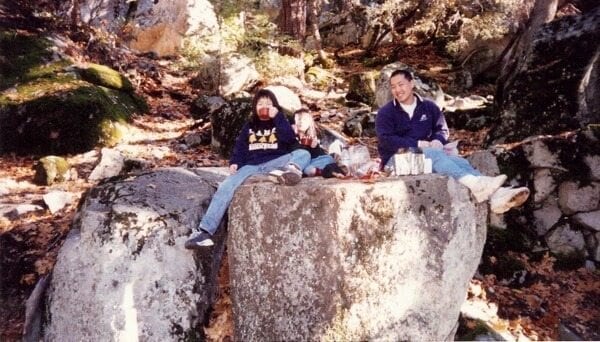 So we packed up the fishing rods, tackle boxes, and some snacks, and headed to the docks to see if we could catch us something. We were led by my cousin Chris, who, being a bonafide Eagle Scout, supposedly knew where the good fish were. We distributed the fishing rods, attached our lures, and got to work.

I ended up catching a minnow with our net to use as bait, much to my delight (little did I know that that would be my only catch of the day). After a half hour of dropping our hooks into the unpromising depths of the docks (and me running around trying to corner small schools of minnows with the net), we decided to head over to another local spot at which Chris—whose credibility as an “Eagle scout” was hanging by a tenuous thread at this point—assured us there would be fish. 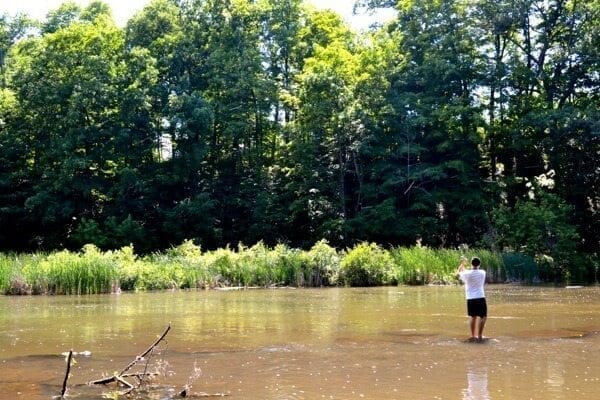 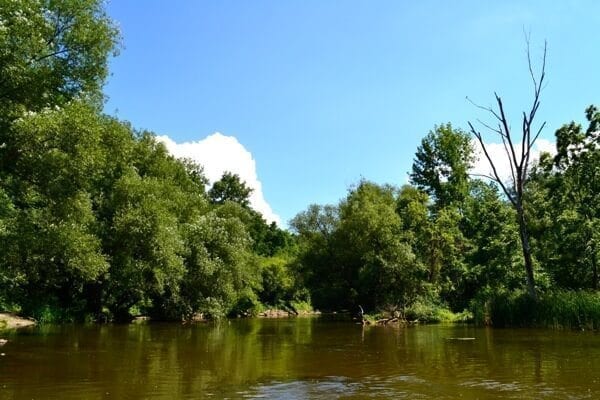 The creek is a popular area where people often fly fish or catch salmon when it’s in season. There was a convenient path of flat rocks to fish along and a rather photogenic bridge. 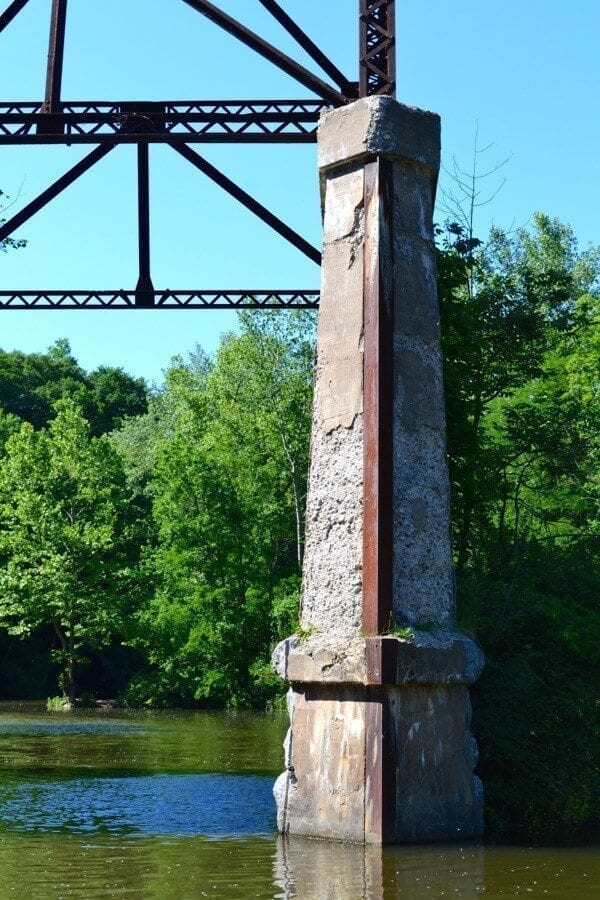 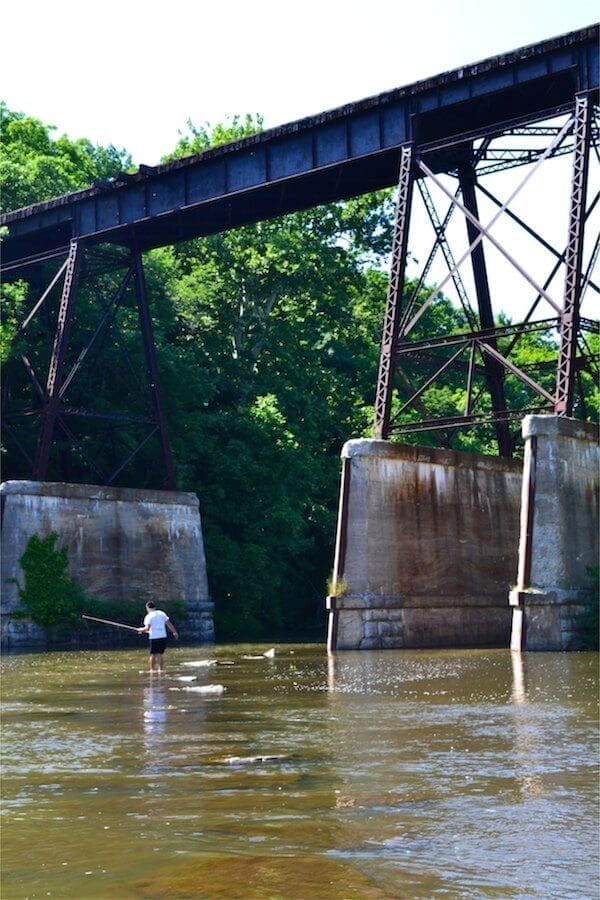 The creek was fenced in on all sides by thick woods, which seemed to be supplying an abundance of fluffy white pollen that floated along on the wind.  If you didn’t know it was pollen, it would look like a summer snow flurry. It was a pretty magical place. Very…A River Runs Through It. 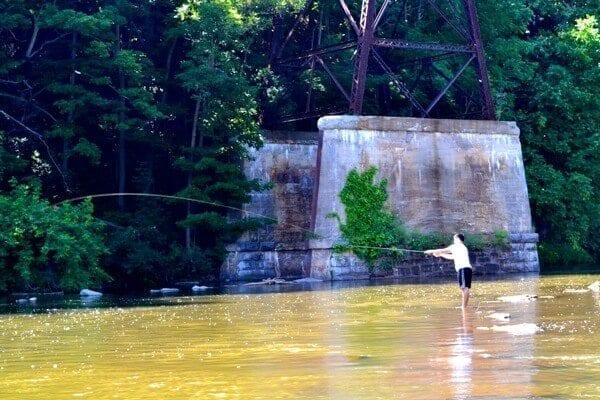 We all settled in for the waiting game, and before long…a fish! A small-mouth bass to be exact.

…which Chris dropped before I could wade over to get a photo.

But there’s always another fish in the sea…er, lake…er, creek…

And we caught another two! 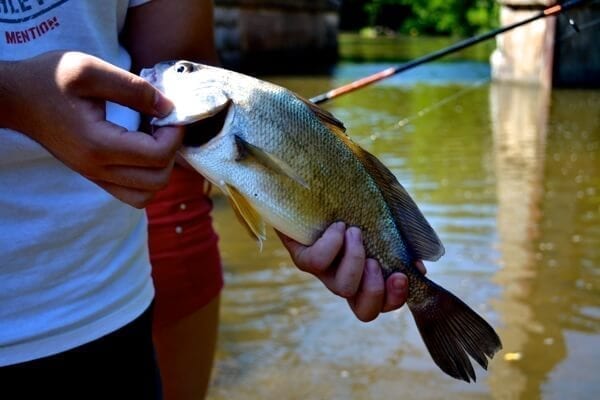 Nothing quite captures the amazing thrill of catching a fish after a couple hours of zero action. In the end…the fruits of my labors were limited to that one tiny minnow. But it was a great day, nevertheless. 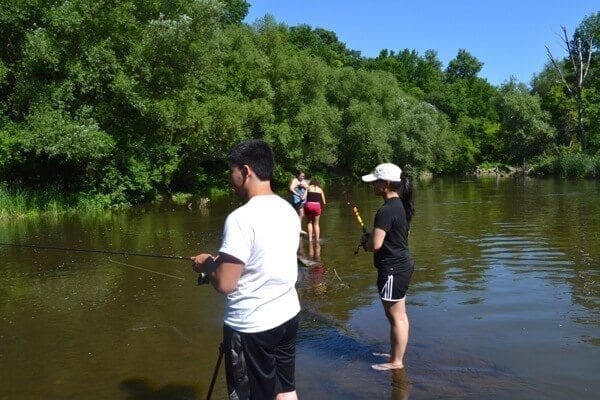