Sesame Oil: Everything You Need to Know 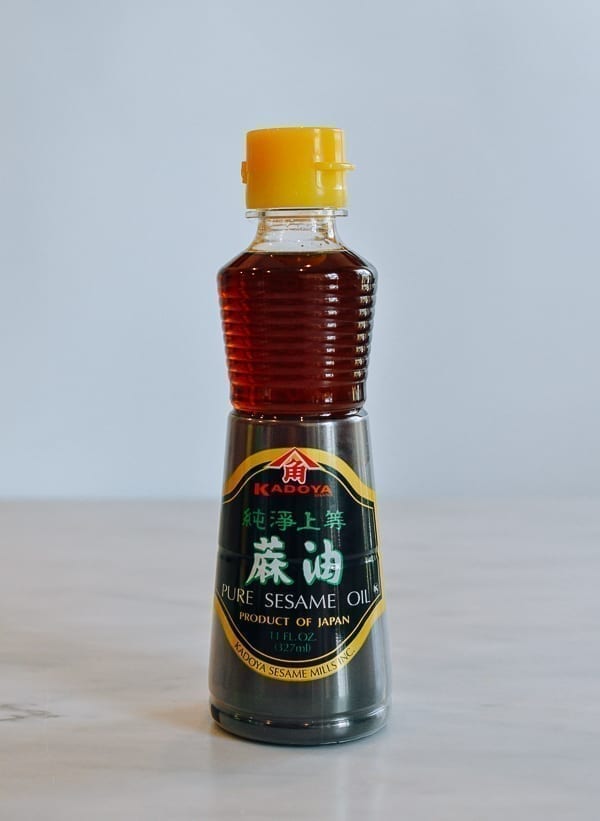 Sesame oil is a key ingredient in our list of 10 Essential Chinese Pantry Ingredients. It’s one of those Asian staples that has made its way out into the mainstream. These days, even regular grocery stores stock it.

It can quickly add that “Asian” twist to any recipe, and it’s an important flavor agent not just in Chinese cuisine, but also the cuisines of Japan and Korea. Let’s take a closer look at what to look for at the store and important tips on how to cook with it.

What Is Sesame Oil?

Sesame oil––zhīma yóu (芝麻油) in Mandarin or ma yeow in Cantonese––is derived from sesame seeds. It comes in non-toasted and toasted varieties. You can easily tell the difference. The non-toasted oil has a light color similar to vegetable or peanut oil, while the toasted variety is much richer and darker in color. 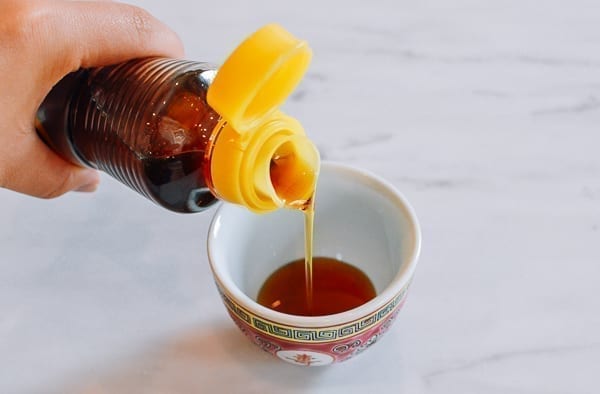 When we call for it in recipes, we mean toasted. We don’t even buy the non-toasted stuff. Toasted sesame oil has a strong flavor, and its nutty aroma is an essential part of Asian and Chinese cooking.

The non-toasted kind is much milder in flavor, and can be used for sautéing. Toasted and non-toasted sesame oils are not interchangeable!

As for the toasted stuff, you may find brands that are slightly lighter in color than the dark amber oil shown above. The lighter colored oils come from lightly roasted sesame seeds and will be more mild in flavor. The darker variety is more common, and it’s what we buy! 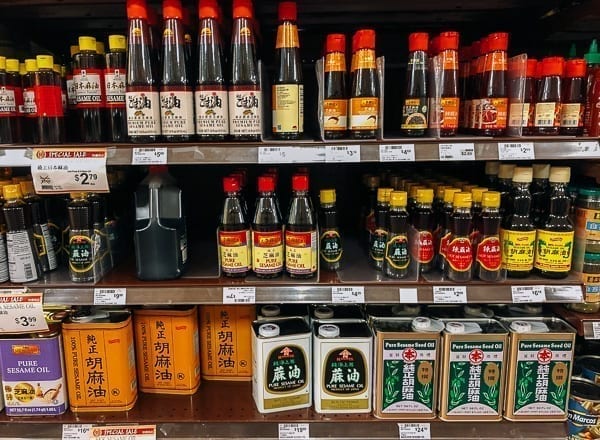 How is Sesame Oil Used?

Because cooks value it for its flavor and fragrance, toasted sesame oil is used in Asian cooking as a seasoning rather than a cooking oil.

Not only is it expensive to cook with, it has a very strong flavor that makes it unsuitable as an all-purpose cooking oil. Furthermore, because the sesame seeds are toasted to make the oil, it can develop a burnt flavor in a hot wok. In most recipes, it’s typically added in the last stage of cooking or used in marinades, dressings, and sauces.

We’ll sometimes add 1/2 a teaspoon to a meat marinade in a stir-fry. We’ll use larger amounts in dressings for recipes like our Smashed Asian Cucumber Salad. In that particular dish, its rich, nutty flavor rounds out the sharpness of rice vinegar and the heat of chili oil. 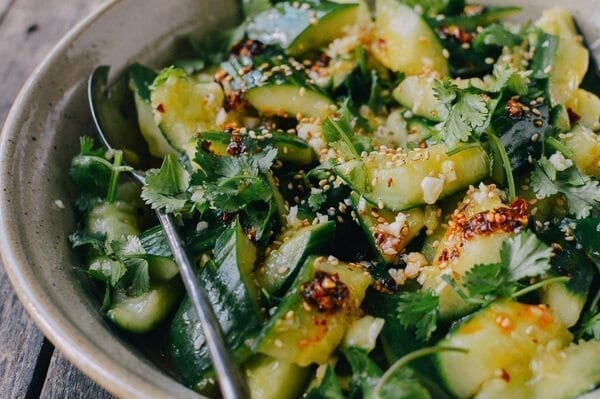 Though it’s a tasty ingredient, pay attention to how much you’re adding, as the pungent sesame flavor can easily overpower a dish. When following a recipe, measure it out!

It was once also used for medicinal purposes! In Traditional Chinese Medicine, sesame oil is said to improve circulation, warm the body, and nourish hair. On our blog, we have a recipe for Taiwanese Sesame Oil Chicken Soup, which is sometimes made to help strengthen the health of new mothers as well as the elderly. 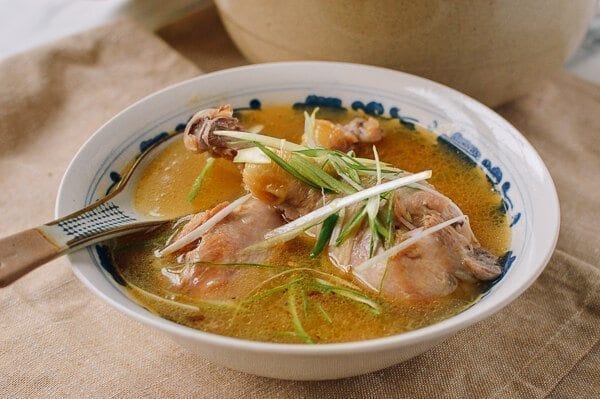 As for non-toasted sesame oil, we hear that some bakeries in Japan have begun to use it as an alternative to butter! It can also be used for cooking and sautéing, as you would use vegetable oil.

Kadoya is a solid brand that we’ve used for years. The oil is pure (not blended) and has a strong, nutty sesame flavor. 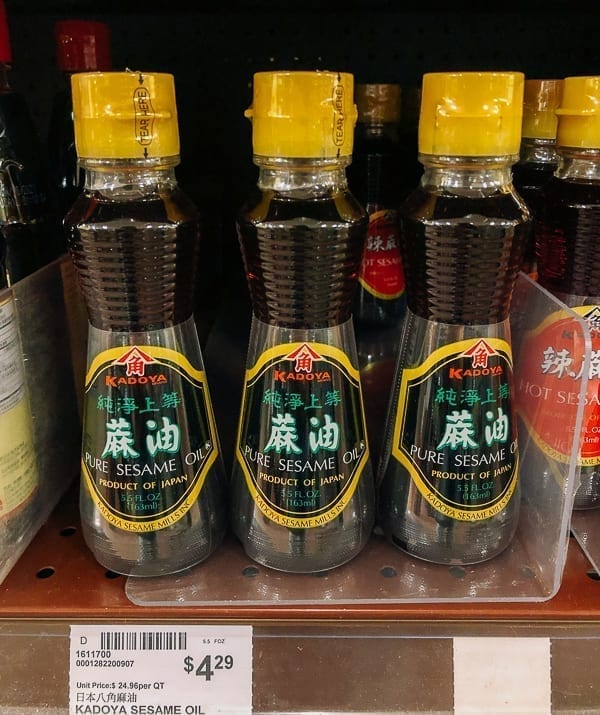 Sesame oil keeps well and does not spoil easily. The 11-ounce size is the more economical choice than the 5.5 ounce bottles. In fact, we buy it in a large metal can and use it to refill the bottle we keep on hand in the pantry. 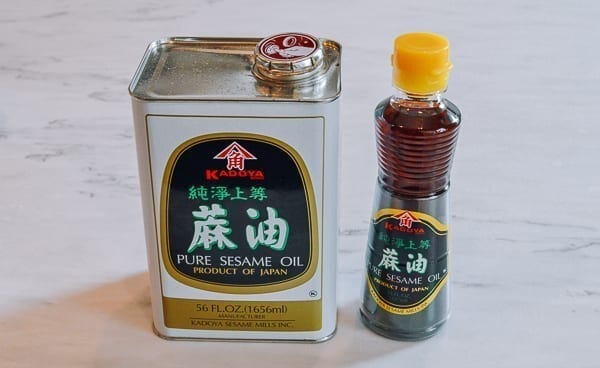 If you use it quickly (we certainly do in our kitchen), it does not require refrigeration. Simply keep it in a sealed container (the bottle it comes in should have a cap that snaps back into place) in a cool, dark place like a pantry or cabinet. It will last this way for several months.

If you’d like to keep it longer, or don’t do as much cooking, you can refrigerate it. This may cause the oil to turn cloudy, but it will not affect the flavor.

There are many brands available in Asian grocery stores (usually Chinese or Japanese). You may even be able to find it in regular grocery stores. If not, and you don’t have an Asian market near you, you can purchase it online.

Just look for pure, toasted varieties, and pick a brand that you like best. You’ll likely find products originating mostly in Japan, and some from China. The brand we buy is Japanese. 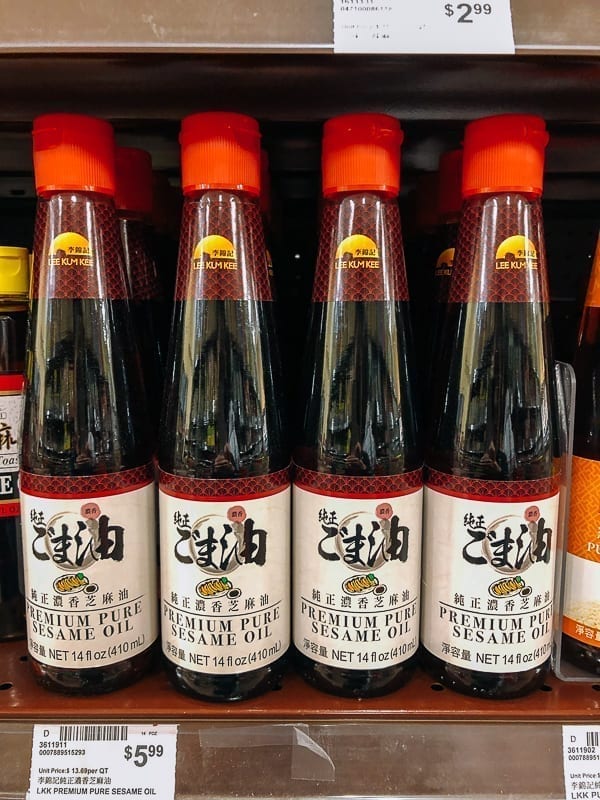 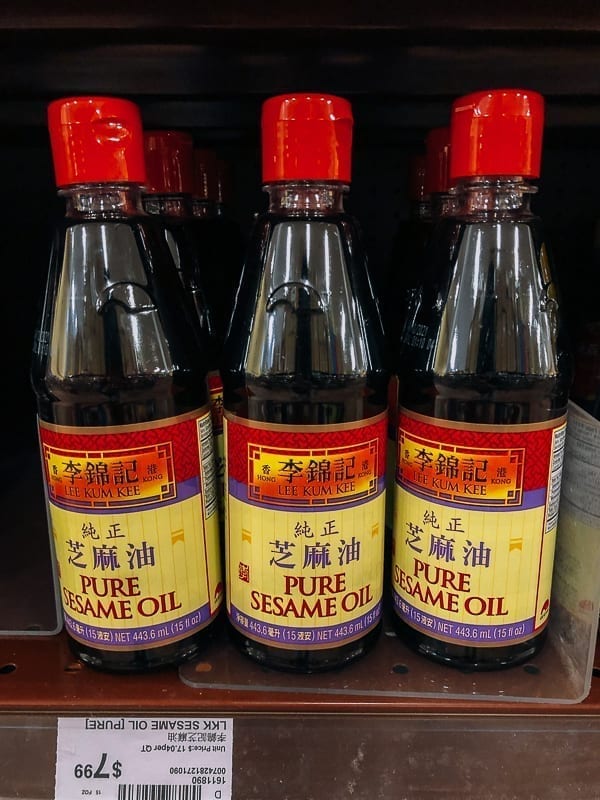 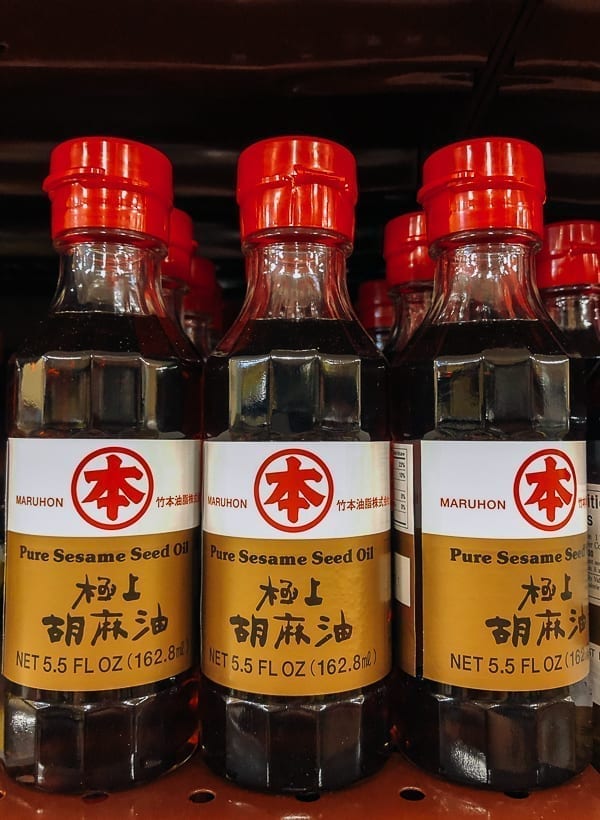 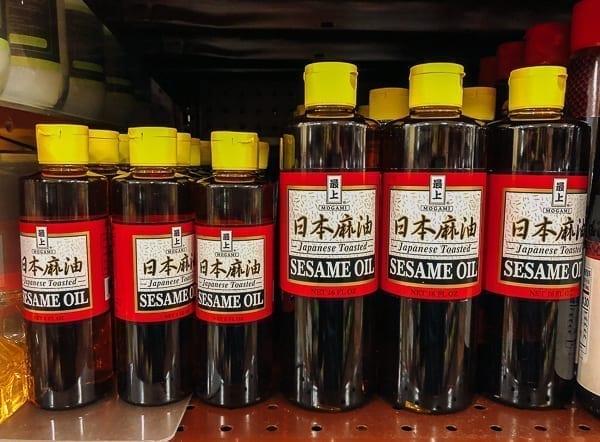 Sesame oil is relatively easy to find in grocery stores these days. But if you’ve run out and are looking for a sesame oil substitute, you can use Chinese sesame paste or tahini, which will actually have oil floating on top.

If you’re allergic to sesame, substitute peanut oil or walnut oil. If a recipe calls for very small amounts (less than a teaspoon), simply omit it.

If you have further questions, let us know in the comments––we try to answer every single one. You can also share your favorite ways to use sesame oil, or your favorite brands!