by: Judy
19 Comments
Jump to Recipe 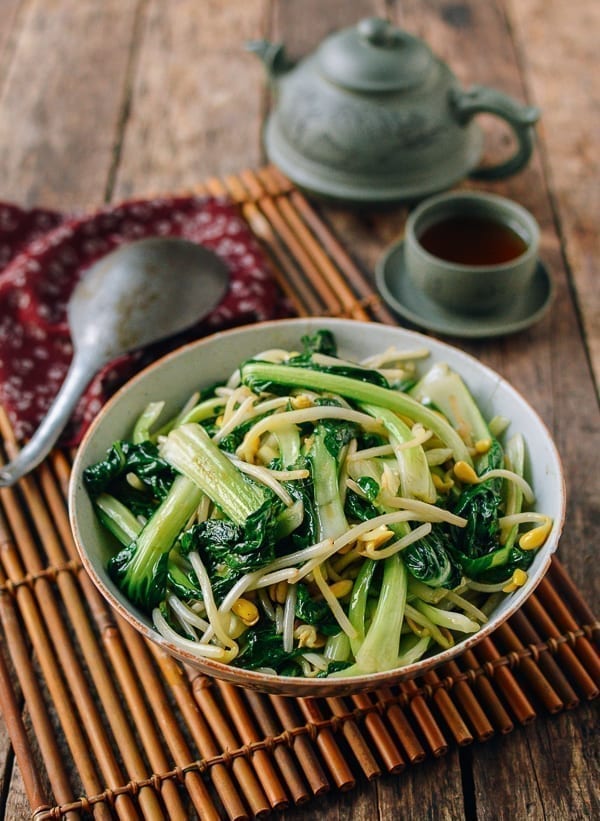 We have more very exciting “heavy-hitter (硬菜, yìng cài)” recipes planned for the coming weeks. Nearly everything we post from now until the end of January will be Chinese New Year related, so make sure you don’t miss any!

What Is Ru Yi Cai?

Ru Yi Cai is a Chinese New Year dish. Each family has their own version, and not all are vegetarian. The one common ingredient, however, is soybean sprouts.

Here, I have to digress to explain about the soybean sprouts without getting too technical ru yi is a curved decorative object almost like a scepter, with a long handle and round head––a shape reminiscent of a soybean sprout!

The word ruyi combines the word rú (如, like, as, accord with) and yì (意, wish, desire, meaning, imagination). The origins and connection between the term and the object aren’t fully known, but it was also featured in the famous Chinese folk tale, Journey To the West. In the story, the famous Monkey King wields a “如意金箍棒” (rúyì jīngū bàng), loosely translating to, “As-You-Will Golden Weapon,” a magical weapon that follows the command of its owner.

That story and others contributed to the ruyi becoming a ceremonial relic and symbol of power and good fortune!

All this is to say that those little soybean sprouts in this dish hold some heavy meaning! Since it represents a wish for all dreams coming true in the new year, Ru Yi Cai is never absent from our Chinese New Year menu. After all, this is a holiday all about auspicious symbolism, hopes, and aspirations! 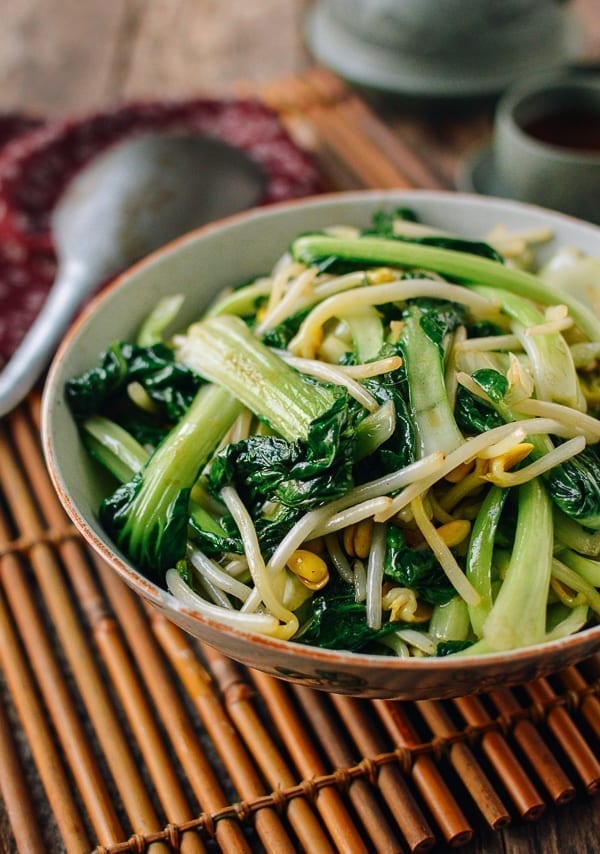 This Variation of the Recipe

For the Shanghainese, ru yi cai is usually made with soybean sprouts and tatsoi or Shanghai bok choy.

This winter vegetable hits the wet markets around Chinese New Year in a big way because of this dish. When pronouncing ta ke cai in the Shanghainese dialect, it sounds like ta ku cai (脱苦菜), reminiscent of the phrase, 脱离苦海, which means, “to get out of the bitter sea.” More symbolism!

Tatsoi tastes both sweet and slightly bitter, and is good for stir fries, soups, and salads. Other recipes that can feature this great vegetable include:

To trim the soybean sprouts, just pinch off the stringy ends as shown: 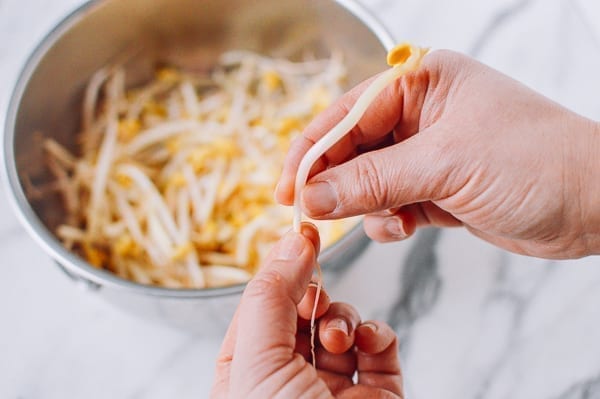 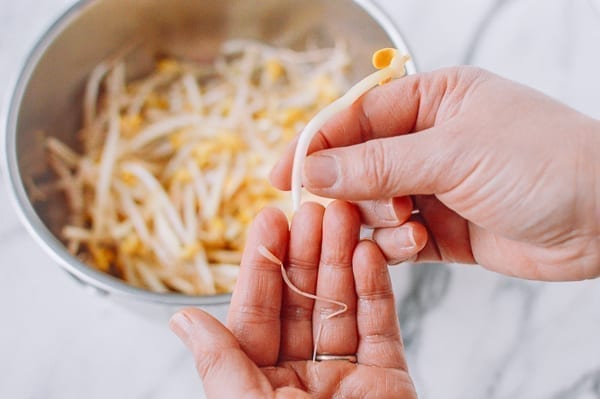 Separate the leaves of the tatsoi, and thoroughly wash them. Drain well. 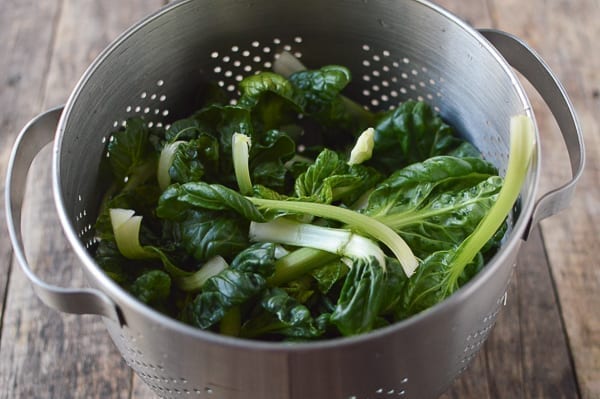 Heat 3-4 tablespoons vegetable oil in a wok over high heat, and cook garlic for a few seconds. 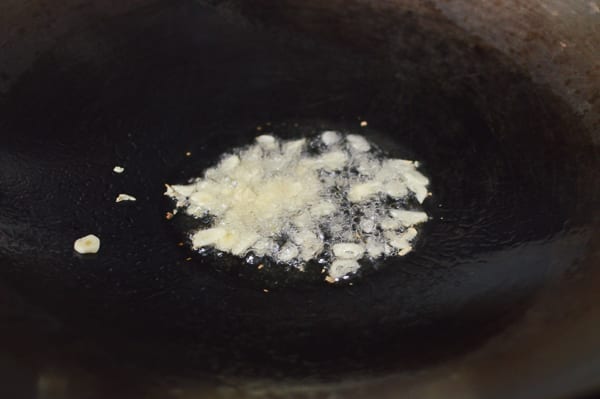 Add the soybean sprouts, and stir-fry for 30 seconds. 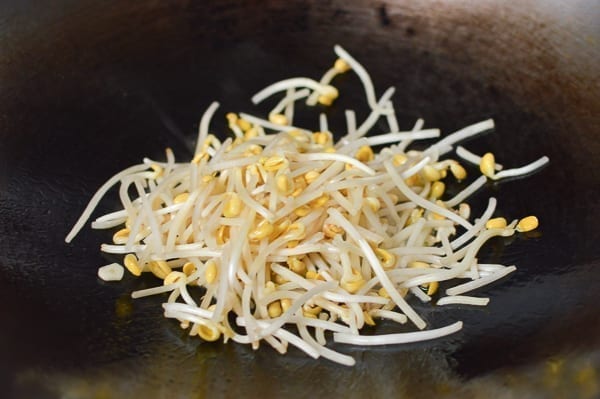 Throw in the leafy greens (tatsoi or Shanghai bok choy), and stir-fry for 1 minute. 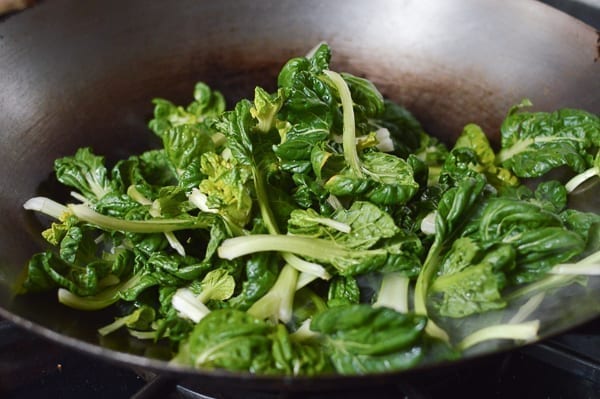 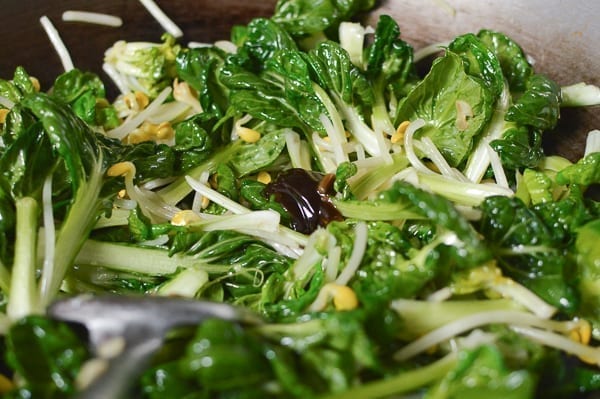 Stir-fry everything together for another 1 to 2 minutes, to wilt the vegetables to your liking. 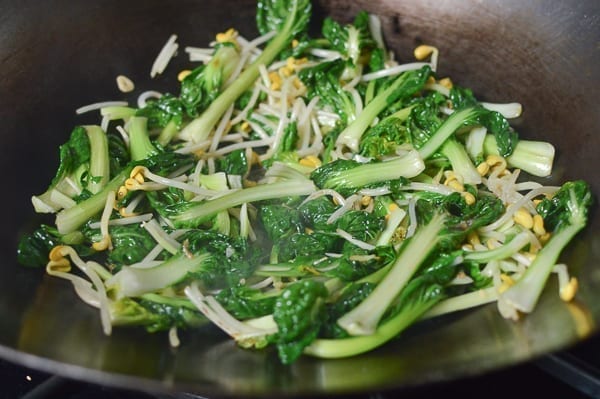 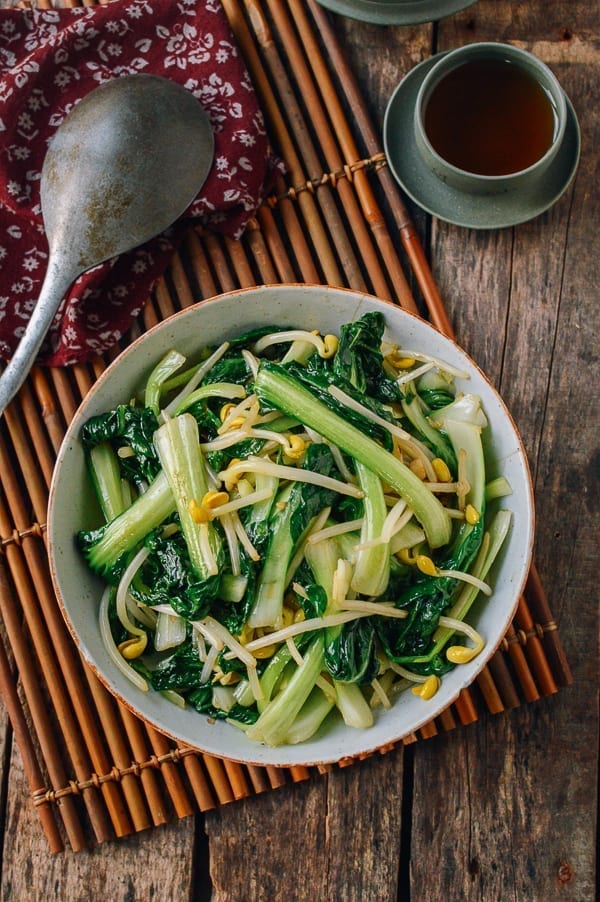 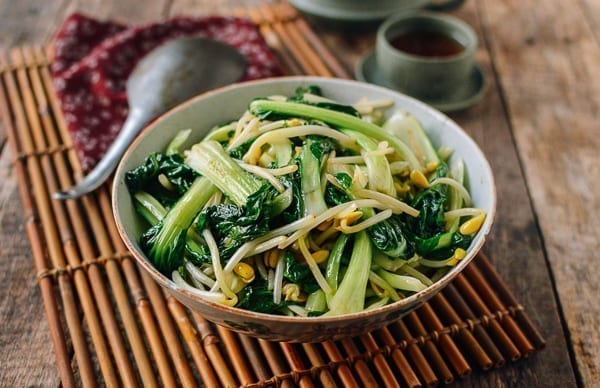 Ru Yi Cai translates to "as you wish vegetables," and is often served during Chinese New Year. Versions vary, but the common ingredient is soybean sprouts! Check out this classic Chinese New Year recipe, which can be made any time of year as a simple stir-fry.
by: Judy
Course:Vegetables
Cuisine:Chinese 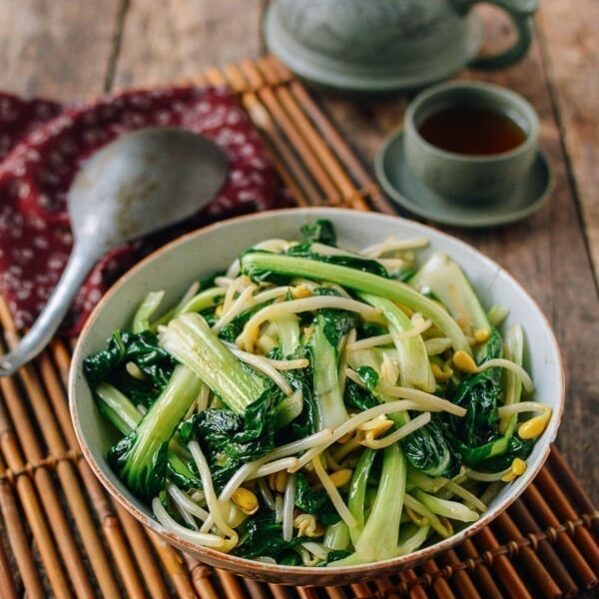