Subscribe
Tap here to receive our FREE top 25 recipe book!
Home How-To How to Eat With A Bunch of Chinese People

How to Eat With A Bunch of Chinese People 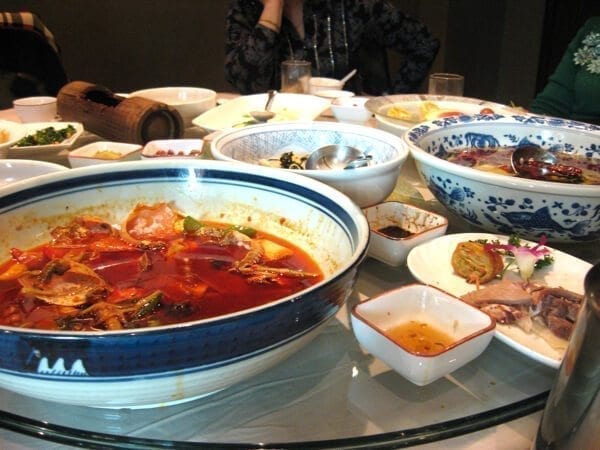 If you’ve seen the movie The Joy Luck Club (the dinner scene anyone?), you understand that Chinese dining etiquette can be ambiguous to some. Now, the rules aren’t quite as strict as this list would have you believe. Let us remember that slurping of soup and/or noodles is totally allowed, as is very loud talking and/or shouting.

But before sitting down at a Chinese family dinner table or going out to dinner with Chinese friends, we advise that you be at least a little familiar with the basics:

1. Younger people at the table shouldn’t start until the elders have started eating first, unless the older people insist on everyone just starting (even then, you should gesture graciously to the elders so they can dig in first).

2. When the hostess says his/her food is not good enough, all guests should make sure and tell him/her just how GOOD it is. Chinese chefs love fishing for compliments at the table.

3. Don’t point your chopsticks at anyone; it is perceived as a hostile challenge. You don’t want anyone storming away from the table when all you wanted was a bit more of the steamed fish.

4. Never stand your chopsticks upright in your rice bowl. This method is used during funerals and ancestral memorial ceremonies. Instead, rest them across your bowl or plate. That way, you keep the table clean and don’t invite any unwanted spirits. Better safe than sorry, right?

5. If you serve someone with your own chopsticks, it’s polite to use the opposite ends that don’t come into contact with your mouth. However, it’s fine for everyone to just serve themselves from the communal dishes using the right end of the chopsticks. Eh. Go figure.

6. Knives should not be seen on the dinner table. It symbolizes the end of the friendship or family unity. Food is always cut into bite-sized pieces, and chopsticks are used both as a fork and knife.  (See our guide on how to eat with chopsticks here.)

7. Now one of the most important things to remember is that you will be offered food. At times, it’ll be a lot more than you actually want or could ever hope to fit in your very normal-sized gut. Now listen carefully. You must accept gracefully, but you don’t have to finish. And if you really don’t like something, don’t lie and say that you do or it will be piled up on your plate for the rest of the dinner and possibly at any and/or all future meals as a show of hospitality and thoughtfulness. This is all first-hand experience, people. Any time our grandmother hears that we “like” something, it’s at every meal that she makes for us after that, and she expects us to eat the whole pot of it. At a Chinese New Year bash six years ago, our great aunt made these special sticky rice meatballs that we showed polite enthusiasm for (they are pretty good). You better believe those suckers are on the table every time we see them for dinner.

8. Don’t reach across the table for food on the far side. ‘Tis not polite.

9. If you happen to like fish heads, you should still reserve it for the host or hostess. What? Fish heads aren’t your fancy? But sucking out the eyeballs is the best part!

10. If your host/hostess tells you that such-and-such morsel or piece of crispy skin is the greatest thing ever and that you should eat it rather than toss it off to the side of your plate, try it at least once to show respect and openness.

11. Kids should ask adults if they want a refill when rice bowls, soup bowls or beverage cups are empty. You’ll get major brownie points with the elders for doing this.

12. Never pick through a dish for items you like and leave behind items you don’t like. It’s a lot easier to do with chopsticks, but don’t be tempted! At some point, everyone will notice that you’re Bogarting all the beef and ignoring the string beans.

13. When taking food from a plate, don’t take a large amount all at once. Take a leetle at a time, and you shall be rewarded with the respect of your Chinese peers.

14.  If you’re dining out, the inviter usually pays for the meal. It is considered polite–even protocol–to make an effort to pay, but expect strong resistance. This is why in many Chinese restaurants, it is a common sight to see two people arguing loudly after a meal—they’re fighting for the right to pay. It is expected for the guest to offer to pay for the meal multiple times, but ultimately allow the host to do so. This can be a long and drawn out process, and we have even witnessed it coming to blows at times. (Mostly harmless, just a few sharp taps to the shoulder and some unguarded attempts to snatch the check out of opposing hands). Use your own judgment.

15. Proper table manners are an indication of a person’s upbringing. Incorrectly holding chopsticks and poor manners in general leaves a bad impression and shames the parents. 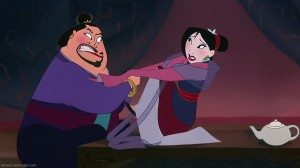