Chinese Lesson: Going to the Store 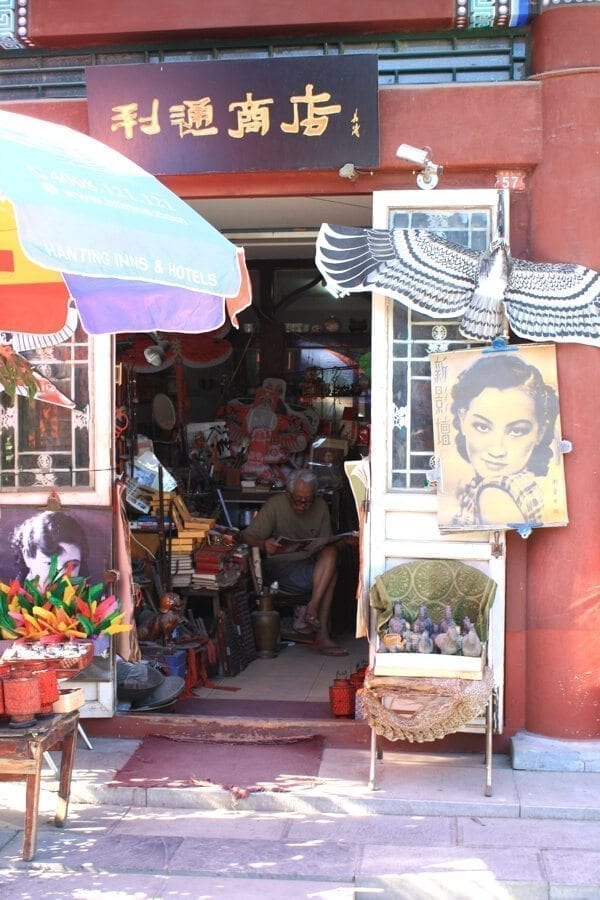 This picture was taken in one of the little hutongs, or old alleyways of Beijing, where they have little storefronts and cool shops selling knick knacks and souvenirs.

Pinyin (i.e. the transcription of the Chinese words into Latin script): shang1 dian4

(the numbers indicate what tone the words are said in. Click the link below to listen to the pronunciation)

Look at that. Now you can read that sign.

Or, half of it anyway. But that’s better than nothing.