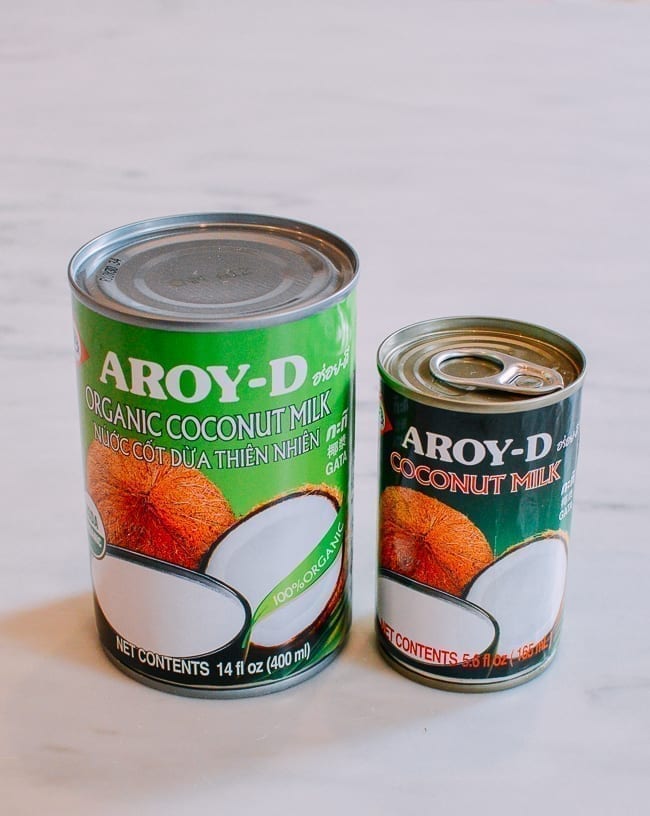 Coconut products have burst into popularity over the last few years, including coconut milk, coconut oil, etc. Coconut milk has long been a key ingredient in Southeast Asian cooking, and in this article, we’ll talk in more detail about how it’s made and used, and what to buy.

What Is Coconut Milk?

Producers extract coconut milk from the pulp of a mature coconut by grating the pulp, soaking it in water, and pressing the liquid. You can find it in the cuisines of Southeast Asia, Africa, the Caribbean, and Latin America.

There are various types that differ by fat content. Thick coconut milk, often labeled coconut cream (don’t confuse it with “cream of coconut,” which has added sugar), has the highest amount of fat and a thick consistency similar to yogurt. 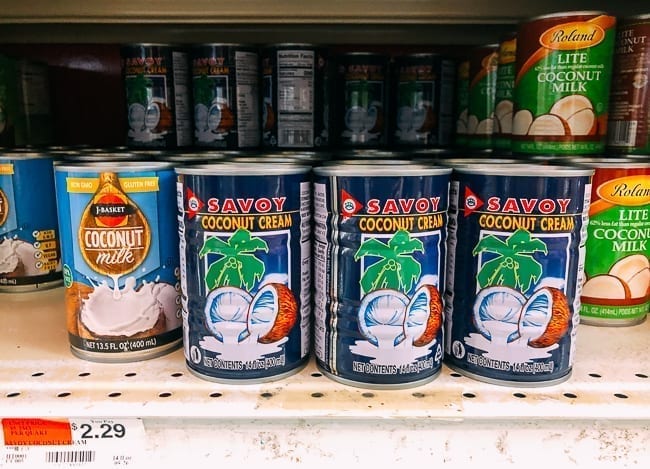 Regular coconut milk has a consistency closer to dairy cream. Note, however, that when it separates, it will look like gray water with a thick white layer at the top (this is the coconut “cream”).

Some confuse coconut milk with coconut water, which is the liquid that comes from non-mature coconuts (i.e. when coconuts are green rather than brown and fuzzy). Because it doesn’t include the coconut flesh, coconut water is much lower in fat and calories, and more suitable for drinking than for cooking.

Coconut milk adds richness to sauces, braised dishes, curries and noodle soups. Just shake the can before opening and using!

We use it in our Thai curries and our Chicken Adobo. (Note: while traditional Chicken Adobo doesn’t usually contain coconut milk, we think it adds a richness to the sauce, and rounds out the sharp and salty flavors of the vinegar and soy sauce.) Our favorite noodle soups using coconut milk are our Malaysian Curry Mee and Woks of Life reader favorite, 15-Minute Coconut Curry Noodle Soup.

Coconut milk can also be used in desserts like our Coconut Peanut Mochi or Coconut Tapioca Dessert.

If you’d like a lot of richness in your dish but with less liquid (or less simmering time in the case of braised dishes), use coconut cream, which usually comes in smaller cans.

Coconut milk is usually availabe in cans. We like to buy the regular 13.5 ounce (400 ml) cans as well as the smaller cans (5.4 ounce/160 ml) if we just need a little bit in a recipe and don’t want leftovers that we have to use up quickly (because of its high fat content, it can go rancid quickly. If you do have some left over, you can put it in the freezer for longer term storage). 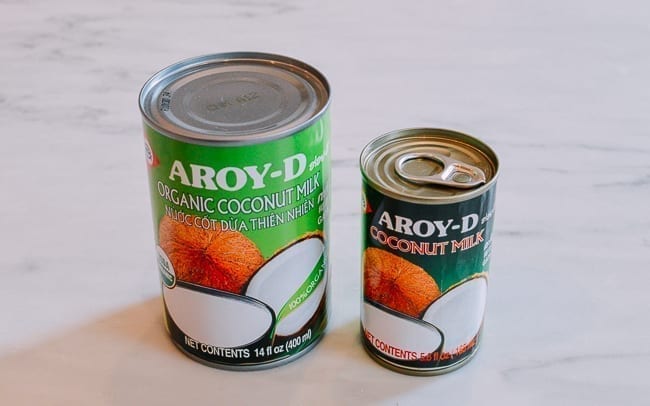 You can also purchase it in cartons, but beware that this type is for drinking or for use in cereal, etc. and may also contain preservatives, sugar, and other additives. If using it for cooking, it’s best to buy the canned version. 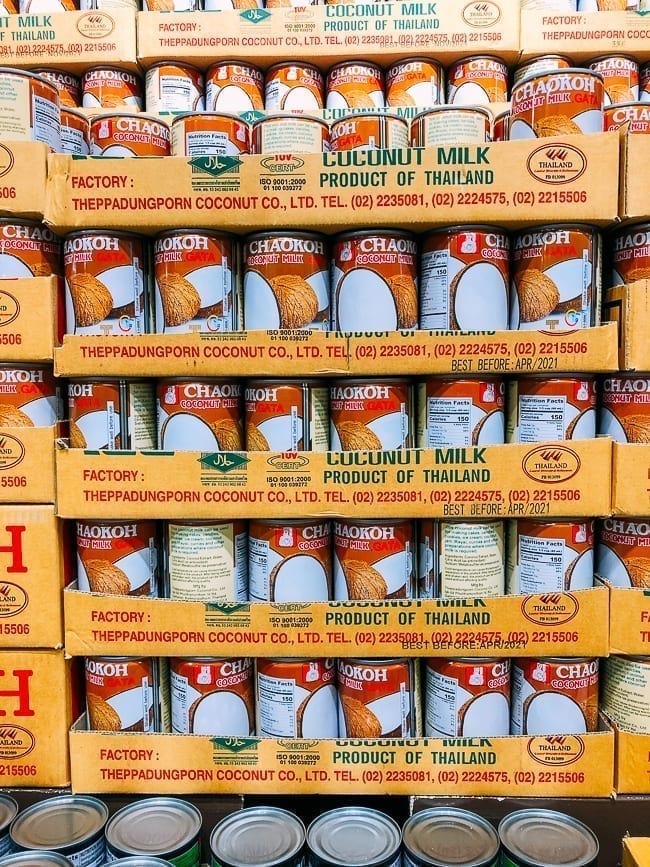 Avoid “low-fat” or “light” coconut milk, which is simply a watered down version. It’s usually the same price as the regular stuff, but you’re getting more water than coconut! If you’d like to reduce the fat in your recipes, simply add less, and replace some of it with water yourself.

You can find coconut milk in Asian markets as well as regular grocery stores. Always check use by dates and as with any canned foods, beware of damage, dents, and bulges.

Store in a cool, dry place. Once opened, transfer any unused milk to a tightly sealed container and refrigerate. Use within 5 days. If unable to use it within that time, freeze it.