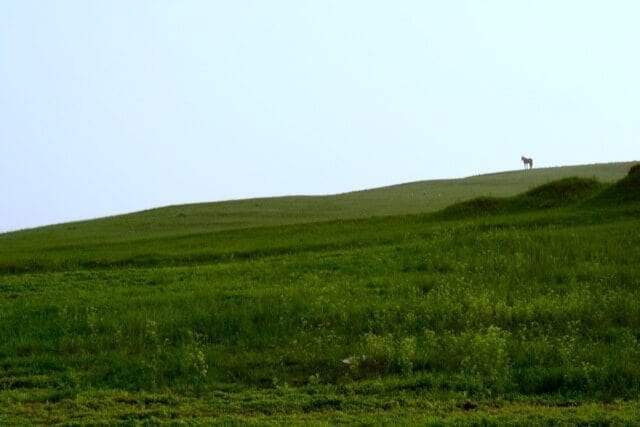 It all started with a bus. A bus parked outside a luxury mall on one of Beijing’s many busy thoroughfares, revved and ready, seats half full, shooting exhaust out into the hot, sticky air. We got out of the taxi, still shaking off sleep and lugging our overnight bags from the trunk. The taxi driver lit a cigarette and eased back onto the road the minute he heard the doors slam closed.

Such was our 6:45 AM departure for the Bashang Grasslands north of Beijing last summer.

Have you ever imagined yourself galloping across an open plain, wind blowing wildly around you, with nothing but flat land and soft horizon ahead? Well, you may be surprised to know that that particular cowboy fantasy has an equivalent in China: the Mongolian experience.

Like… going up there into the flatlands of Inner Mongolia and going all Genghis Khan on them plains.

I’ll admit that the impetus for the trip was probably me. You may not know this, but I LOVE horses. I love riding. I love everything equestrian-related. I grew up carefully cutting up horse calendars and plastering pictures of pretty ponies on my walls. I read encyclopedic volumes about horse care and training in my free time. I shoveled horse poop four days a week in high school. I played polo in college (not like the…*excuse-me-but-where-ARE-my-tea-sandwiches?!?!* kind of polo. More like the… *ten-horses-to-tack-in-an-hour? I got ‘er DONE.* kind).

Soooooo….yeah. I’ve always wanted to take one of those horsey vacations on a dude ranch or something, where it’s not like one of those stupid butt-to-butt trail rides on a muddy path with the gnats buzzing around your head and one of those plastic white schooling helmets plastered to your forehead. I wanted galloping privileges.

But…me being the only horse-person in my family means that the rest of us weren’t really into the whole home-on-the-range thing. Especially Kaitlin, who had a bad experience with a white pony by the name of Dandelion (later changed to Tinkerbell after she became some little blonde girl’s birthday present). Let’s just say that Dandelion/Tinkerbell wasn’t very happy that day, and 9-year-old Kaitlin got the brunt of it in the form of a swift buck and a mouth full of dirt. So ended her equestrian odyssey.

So last summer, when my mom was looking for weekend trips, she found this bus tour (that should have been our first warning) that takes you up north about five hours to a place where their number one attraction is horseback riding. It was a minimal commitment (2 days), minimal cost (less than $30 per person if you can believe it. All-inclusive. Yet ANOTHER warning that we ignored), and there was a promise of speed. Chinese folks don’t have waivers or safety regulations, you see. So naturally, I was totally excited about it. I mean, not to be facetious or anything, but this is kind of what I was envisioning:

I know it’s wrong. I am ashamed.

But I got payback in kind for my frivolous expectations. Because the minute we stepped onto that bus, nothing was what we expected:

1. The tour guide was a young girl with a nasal voice, fanny pack, and a microphone headset strapped to her face. She started our tour by explaining that at our accommodations, they use solar panels to heat the water, and that means that there isn’t much hot water to speak of, so wouldn’t it be better if we all just DIDN’T shower and then just showered at home when we got back to the city? Like…wouldn’t that just be so much better? Because your home shower is more comfortable after all, and who would argue with that logic?

So yeah. Not off to a rousing start there.

2. The scheduled mid-ride bathroom stop. If you haven’t read our China Travel Tips article already, then heed our words now: Do. Not. De-bus. Stay where you are. Or go do your business behind a secluded bush. You’ll be happier with that. Trust me, you do NOT want to confront your deepest, darkest Slumdog-Millionaire-inspired fears.

3. Arriving at the hotel…which turned out to be a series of small bungalows with a few rooms in each. We were in DEEP countryside at this point, so their roads aren’t exactly equipped for large tour buses. When we pulled into the “parking lot” (i.e. the small courtyard outside the bungalows), the top of the bus got caught on a thin wire running between the main building and the small one-room spot where we’d be eating all our meals. Turns out, we cut the electricity off to the kitchen, so one of the owners had to scramble up onto the roof to get that fixed before lunch could be prepared. But hey, I gotta hand it to the 2 people back there in the kitchen. They turned out ten dishes for five tables in under twenty minutes once they got that power back on.

The one saving grace there was a chair lift that took you to the top of a hill, where you could get a really amazing view of unspoiled rolling pastures and sheep herders. It was all kind of worth it for that view. We also met a cute kid named Hanson who was in second grade and wanted to practice his English with us. 7 years old. And his English was already better than my Chinese. The nerve! 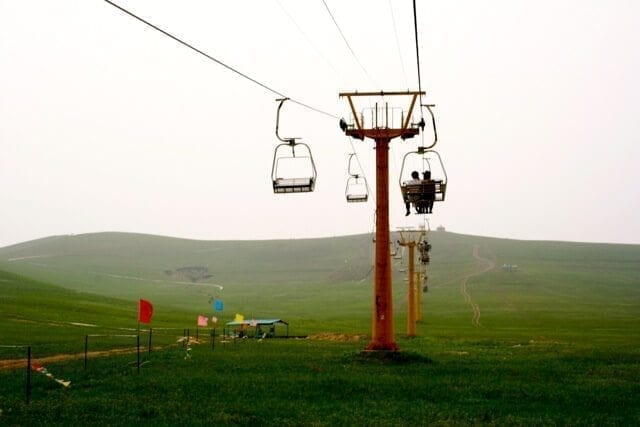 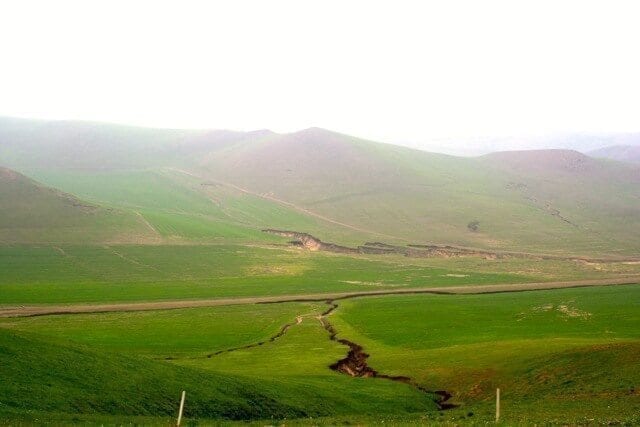 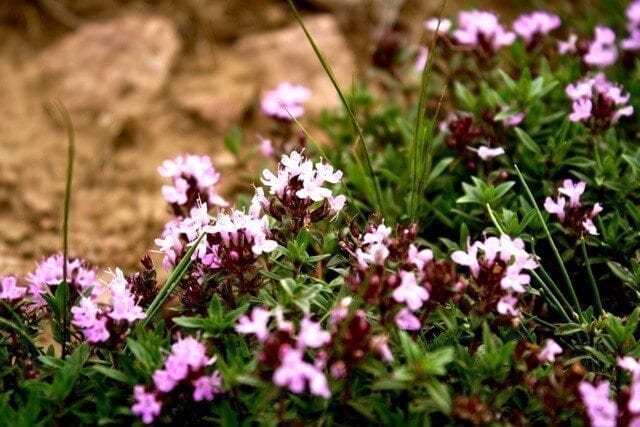 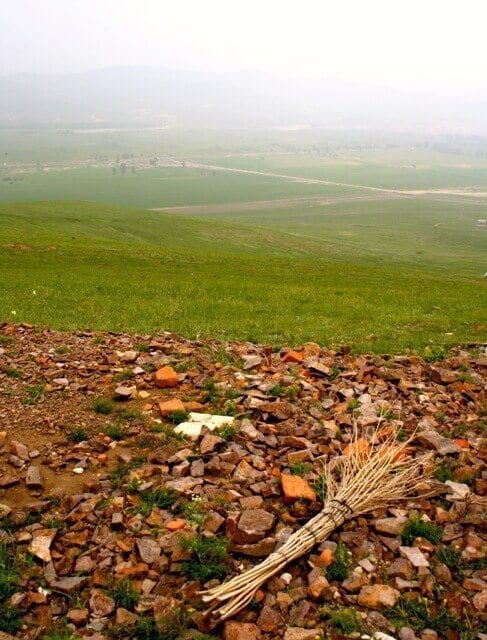 5. The hotel: When we got back that night, we were assigned to two rooms. We tried out the TV and got static. The water in the bathroom ran kind of…yellow. And instead of a shower, there was just a water nozzle attached to the wall, which is pretty common in the countryside. But hey, we weren’t supposed to shower anyway! We just changed into the next day’s clothes and slept in them. It was a lot like camping.

6. The ride: so people are getting matched up with horses, and I’m looking for a good one, right? So my dad asks someone who’s got a fast horse. A few people point to a chestnut being led by a guy who claims that this horse is so fast that they brought him to Beijing and filmed him racing a sports car. Likely story…

But, alas, they won’t let anyone ride him without being led by hand (which is even WORSE than butt-to-butt riding). So I get on another horse, get one good canter out of him, and then he refuses to move for the rest of the two-hour ride. But you know what? The views were really awesome. Horses and foals were grazing freely across miles of flat grass. It was kind of…quietly amazing. You know? 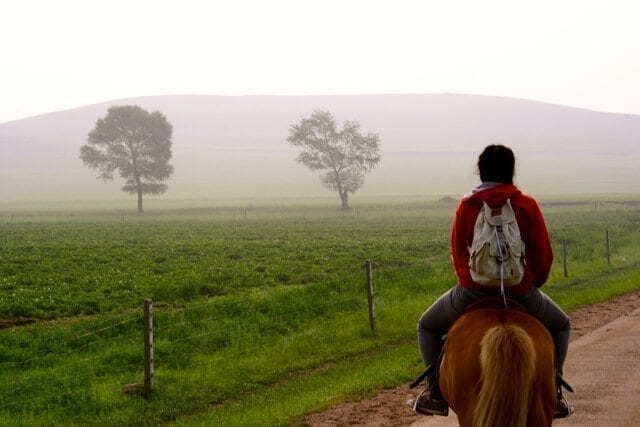 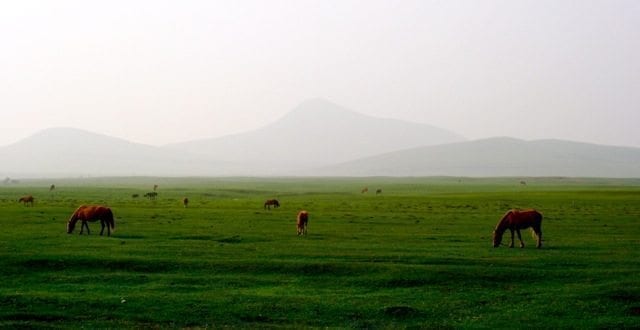 So that was Bashang Grasslands. Would we recommend it? Not exactly.

Was it an experience? Oh yeah.