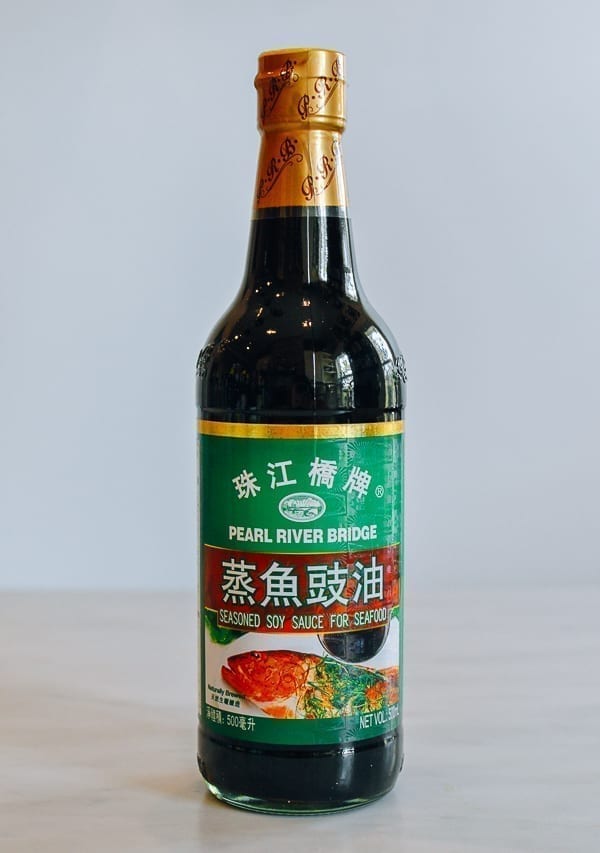 In this quick article, we’ll talk about what it is, how it’s used, and how to find it at your local Chinese market.

What Is Seasoned Soy Sauce?

There are many different kinds of soy sauce that may have additional seasonings to enhance their flavor. For instance, Indonesian sweet soy sauce (kecap manis) is flavored with galangal, star anise, and other aromatics. 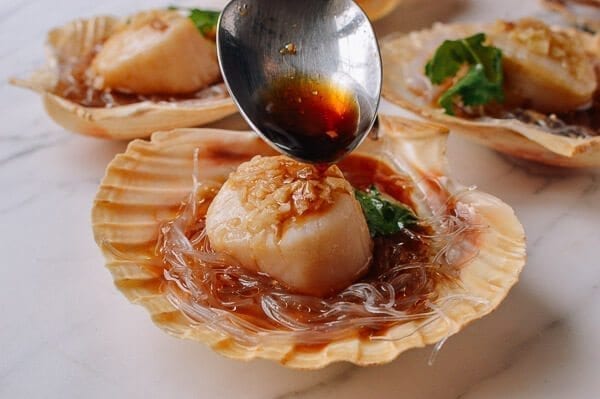 This type of seasoned soy sauce is sweeter and has a little more umami than regular light soy sauce. 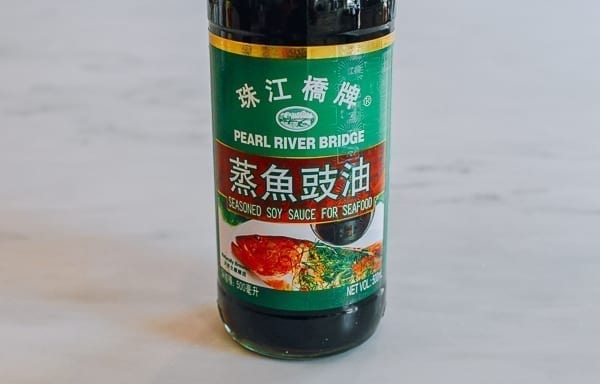 Essentially, it is a Chinese light soy sauce with added sugar and MSG (or other MSG-like flavor enhancers like disodium guanylate), which could be a good or bad thing, depending on who you’re talking to! Some cooks have no issue with MSG and others avoid it!

It is usually added to light Cantonese sauces in steamed seafood/fish dishes, in addition to ingredients like ginger, scallions, cilantro, and oil.

These dishes have a very light and pure flavor, so the sweeter character of seasoned soy sauce works well. The extra MSG doesn’t hurt the flavor either! It’s also a good option for dipping sauces or for flavoring soups.

It can generally be used interchangeably with light soy sauce, but it should always be added at the end of the cooking process. It will lose some of its umami flavor if cooked for too long.

If you don’t have seasoned soy sauce for our seafood dishes, no worries. Those recipes are just as good when regular light soy sauce is used! 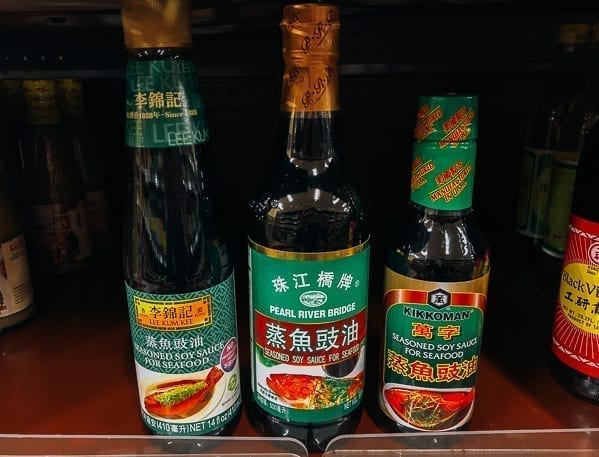 Store in a cool, dry place like the pantry. No need to refrigerate.

If you’d like to avoid MSG or other flavor enhancers altogether, simply use light soy sauce where seasoned soy sauce is called for. You can also add a pinch of sugar to replicate its sweetness.

If you have further questions about seasoned soy sauce, let us know in the comments––we try to answer every single one.