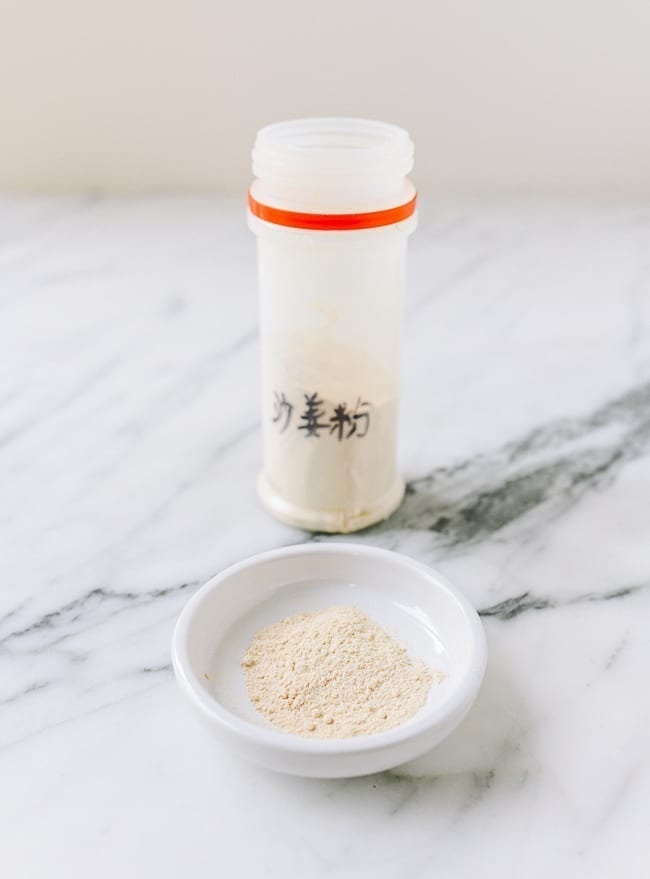 Sand ginger (shā jiāng, 沙薑) has only recently become known in Western kitchens, but it has been part of Southeast Asian cuisine and traditional medicine for centuries.

It’s been used to treat a range of ailments including fatigue, cough, and muscle injury. Perhaps this is why the purple and white flowers that bloom from the root are sometimes called “resurrection lilies.” We like to think the name stems from the spice’s power to bring a dish to life!

At The Woks of Life, it’s not an everyday ingredient, like our 10 Chinese Pantry Essentials, but it is a key flavor in a number of our recipes.

This ingredient is a key aromatic in many recipes in Southeast Asian cooking and on our blog. It is a cousin of the ginger you’re probably familiar with, but there are differences between the two. In this article, you’ll learn everything you need to know about these differences and how we use sand ginger in cooking.

What Is Sand Ginger?

Sand ginger is a spice of many names, probably due to its long history of medicinal and culinary uses across cultures. Its official Latin name is kaempferia galanga, and it is one of four types of galangal, a rhizome in the ginger family.

Since sand ginger is related to “common” ginger, it is unsurprising that the two plants look similar in their raw root form. However, fresh sand ginger is paler in color on the inside and more woody and coarse in texture than standard ginger. As a result, it is more difficult to peel and grate.

Galangal also differs significantly from ginger in flavor; it is sharp and citrus-y, almost pine-like, and reminiscent of menthol or camphor. Its fragrance is distinctly more medicinal and less spicy-sweet than that of ginger.

How To Use Sand Ginger

Aside from its more traditional application as a treatment for a wide range of maladies, sand ginger is often used as an aromatic in Malaysian, Indonesian, Thai, and Southern Chinese cooking, and you’ll find that it is included in some of our family’s recipes.

We usually use it in its dried form, either as dried slices or powder. When dried, the flavor becomes a little less intense.

We love how sand ginger powder tastes when combined with other spices to create dry rubs for meat.

Check out our recipe for Oven-Baked Asian Dry Rub Chicken to see how it can add a kick to a simple dish. The spice mixture is based on our recipe for traditional Salt Baked Chicken, pictured below to the right.

As for the dried slices, we generally add them to a sachet of many spices when making braises and noodle soup broths, such as in our Lanzhou Beef Noodle Soup.

Dried sand ginger has not yet made its way into mainstream Western cooking, so it can be a bit of a challenge to track down. You won’t find it at the typical U.S. grocery store, but Asian markets may carry it.

The easiest way to source it is to purchase it online. Web vendors of Chinese spices and Southeast Asian products sell it by weight as the whole root, root slices, and powder in both small and bulk quantities.

Store in an airtight container away from heat and light, and it will keep fresh for 3-4 years.

Because sand ginger has such a unique flavor, it is difficult to replicate. The best stand-in for the flavor is probably greater galangal (Alpinia galanga). It is in the same family, with a more cinnamon-like and floral flavor. You can also find it in a dried, powdered form. It is similar enough that you can substitute it in at a 1:1 ratio. Just look for spices labeled “dried galangal.”

Since most supermarkets on U.S. soil are unlikely to carry either, “regular” ginger is probably the easiest substitute.

However, note that the spicy, pungent flavor of ginger is stronger than that of galangal, so it’s best to use half the amount by weight that the original recipe calls for. If the primary flavor agent in the recipe is sand ginger, like in our Salt Baked Chicken, you might be out of luck!