Meet Me at Marienplatz 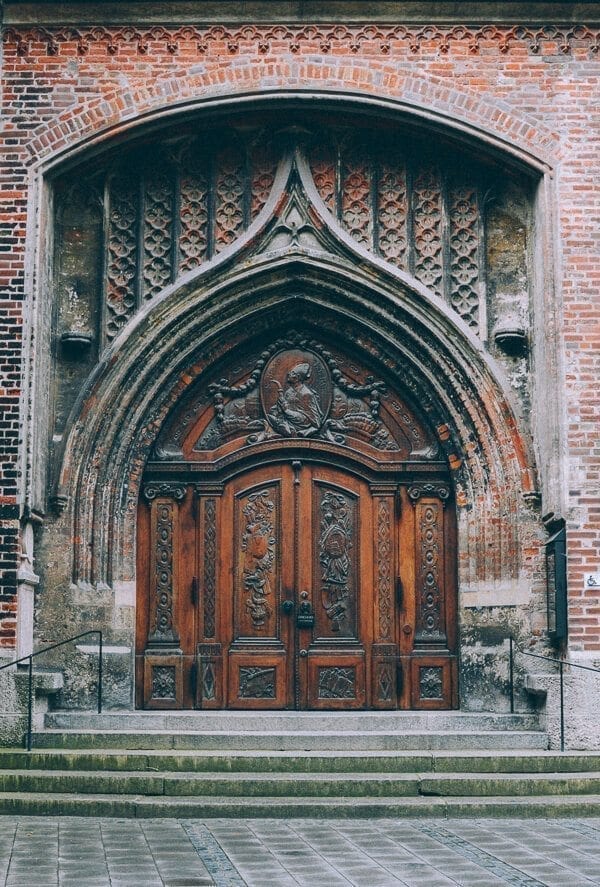 I say this on a late-night Skype call, to the slightly blurry faces of Sarah and our cousin, Kim, as we all pore over maps of Europe. Given the fact that both Kim and I would be graduating from college in a matter of months, the three of us had decided to have a last-hurrah European tour before I would start work and before Kim would start grad school in the fall. Of course, we also took it as an opportunity to get inspiration for The Woks of Life, beef up the blog’s travel section, and share the experience with all of you readers. 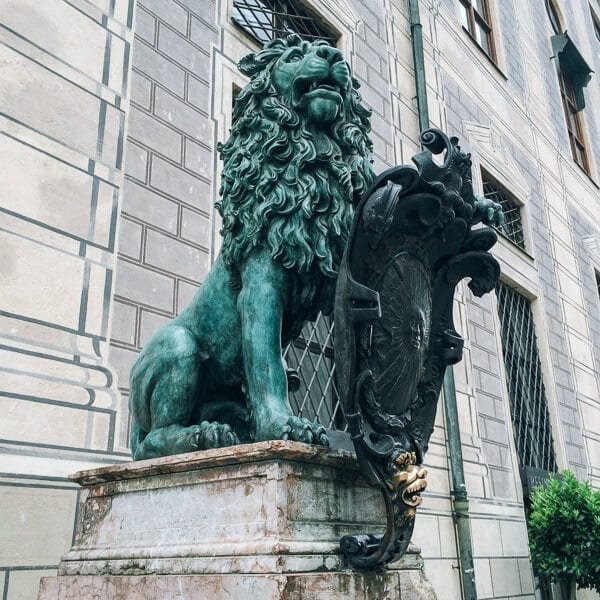 Returning to the issue of how exactly we will coordinate meeting across an entire ocean after disembarking on two separate flights, I continue, “We’ll have the layover in Munich; Sarah, you will get there first, and then Kim and I will meet you in Marienplatz at the base of that big statue.” [I gesture to the image of Marienplatz I’ve pulled up on my computer. Not that Sarah or Kim can see it, what with Sarah at her apartment 2 hours away from mine in Philly and Kim at school in Ohio.

The plan sounded a little bit crazy–wander over from the airport, probably without cell phone use, and just find each other at the base of a towering gold statue in a large and completely foreign city. Yet it was simple enough that it had to work; after all, there was only one Marienplatz in Munich, and only one huge golden statue in Marienplatz. 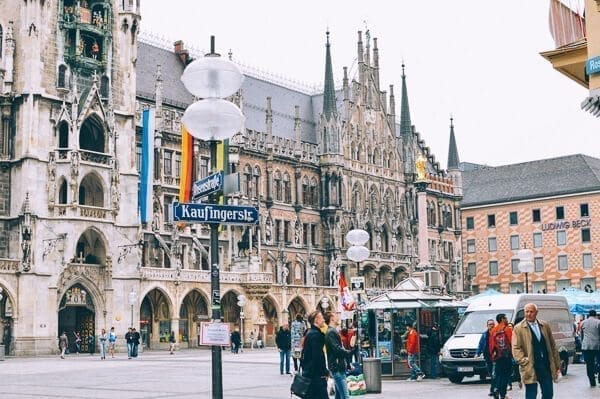 And so we decided that the first leg on our decidedly epic European tour would be a 7-hour layover in Munich, en route to Prague.

As Kim and I stepped off the “s-bahn” (Munich’s high-speed rail) from the airport, we walked into the bright early afternoon light and wandered into the center of Marienplatz. Just like that, we passed from the sterile and undifferentiated territory of international travel space and modern rapid transit into something distinctly German. We walked toward the golden statue at the center of Marienplatz, Mary’s Column. To the left was City Hall, looming large, gothic, and distinctly old and European. 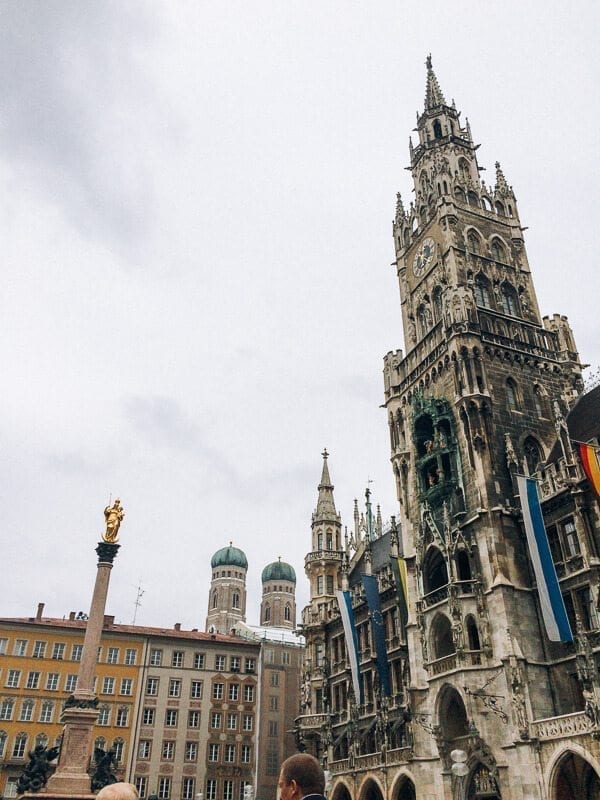 Before long, I spotted Sarah’s head bobbing in the crowd at the base of Mary’s Column, fulfilling my absurdly simple, not at all 21st century plan to simply meet, worlds away, at Marienplatz at whatever time we happened to wander over from the airport. It was around 12:45 in the afternoon at this point, and for her part, Sarah had been wandering the city since 8:00 that morning, returning to Marienplatz for this very rendezvous.

The square was humming with activity, and I had a surreal moment during which I realized that we were in Munich. Not New York, not Philadelphia, not Beijing; we had gotten onto an airplane that had magically taken us to Munich, because we officially had the time, money (i.e. good fortune), and autonomy as kick-ass young people of the world to go where we wanted. As I surveyed City Hall with its flags, blowing in the crisp, cool early spring breeze, I felt all the cheesy stereotypical feelings you have when you’re fresh out of college and staring down the barrel of “the real world,” only to realize that, at least for now, it’s not that bad. 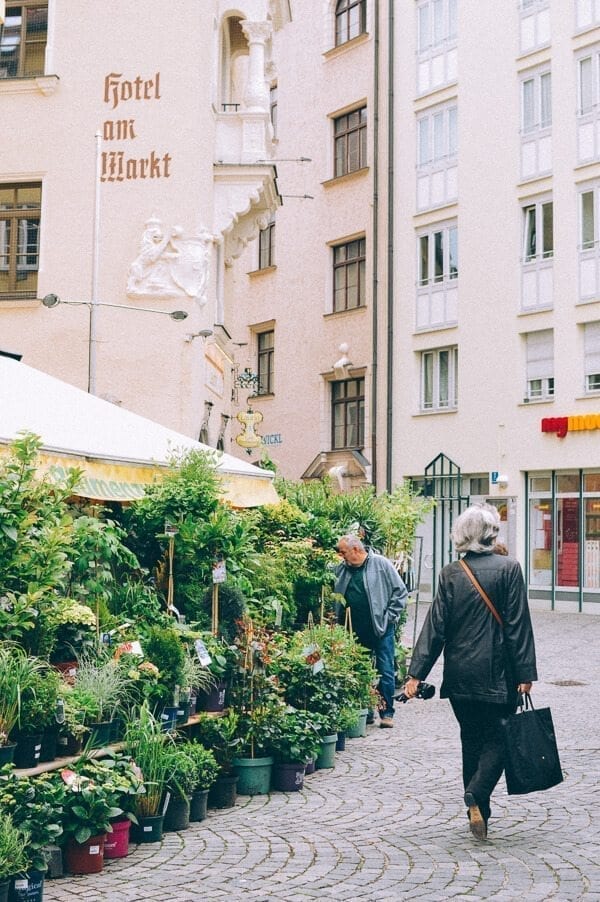 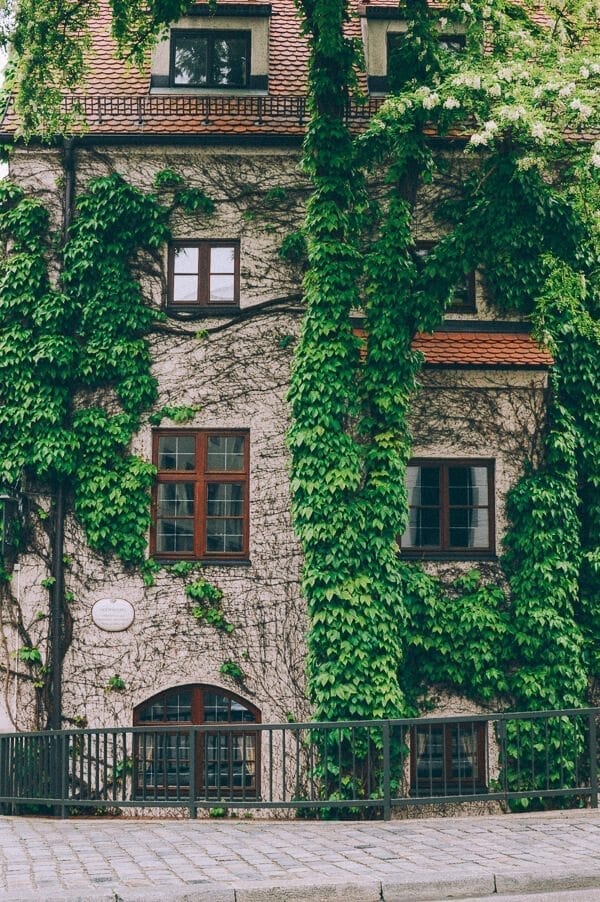 With our European adventure thoroughly commenced, we headed over to an open-air market where old German men were already sitting in groups, grumbling about something or other over tall frothy yellow beers, adjusting their lederhosen every so often. (Yes, they were actually wearing lederhosen, much to our touristy delight.) Polished young couples and families strolled about, enjoying the sights and sounds with their German hounds trotting not far behind. 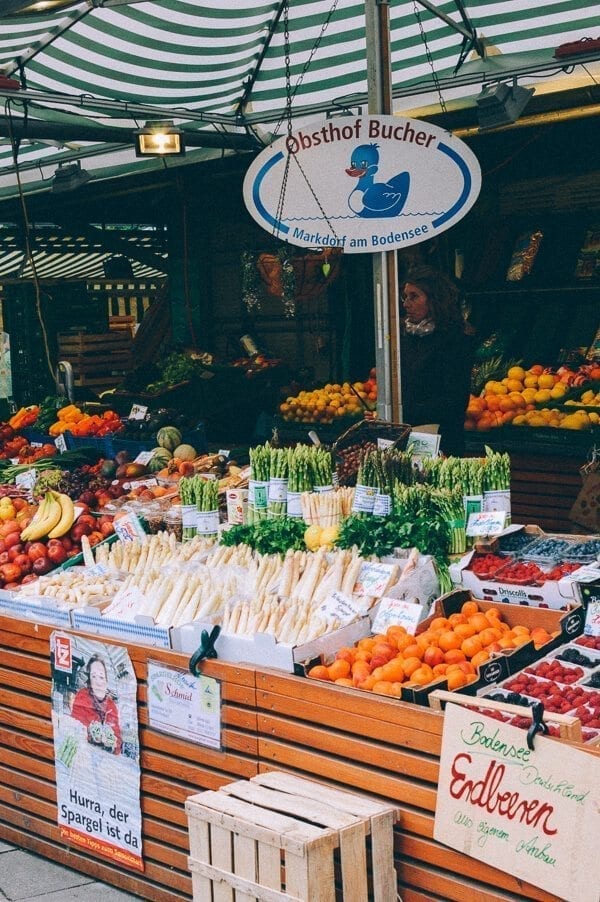 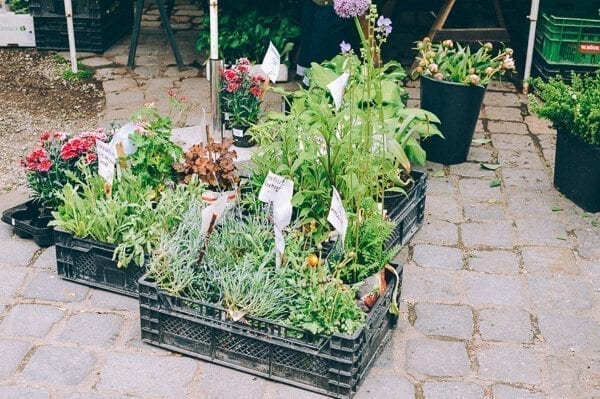 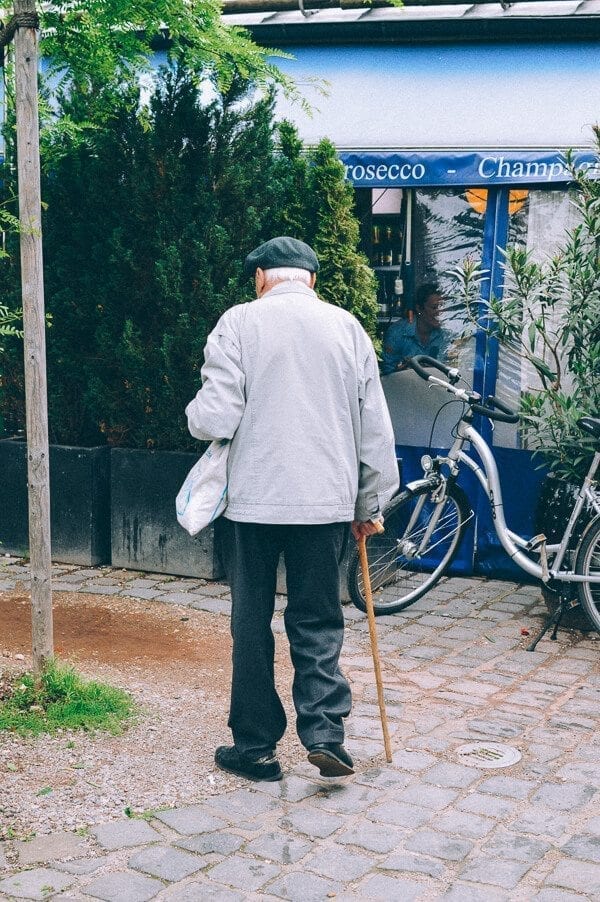 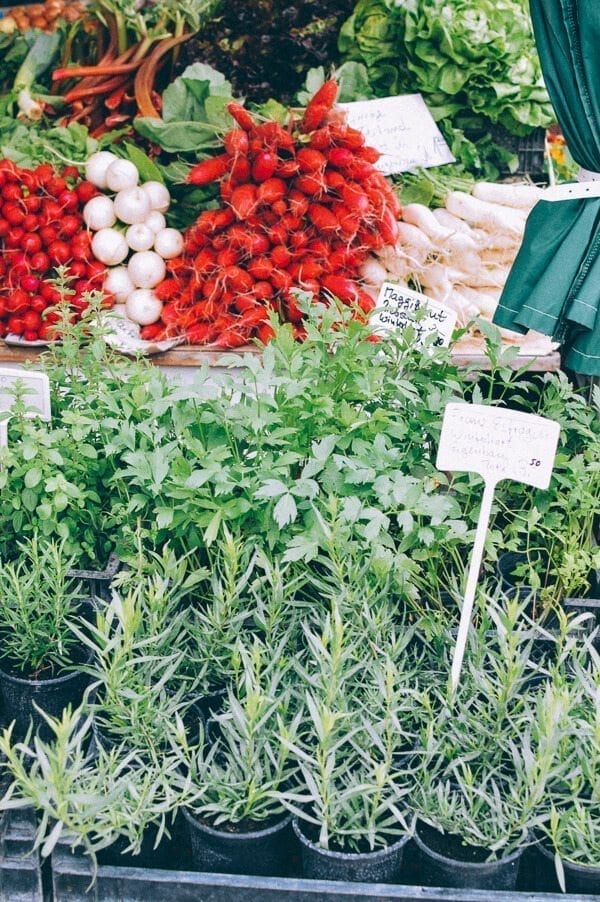 We immediately set about procuring some much-needed lunch: bratwursts, sauerkraut, and some epically delicious fried potatoes, plus one of those requisite tall frothy yellow beers. I totally butchered the name of the various “wurst” platters…ordering something called “The Original Munchen” for the three of us. 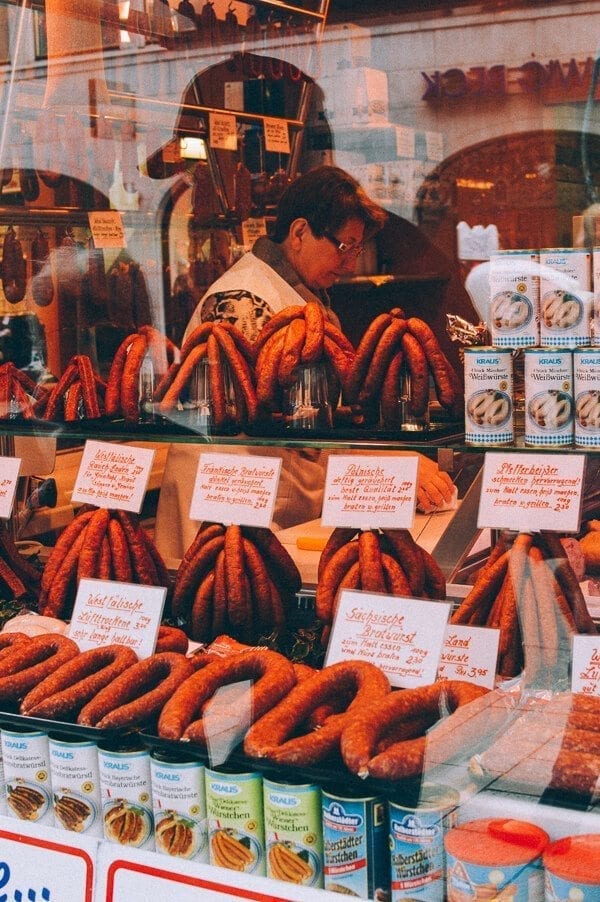 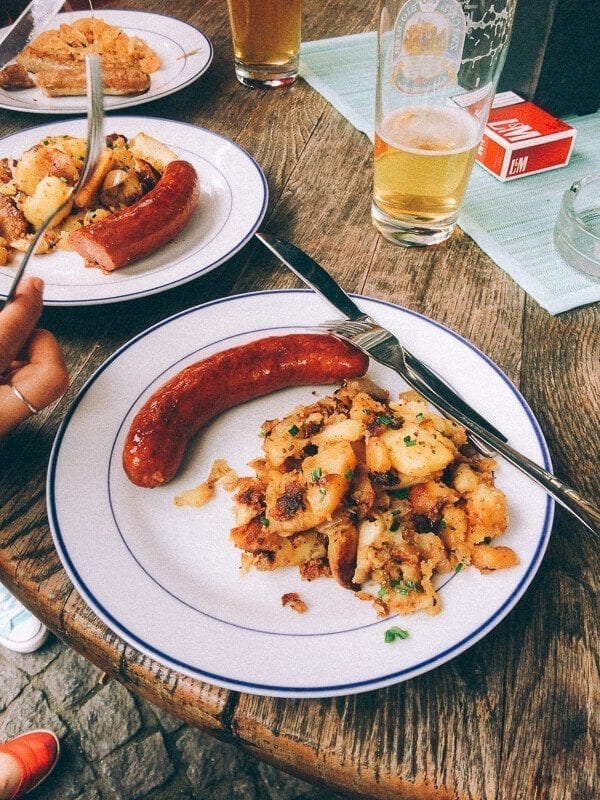 Not trying to make you guys jealous, but sausage, potatoes, and beer at 11 AM in Munich is kind of the best thing ever. #munich #eurotrip #lunch #food #foodie #VSCOcam

Our next stop was Munich Residenz, the royal palace where Bavarian monarchs wined, dined, tittered, and waged political battles. 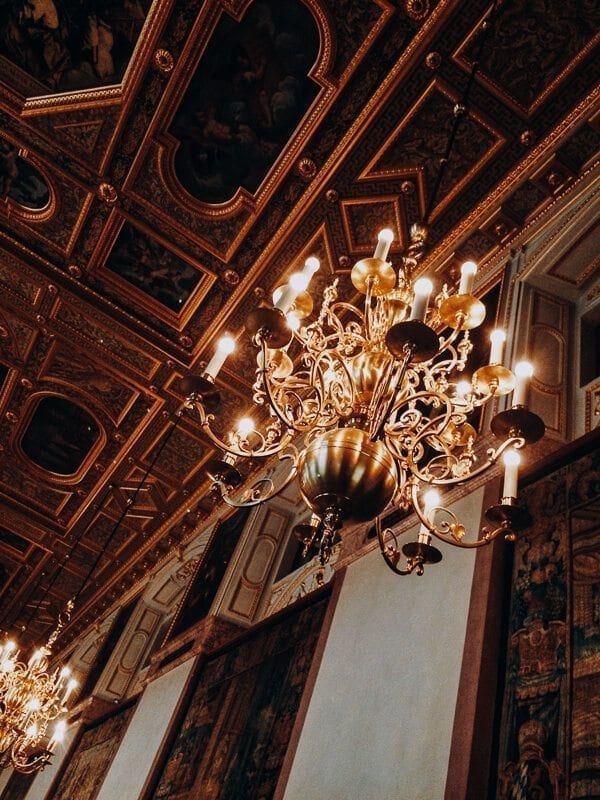 We walked through countless royal apartments and halls, but the highlight of the residenz was the Hall of Antiquities. Pretty sure that even the classiest of people feel like riff-raff standing in that room. 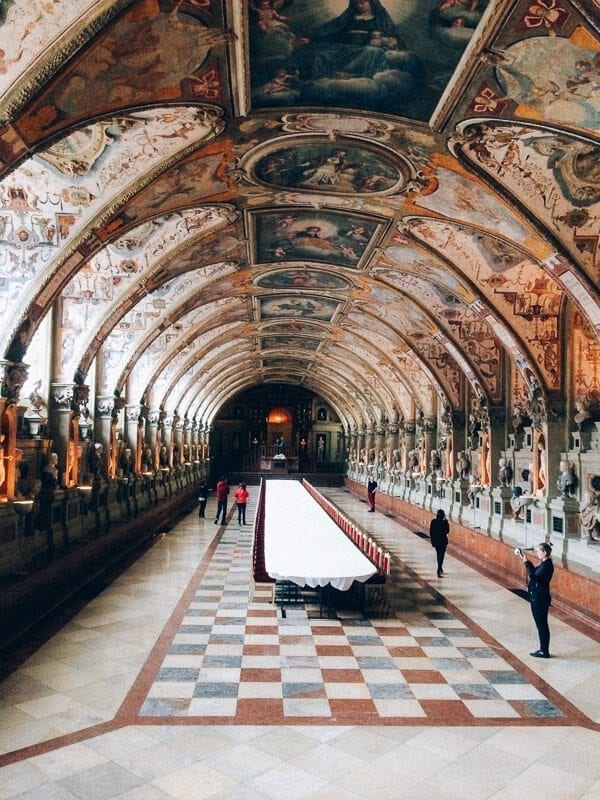 From the residenz, we sat down in a nearby park, where kids frolicked with soccer balls, enjoying their Saturday, and adorable burly German dogs lounged on the warm sandy stones of the pathways. A few yards away, a very intense punk rock couple brooded in the center of the green grass with their own boom box, listening to guitar riffs in comically stony silence. 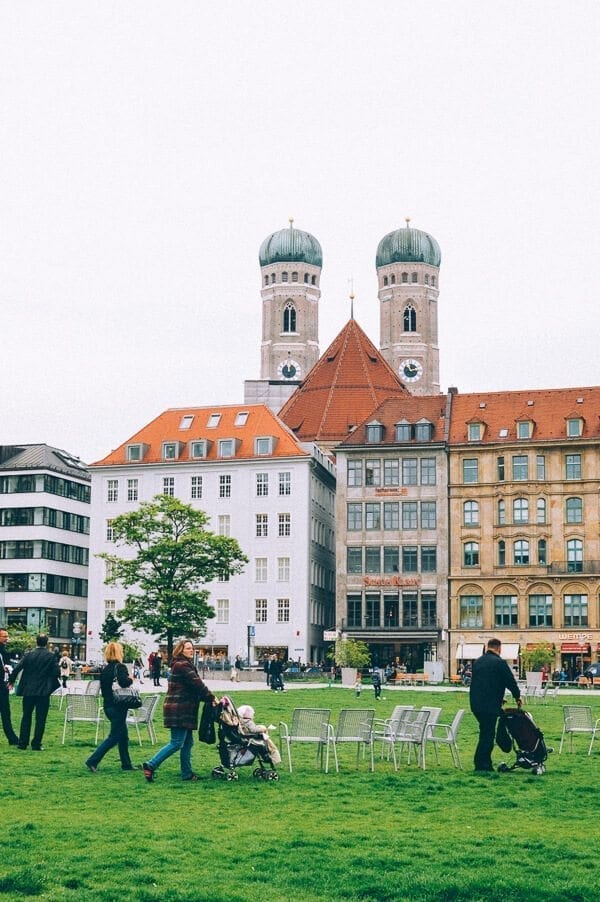 As we meandered along the cobblestone side streets that led back towards Marienplatz and the s-bahn, we stumbled upon an amazing, tantalizing, droolworthy sight: golden and delicious, crispy, crunchy pork knuckles, rotating slowly on a spit, grease drippings and all. No plebeian rotisserie chickens here–just epically delicious German ham hocks.

The Woks of Life is taking on a European adventure! First stop–Munich, where we saw these babies glistening in the window of Haxnbauer, near Marienplatz! #porkygoodness #pork #delicious #crispy #travel #eurotrip #european #adventure #foodporn #rotisserie #germany #munich #marienplatz

Needless to say, we needed to try one. After an awkward, lost-in-translation type exchange with the chef (and an embarrassing encounter with a German couple all too amused by my ill-concealed glee at our gastronomic discovery), we procured one of those glorious pieces of pork, wrapped in foil and placed in a very tidy and unassuming paper bag that made it look as if we had just purchased a scented candle rather than a salty piece of meat. 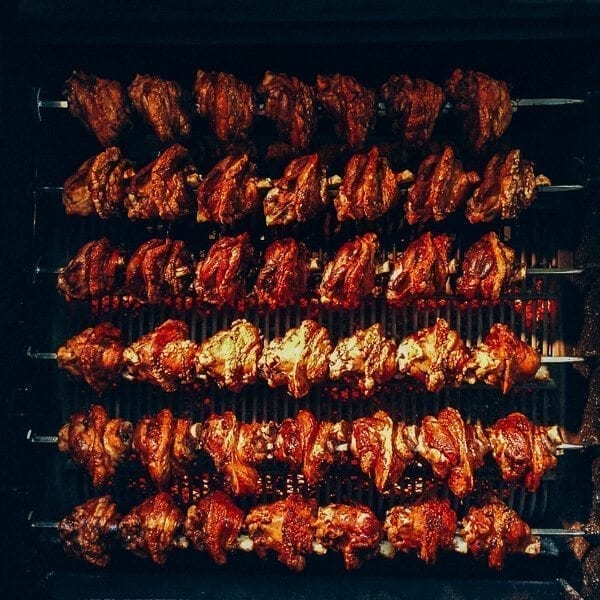 At this point, we are cutting it very close to our airplane departure time in the name of pork. We rush back through the open market in Marienplatz, where we hurriedly buy a baguette (after all, what good is all that pork without something with which to make a sandwich), and hightail it back to the airport, where we board a plane for Prague, pork knuckle in tow.

And so the journey began with a quiet bang––a few hours getting lost in a new city, with new foods to try, sites to see, and much people-watching to do. Next stop Prague.