Subscribe
Tap here to receive our FREE top 25 recipe book!
Home Life Judy's Posts From Expat to Local: A Trip to the Market

From Expat to Local: A Trip to the Market 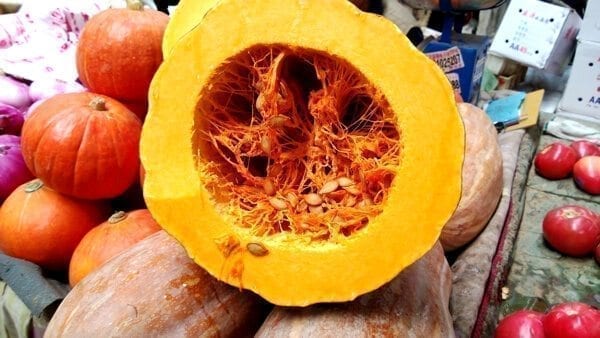 When we first came to Beijing, the idea of living in a city apartment (after years of weed-whackers, dog walking, and school buses) was exciting, to say the least. Our two girls were in college, Bill had gotten a job offer there, and it seemed like a good time to make a refreshing change. As the capital city, Beijing offers an array of cuisines from all over China. And being the foodies that we are, our first mission was to find all of the city’s good eats.

But as you may have realized, we cook all the time, and the first order of business was to find the best place to shop for groceries.

One the most memorable days from our first weeks in China is the day we stumbled upon what would later become our go-to produce market. Bill and I were on our way to pick up some cheese and olives at the April Gourmet down the street from the apartment (it’s a miniature supermarket stocked with imported goods at prices double and triple what we used to pay in the States. This is definitely an over-priced treat that we don’t let happen too often. But sometimes you just have to give in to your cheese and olive cravings). 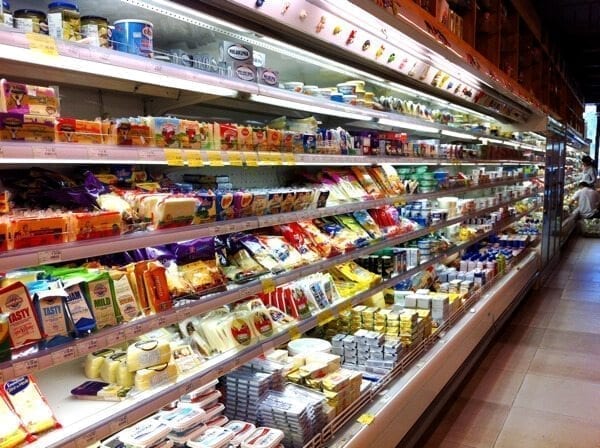 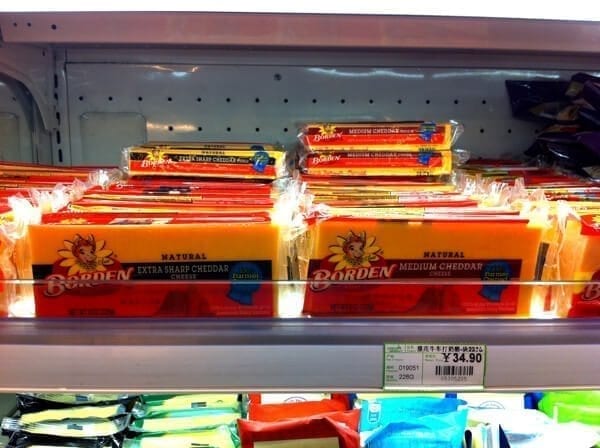 When we came out of the store, carrying our small, $6 block of cheddar, we noticed people on the streets lugging enormous bags of fresh produce. We figured there must have been a market somewhere nearby, and they probably didn’t charge three U.S. dollars for a lemon. 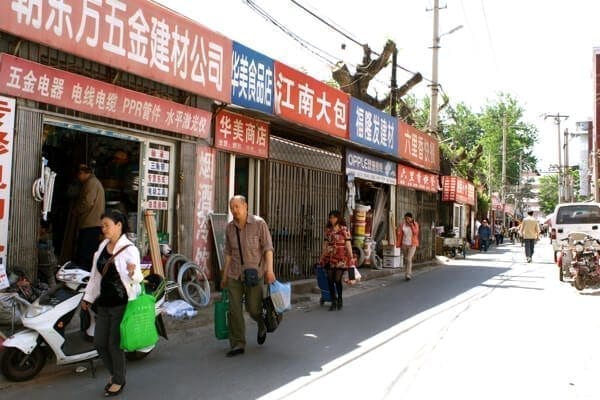 Like dogs following a scent, we traced their steps into a narrow alleyway. It was hard to imagine that there was anything there, among the tiny low-hanging stalls and the garbage-littered street. But as more people came out with bags of produce, we convinced ourselves to press on and cautiously moved forward. 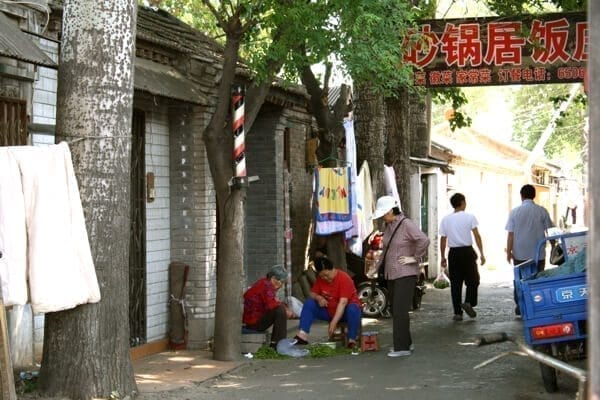 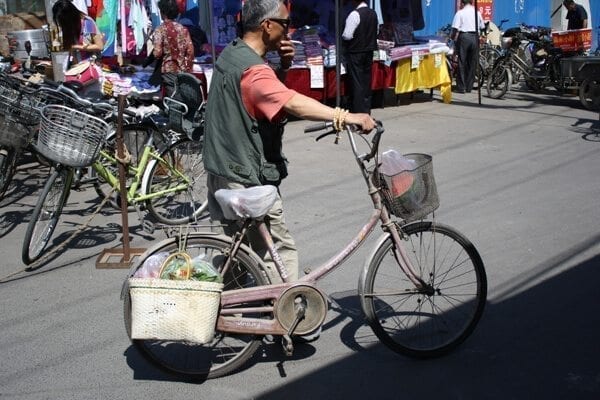 What awaited us at the end of the alleyway was a huge surprise.

A large wet market stood there, packed with people. It was enclosed in an enormous, open-air warehouse.

At the front, busy street vendors were selling wares from bedding to plates, roasted nuts to watermelons. Inside, everyone was busy buying for the day’s meals. Crowds were bustling among the tables, where vendors were shouting prices, weighing fruit and vegetables, and unpacking fresh stock. 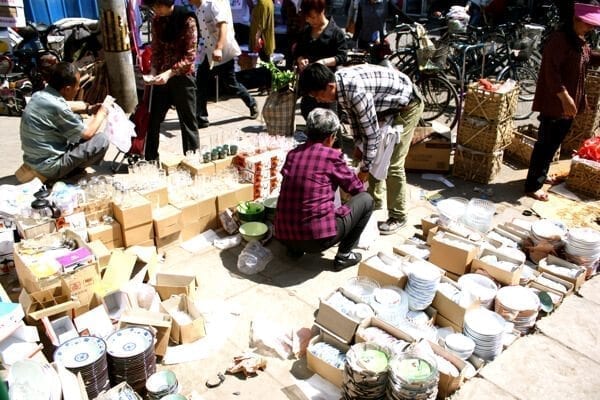 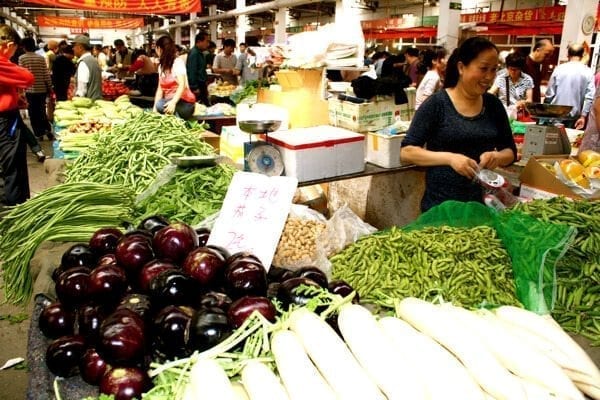 Among the chaos, you could see a relatively orderly arrangement: the produce vendors were situated in the middle, the meat and seafood vendors shared a whole row to the right, and individual shops along the two side walls housed vendors that sold everything from spices and tea to dried mushrooms, eggs, and pickles. 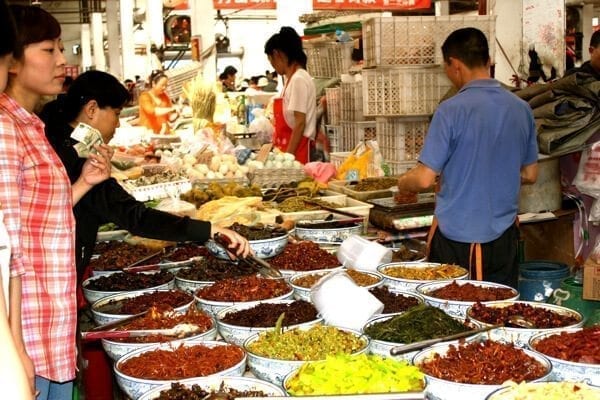 Seasonal fruits and vegetables were arranged neatly or just piled onto tables, depending on the vendor’s style. Freshly made noodles, tofu, cookies and fried snacks called out to us, and the smell of freshly roasted meats permeated the whole place. 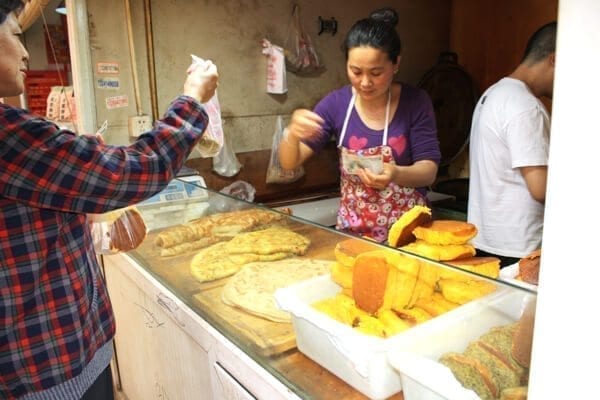 Excited, we decided to walk the whole market systematically so we didn’t miss anything. Vendors called out to get shoppers’ attention and the shoppers scrutinized the goods and asked for prices. With vegetables getting bagged and money changing hands, the whole place had a sense of liveliness that you just don’t seem to get at your local suburban Stop & Shop. 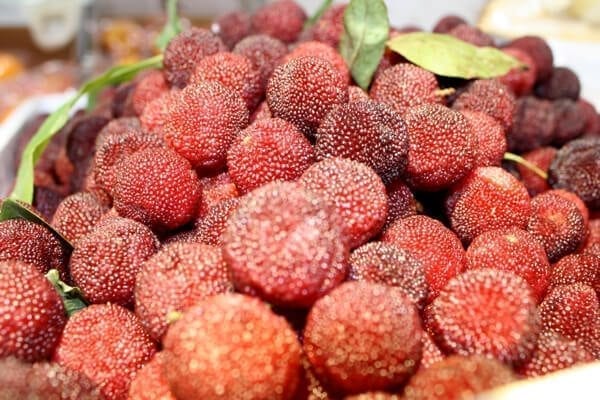 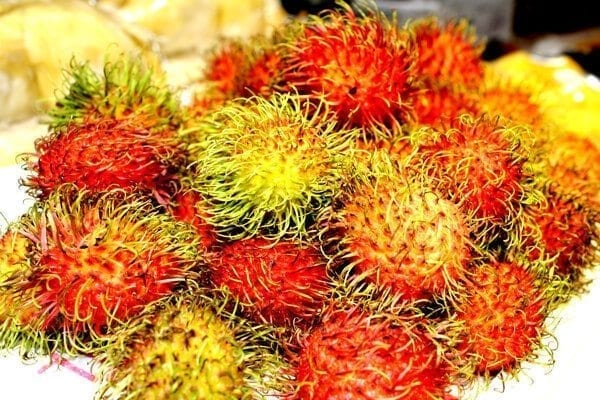 We may have gone a little crazy, buying way more food than two people really needed. But as we came out of the dirty alleyway carrying our latest discoveries, we felt like locals for the first time. Needless to say, this market has become our favorite bi-weekly shopping stop. 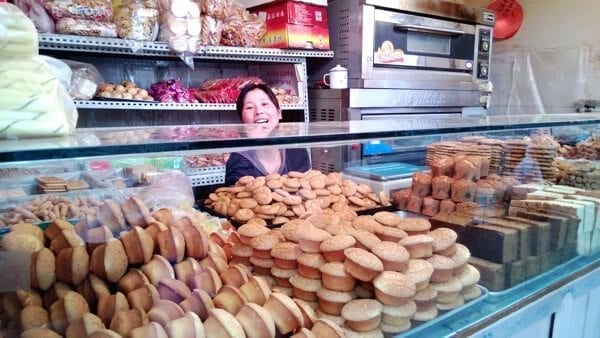 Day after day, the market repeats itself. The only changes are in the varieties of fruits and vegetables over the course of each season, and the vendors’ children, who seem to get a little older every week.

Later, we found out that many of these vendors grow their own vegetables at farms just outside the city center, and make the trek into Beijing every morning to sell their stock. If you get there late (around 11:30 or later), you may end up with a pretty sparse selection, but you may also be able to buy a twenty pound bag of fresh pea pods for 30 RMB (about five bucks) or a pound of peppers for 2 RMB (30 cents).

There are many hidden produce markets like this dotted all over the city. They open daily, from early morning to noon, only closing for about 15 days during Chinese New Year when the city empties and vendors go back to visit their homes and villages. There are also large supermarket chains all over the place, but why go to those when you can get fresh, local produce just a few blocks from the apartment? 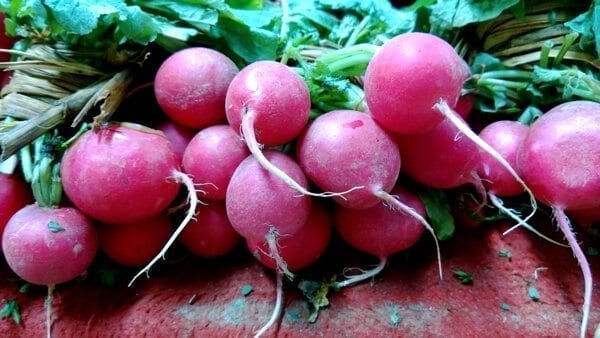 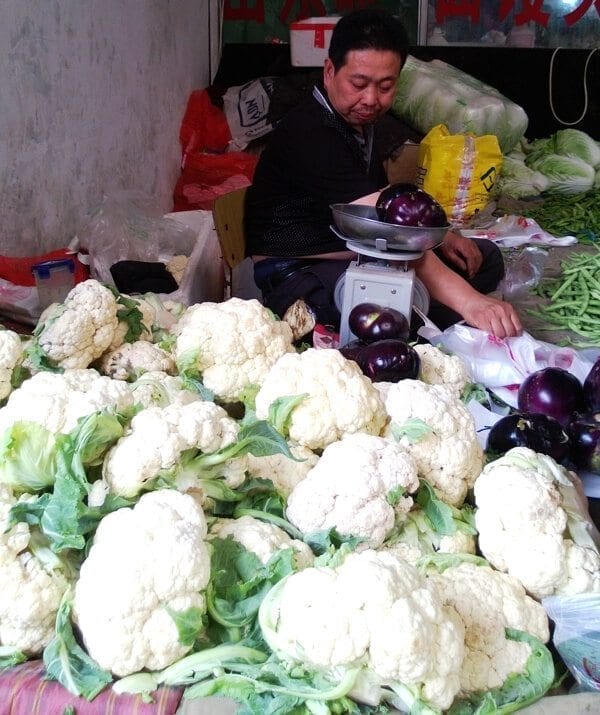 We’ve also seen some more adventurous expats buying in this market. Most of them speak a little bit of Chinese and some use hand gestures, but the message always gets across. When it comes to paying, though, they’ll sometimes pay with large bills and won’t bother to question the amount of change they get back. Don’t let that be you!

But let’s face it, at a dollar for a bag of apples, or 30 cents for an enormous two-pound bunch of leafy greens, it can’t be that bad. 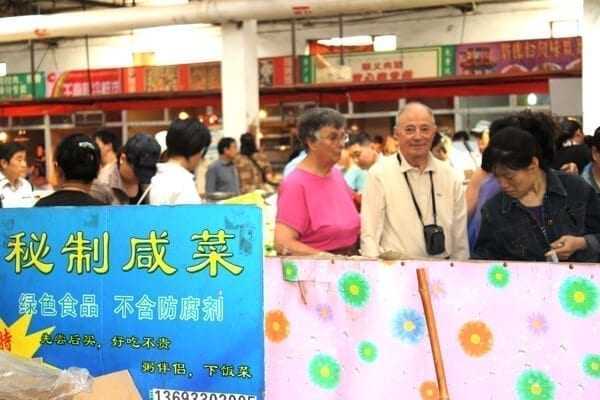