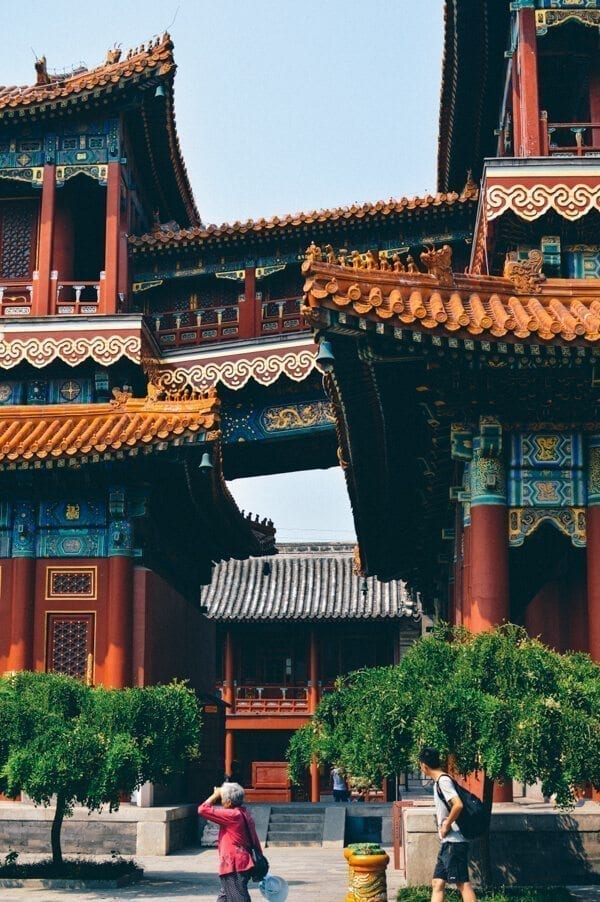 For those of you who’ve been following us for a while, you may have noticed that lately, our recipes appear to be coming out of our American kitchen, rather than the broom closet that was the kitchen in Beijing. You’re eyes aren’t deceiving you. We’re making the official (and very belated) announcement that we’re now back from Beijing and all based in the U.S.A. once again.

Ok, so it’s been approximately six weeks that I’ve been without cheap taxi rides, Sichuan hot pot, and bootleg seasons of Breaking Bad. We were kind of nervous about telling you all to be honest. The whole US/China thing was the mystique. The certain je ne sais quoi that set us apart from the crowd, like the kid on the playground with the British accent who instantly becomes everyone’s best friend just so they can hear him say “bogeys” instead of “boogers.” True story.

Looking back on the last two years, it’s hard not to go all nostalgic about everything. Nostalgia, after all, is my go-to response to most life changes. You’ll just have to bear with me.

The first time we visited Beijing, I was seven years old. 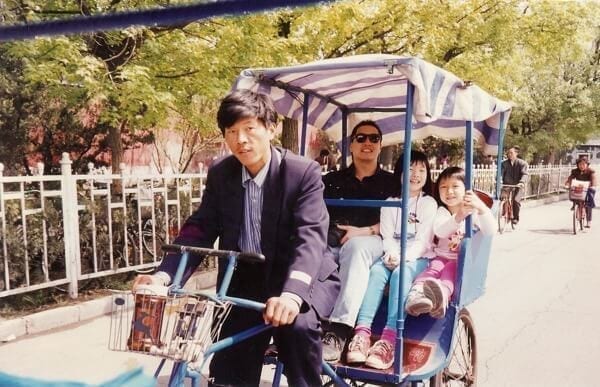 I had no idea I’d one day call the city home, and the thought of that ever even being a possibility would have sent me crying–to scribble my anxieties in my Lisa Frank pony notebook. 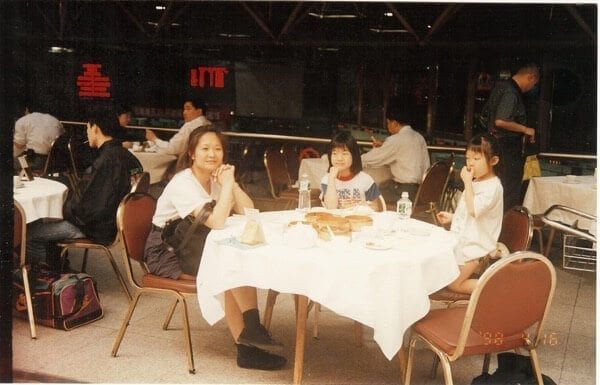 From that very first visit… 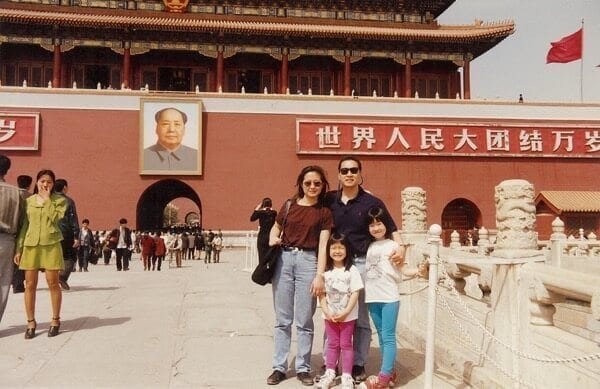 To the Beijing I know as an adult… 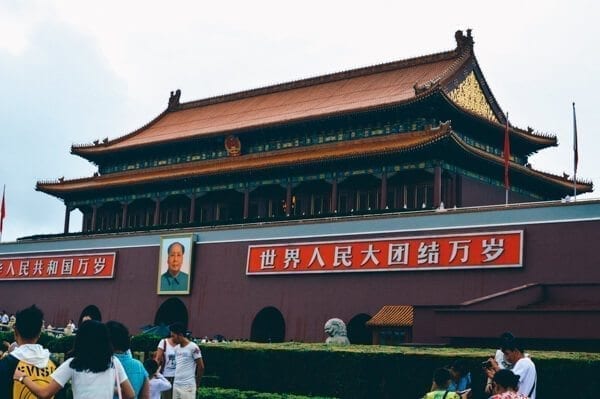 They were completely different worlds. When I was young, everything was completely foreign. I knew nothing of the language, the strange northern Chinese food, or the country where my family had supposedly originated. My only memories of that first journey into China are of a blue dress with a giant white flower on the front, silver shoes that I thought were the coolest shoes ever conceived by man (Payless, really), a bright red umbrella with white polka dots, and waiting for lamb skewers from a roadside grill.

I have a whole other set of impressions of China today, of course. The other night, we had friends over for dinner, and they asked us about Beijing. We talked about the censorship (the occasional–and terrifying–blackening of the TV screen in the middle of a CNN report), pollution (and “beyond index” PM 2.5 readings), and a zany tale involving a taxi and mysterious missing window cranks (something about propaganda flyers). We horrified them with photos of the sky on smoggy days that looked like stills from a Michael Bay disaster and/or apocalypse movie. In short, we pretty much pooped all over Beijing’s good name.

The truth is however, now that I’m back, I miss China. I miss getting really awesome $5 haircuts that didn’t involve sitting in a Supercuts and paying extra for the blow dry. I miss not having to tip at restaurants (they have a salary system there), and eating out at least 4 times a week. I miss fiery food and crazy late-night citywide expat parties. I miss walking through the tree-lined streets of the embassy area, and relishing every bite of feta cheese I allowed myself at the corner Greek lunch buffet. 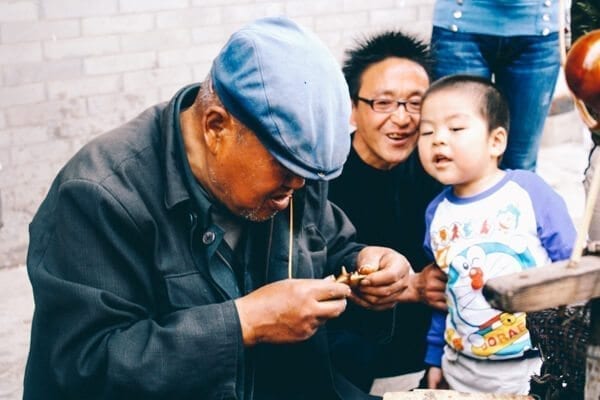 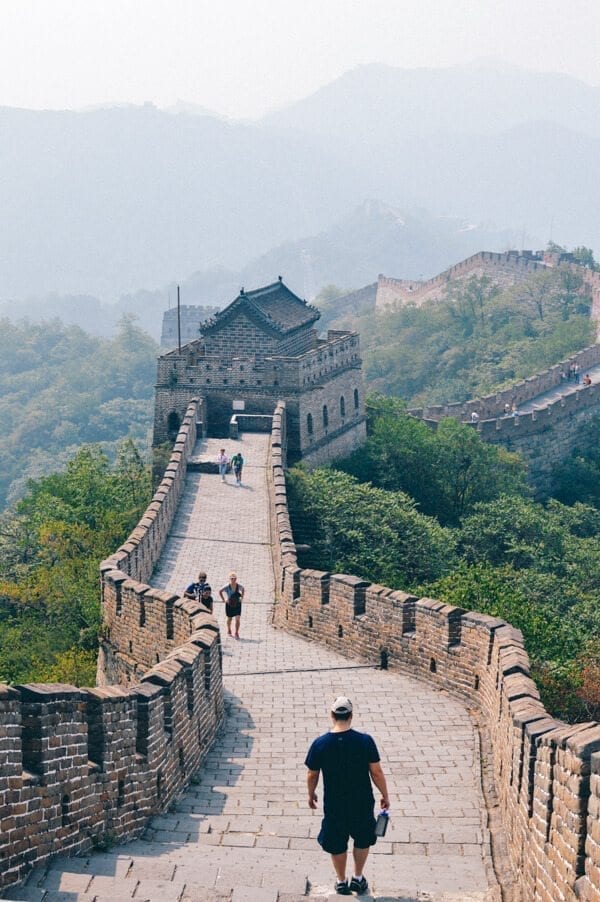 I miss the Solana Mall, with the Honeymoon Dessert place, the Paris Baguette, and the cat poop coffee (it’s called kopi luwak, and it’s a thing. In other news…two mentions of the word ‘poop’ in one post…I don’t think any other post on any other food blog has ever accomplished such a feat). 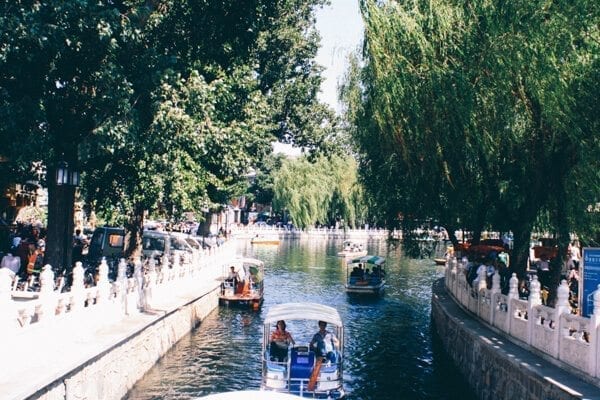 I miss the view of Chaoyang Park from the apartment. I miss old guys flying kites and swinging around on public exercise machines. I miss Beijing hipsters and clogged streets. I miss the dumpling chains, the Bookworm Cafe & Bookstore, and the Lanzhou hand-pulled noodle restaurant across from the apartment complex (check out our attempt at their recipe here). 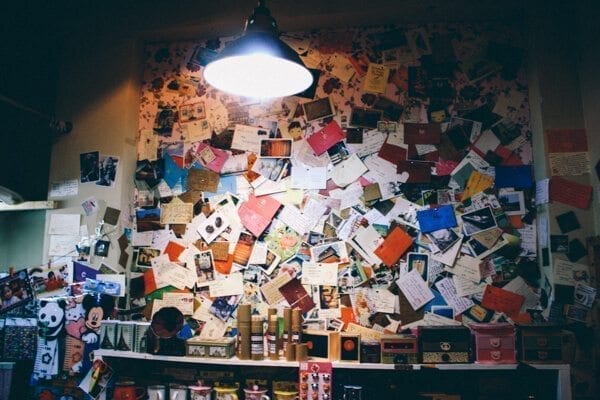 I want to go back to the local wet market (our first trip to the market in Beijing) and see the onion guy and the mushroom lady and the couple who sold scallion pancakes every single morning. I miss the feeling of being at the center of it all–the place where everything was really happening. The center of the world’s collective gaze.

In Chinese, ‘China’ can literally be translated to ‘middle kingdom.’ The center. The origin place of so many of my favorite foods–of my family. Despite some bumps in the road and the very real possibility of chronic respiratory problems, Beijing was good to me. I’m glad for the time I was there, and I have a feeling we’ll be back. 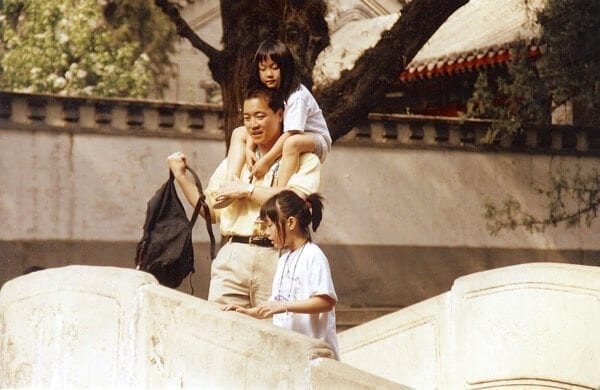