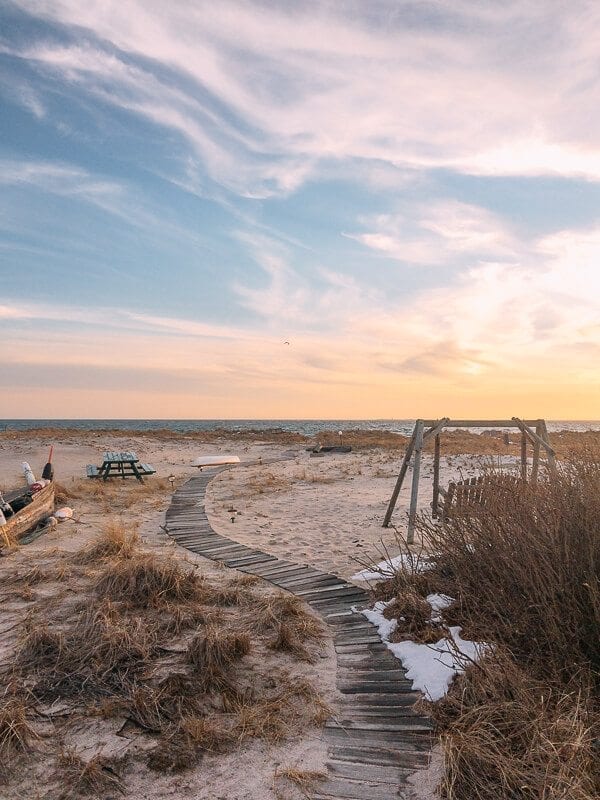 Late February. You’re still in the throes of winter, and grey skies, puffy coats, and frosty mornings have been part of your daily routine for the better part three months. The “magic” of winter seems to have disappeared. The Christmas songs, holiday feasts, and first snows have all come and gone, and all you’re left with is chapped hands from forgetting to bring gloves outside, and staticky hair from the knit hat you keep trying to pull lower over your ears.

If, like my sister and I, you live in New York or some other skyscrapered city in a 4-season climate, this is the worst time of your year. Winter out in the “country” (as we call the suburbs we grew up in––out where my parents live) is one thing. But winter here in the city is just awful. And dull.

This is the mental state I was in about three weeks ago, just before President’s Day Weekend. And with a rare three-day weekend ahead, my mind was set on looking for a change of scenery.

It’s a natural impulse to want to escape to the beach in February. The sound of the ocean, away from steel buildings and disgruntled New Yorkers, was exactly what I wanted. But considering that I hadn’t given any advanced thought to a normal winter beach getaway––to the Caribbean or Mexico perhaps––my options six days out were limited.

Which is how The Woks of Life crew (and of course, Barley) ended up holed up in a little beach house on the tip of Cape Cod in the middle of winter. 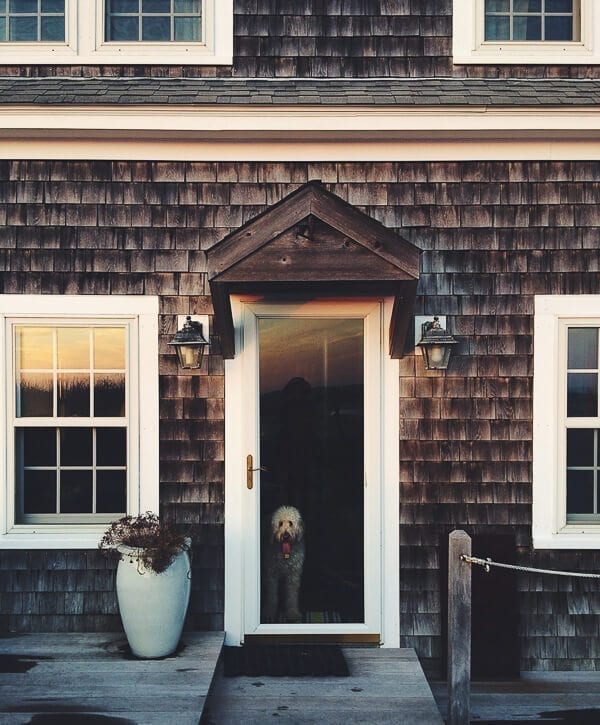 As it turned out, the weather was amazing that weekend––around 60 degrees (#globalwarming). And I now want to live in a beach house all the time. 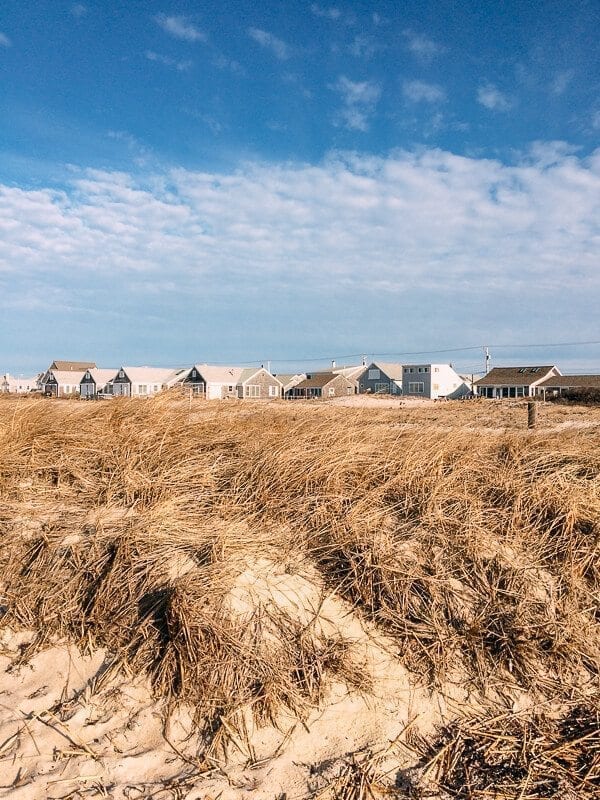 We found a really cute house in Provincetown, and drove up to Cape Cod on Saturday morning. It wasn’t exactly a short drive, and various members of my family will probably have slightly different opinions as to whether the 6-hour journey was worth it, but with the audiobook version of Trevor Noah’s memoir to entertain us in the car, and a stop at Popeye’s for a shared 4-piece meal and a bathroom break, I found the whole thing downright pleasant.

We arrived at the quintessential New England beach house––wood walls, exposed beams, a working fireplace, fully-equipped kitchen, very comfortable beds, plenty of books and cookbooks to choose from, an outdoor deck, and a little winding boardwalk that led straight to the ocean. 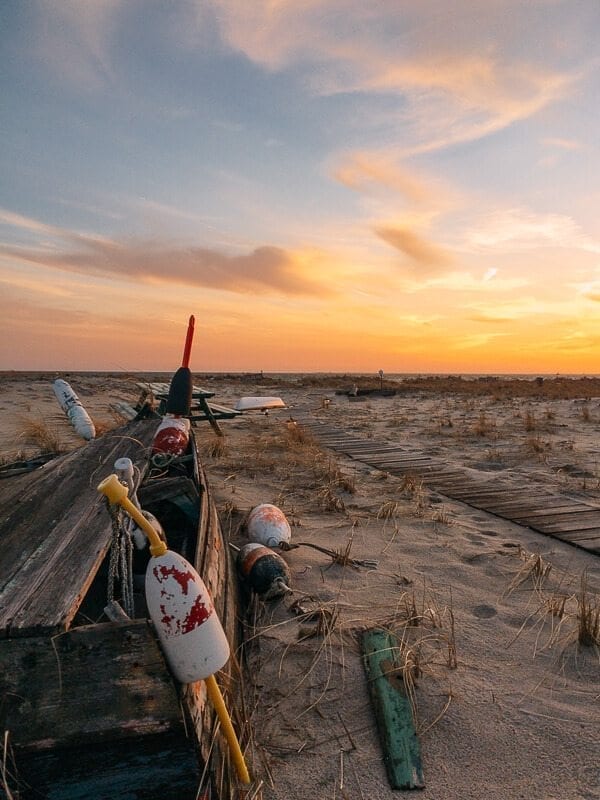 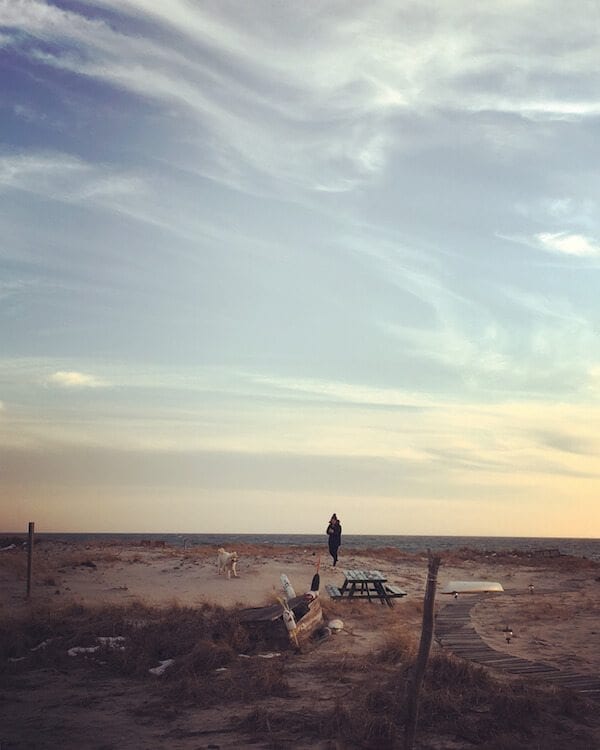 It was Barley’s first time at the beach (strange to think how big she’s gotten since her first snow two years ago), and she took to the whole thing immediately.

We were barely outside 2 minutes before she’d found and captured some other dog’s rope toy (Which she refused to give up. Barley still doesn’t fully comprehend that in order to play her favorite game––fetch––she has to actually relinquish the thing she wants me to throw), and had a great time sniffing a whole host of new oceany, beachy smells. 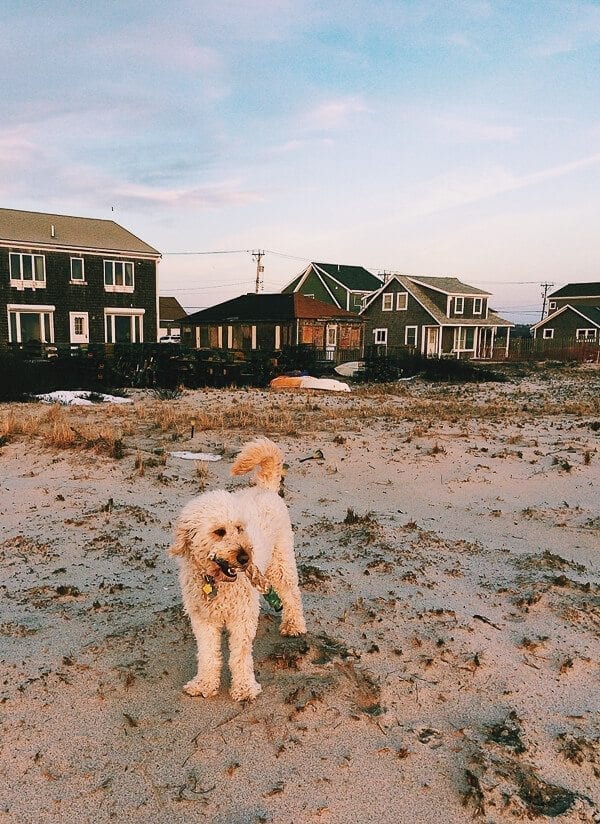 Walking along the beach in your coat and boots is surprisingly great. We essentially had the whole stretch of beach to ourselves, and the clean, salty air was a welcome change from smog and car exhaust.

We also had a perfect view of the sunset from the house. 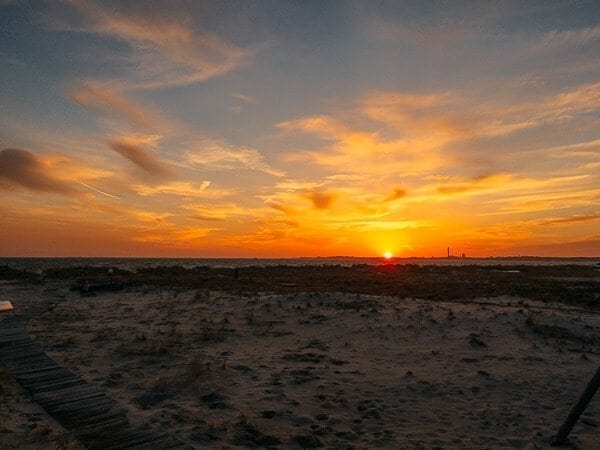 And when the sun did go down, the stargazing was incredible––Kaitlin and I just sat outside on the swing right on the beach and stared up at the sky for a while.

The rest of the weekend was a series of relaxing activities: 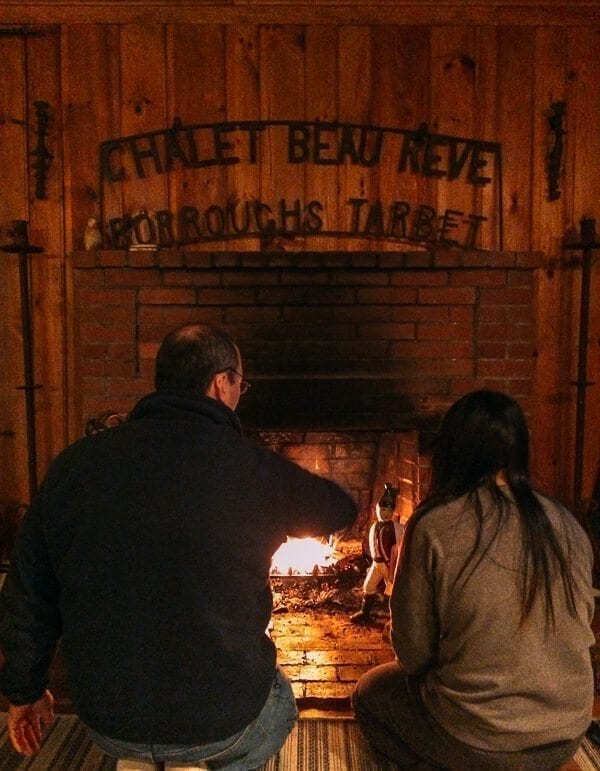 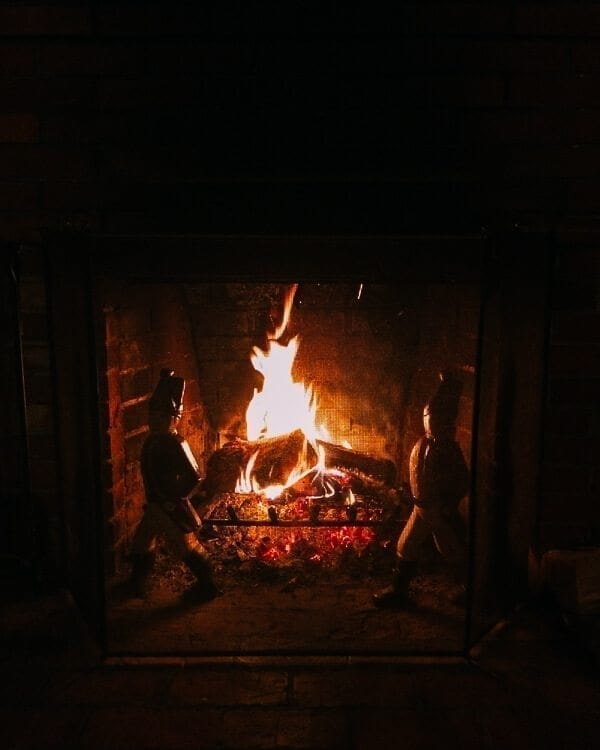 On a very sunny Sunday morning, Barley couldn’t resist venturing into the water when we were on our walk.

She was like us when we were kids at the Jersey shore, venturing out a little further as she got braver. And running back to us when the little waves would catch up with her. 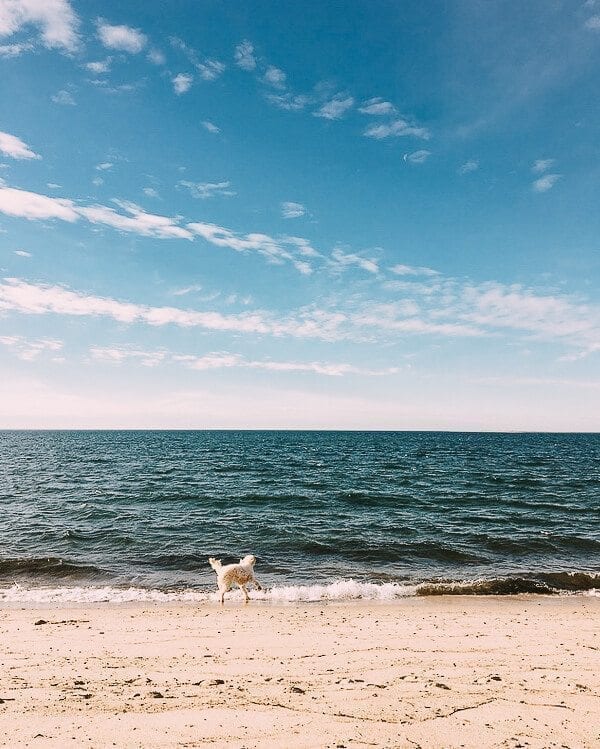 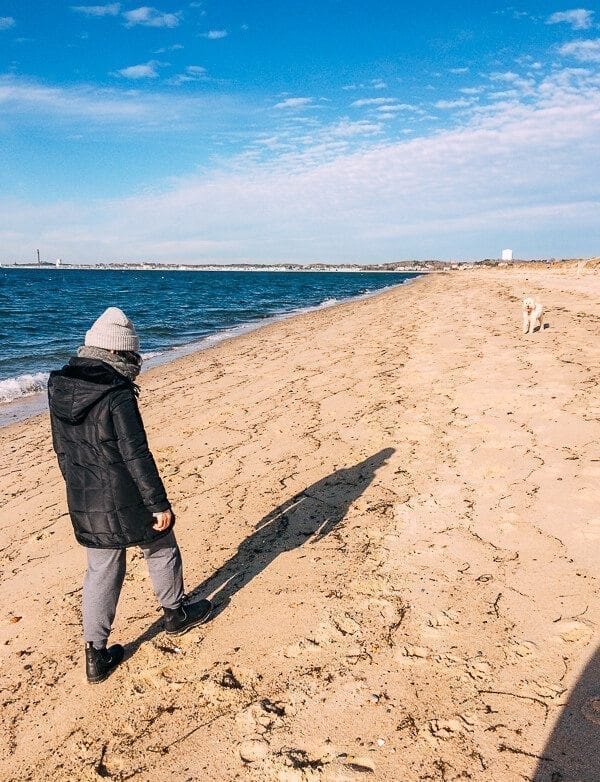 Later Sunday morning, we ventured out into the village of Provincetown. We wandered into an estate sale (we are avid buyers of old and unwanted furniture), shopped at a couple antique stores and vintage shops that had opened their doors for the great weather, walked along Provincetown Harbor, and admired old houses. 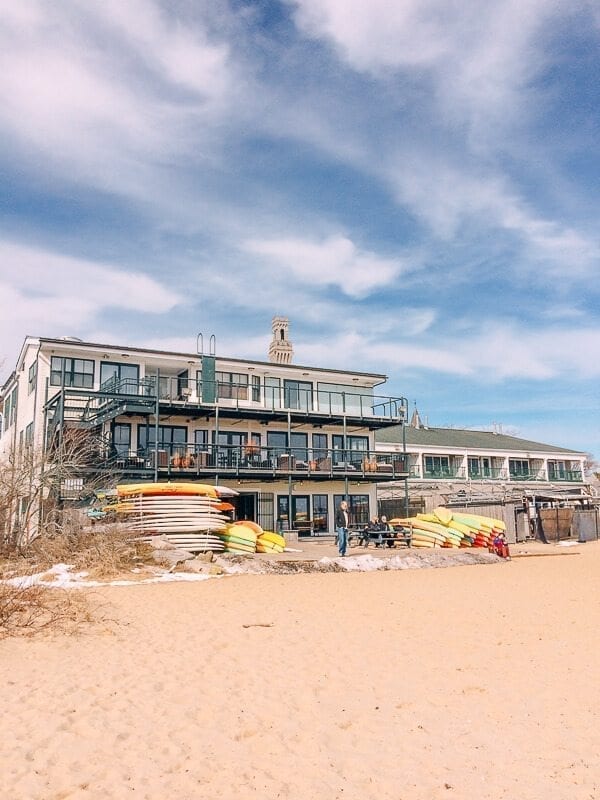 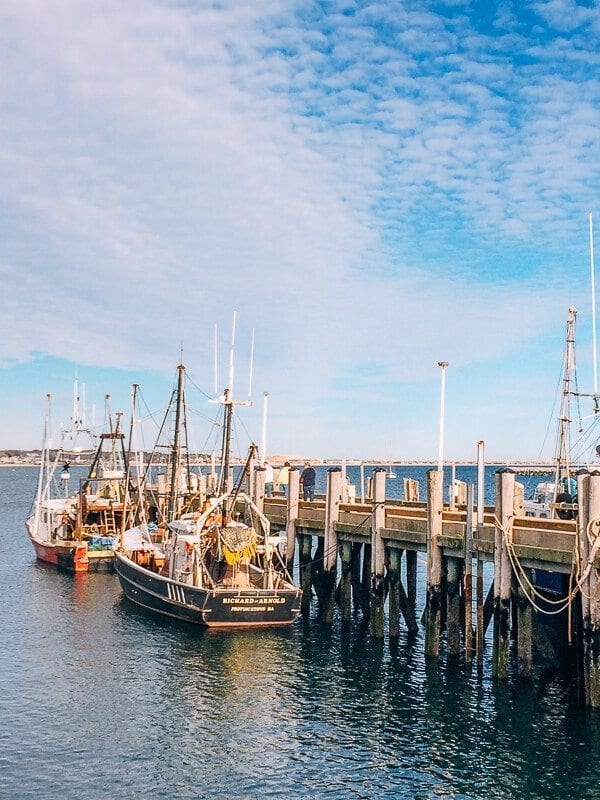 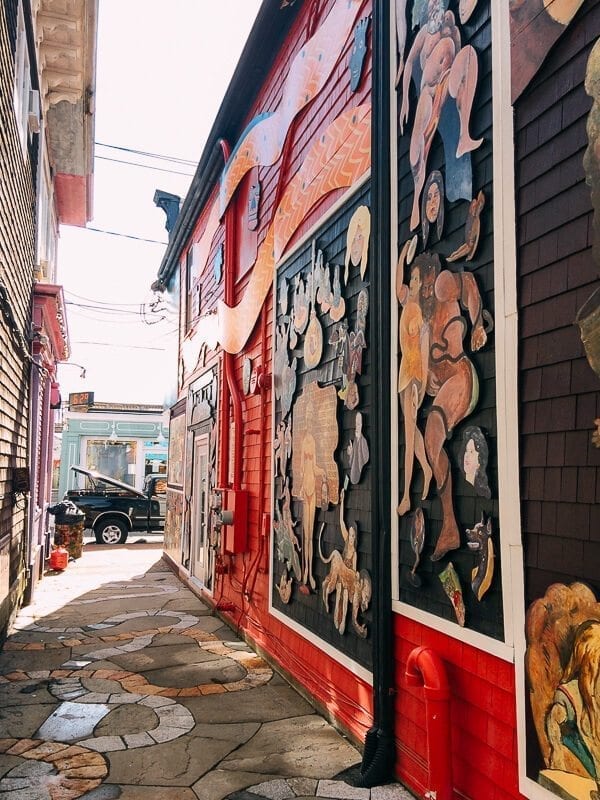 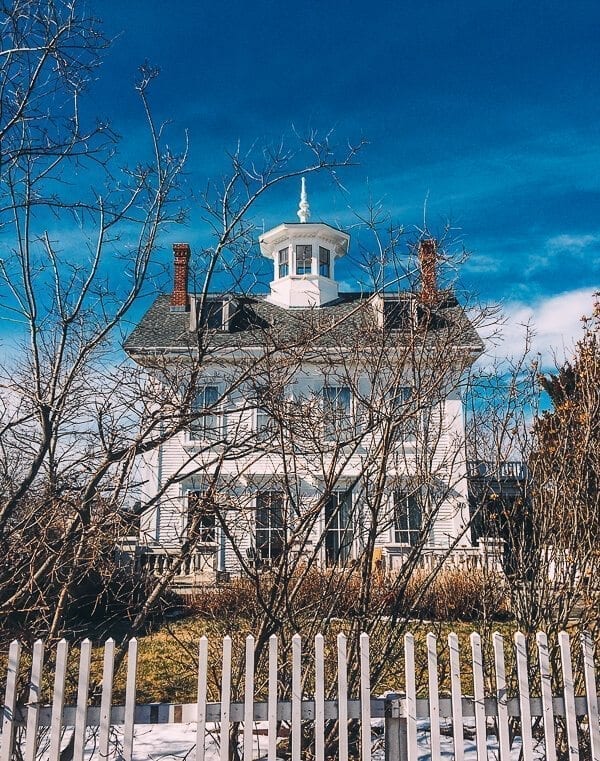 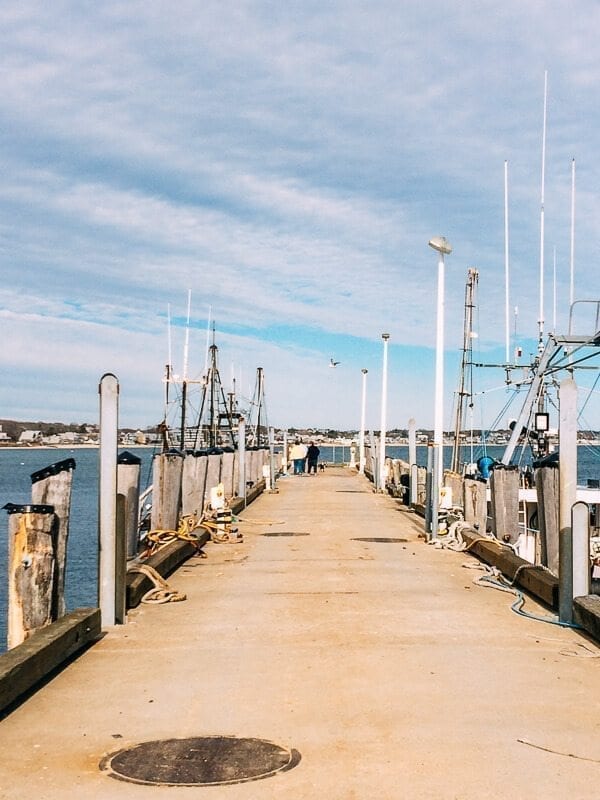 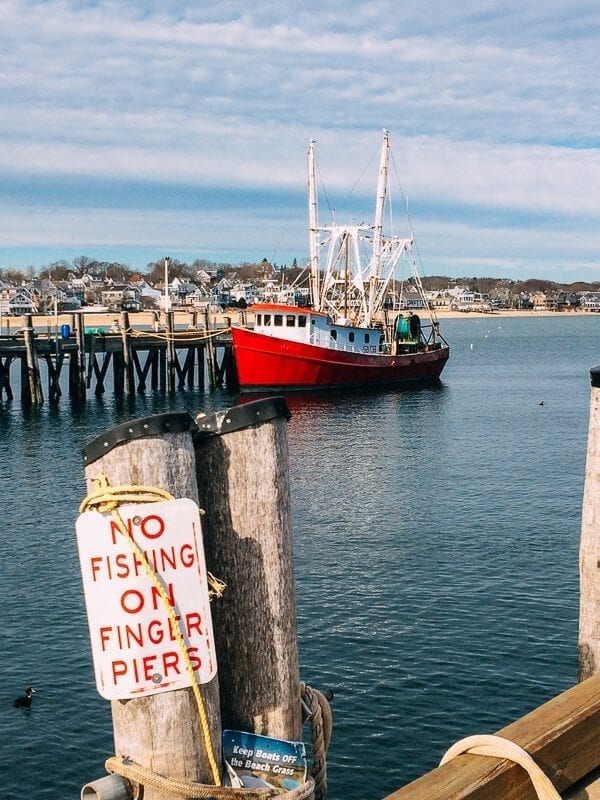 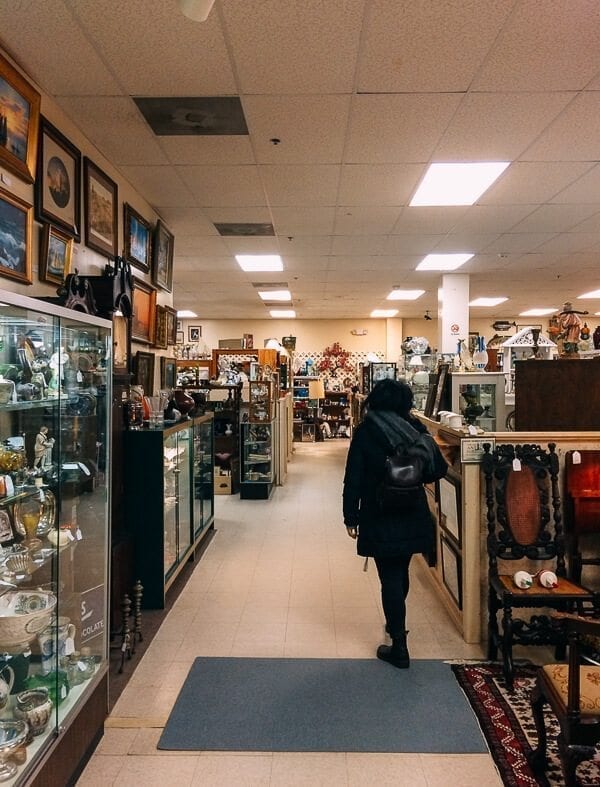 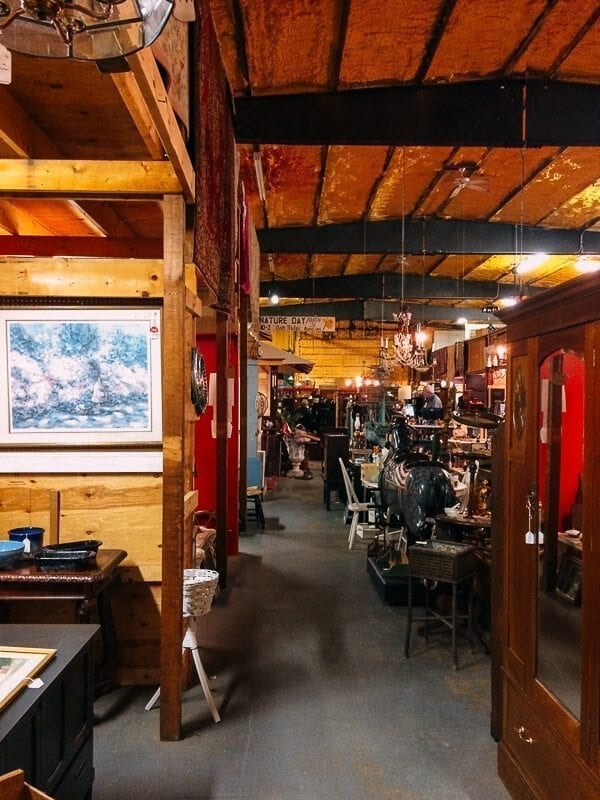 And in the afternoon, we’d head back to the house for homemade happy hour snacks and wine, music, beach walks, the sunset, dinner, and the fire.

When I got back to work on Tuesday and told people I’d been in a beach house in Massachusetts over the weekend, I got a few weird looks. But Cape Cod in the winter? I’d do it again. 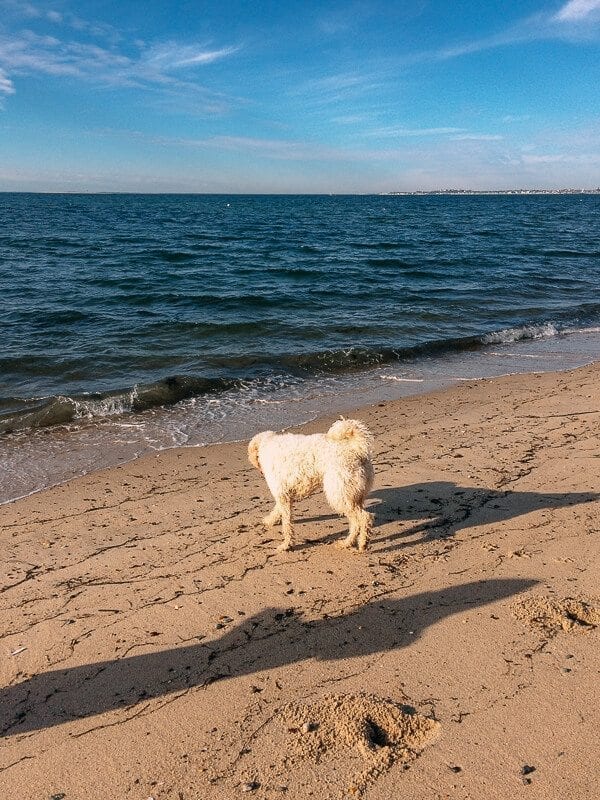