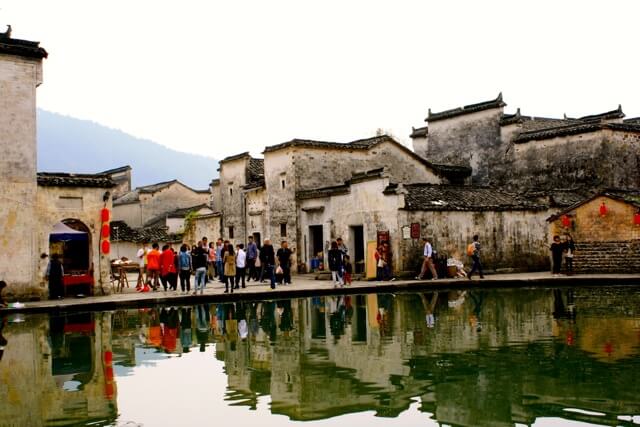 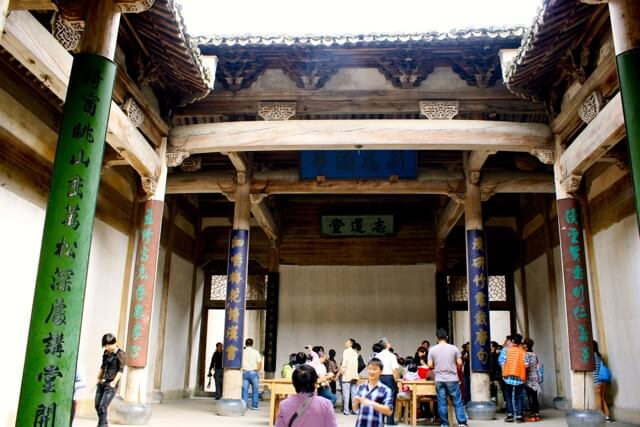 Can’t you see ALL of this:

…happening up in HERE? 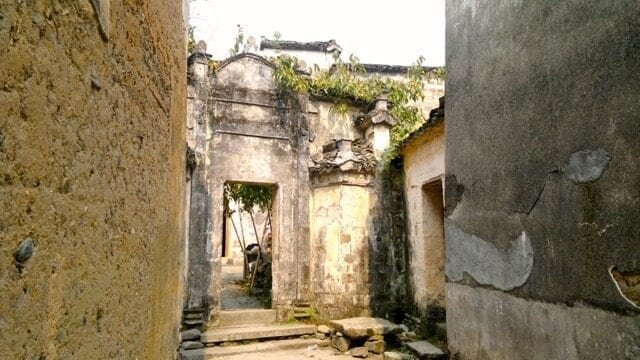 It’s like you walk into each building or courtyard and half expect to see Michelle Yeoh and Zhang Ziyi battling it out for the Green Destiny. 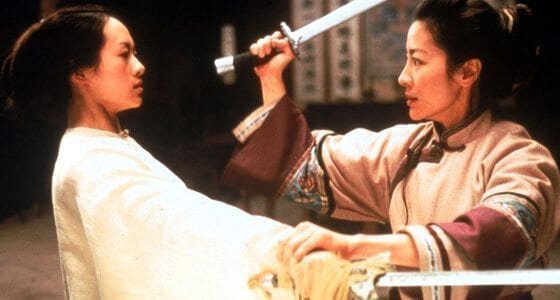 Hongcun is known as sort of a ‘model’ ancient Chinese village, and parts of the film were indeed shot on location there. One of the most recognizable features that can be seen in the movie is the half-moon pond in the middle of the village: 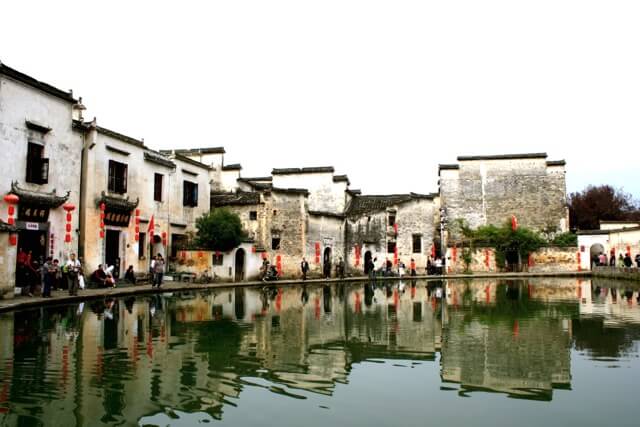 Founded in 1131 during the Song Dynasty, Hongcun is near Huangshan, which we featured in a previous post. It became a center for trade throughout the Ming and Qing Dynasties, and many of the buildings from this period are still standing and still very much lived in by locals. There were some great architectural details, especially in the grander homes that are now open to the public. 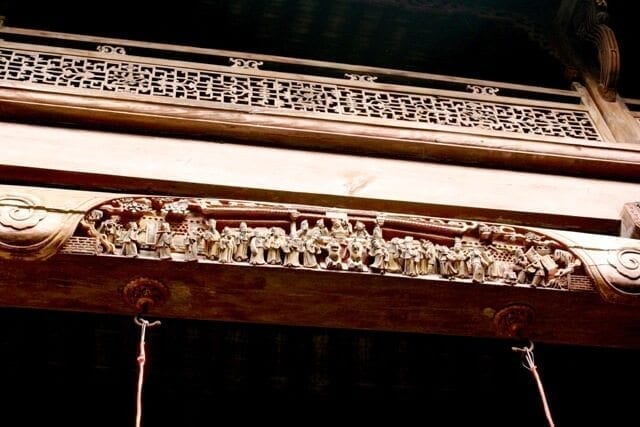 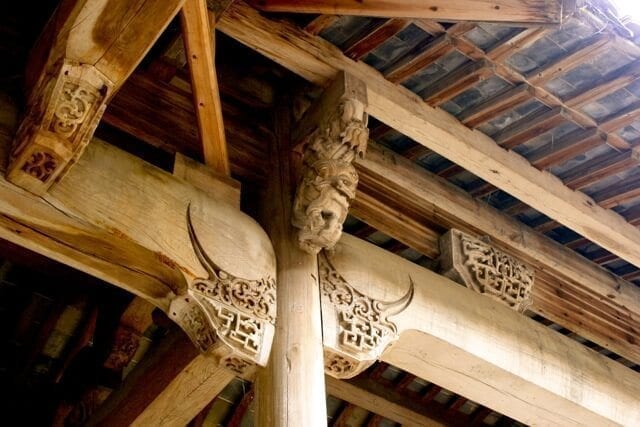 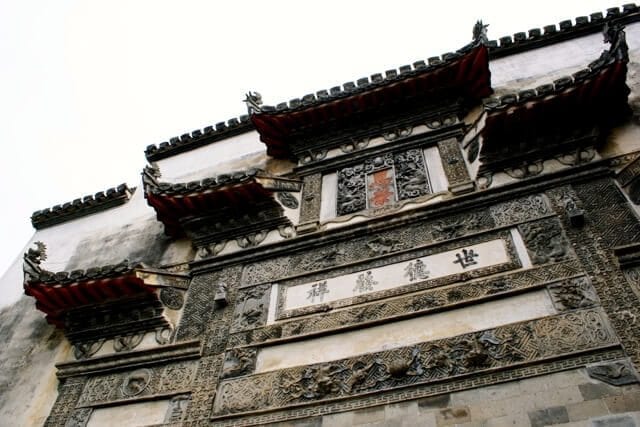 The village has a system of canals running through all the homes and buildings, forming two ponds, one at the center, and the other at the southern end of the village. The winding patterns of narrow alleys and lanes follow this canal system, and it looked like people were still using it today to water little gardens or wash clothes. 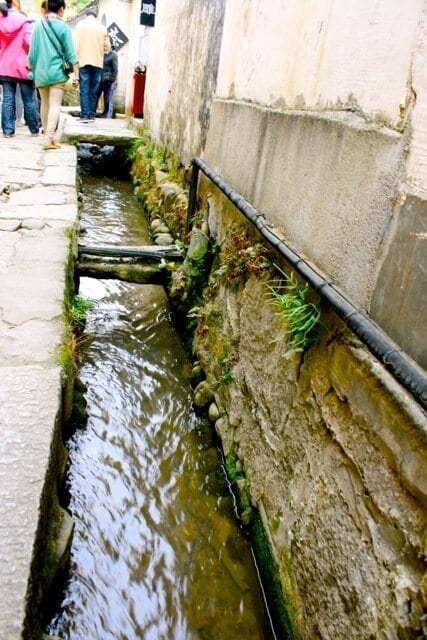 It’s not as touristy as a lot of other similar places in China. Although there are some souvenir shops and stalls selling food, tea, and other local specialties, there are pockets of the village where people are just living in the old buildings, and there’s an atmosphere of quiet day-to-day life. People tend their gardens, hang salted hams out to cure, drink tea and chat. A lot of them keep their doors wide open, and it’s not hard to mistake someone’s home for an attraction and accidentally walk in. This happened a couple times, actually. They didn’t seem to mind. 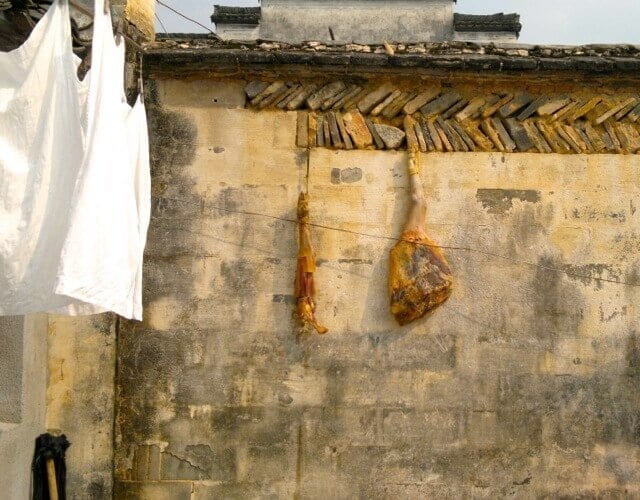 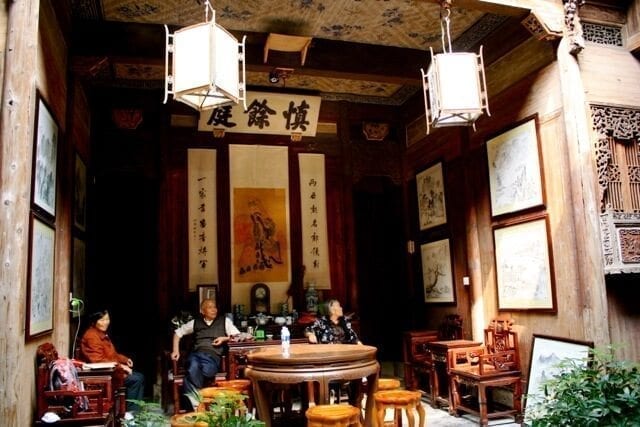 We sampled some of the local specialties, including this pancake/pastry thing that was filled with preserved vegetables. The sound of that might not exactly make your skirt fly up, but it was totally good. 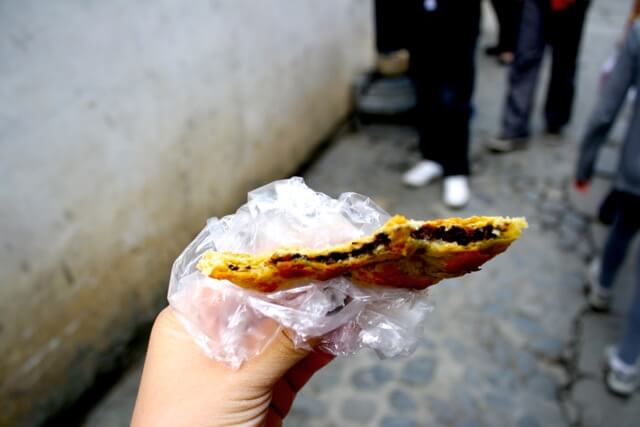 For most of the day, we just wandered through the narrow streets, not looking for anything in particular, but getting some snapshots of everyday life there. 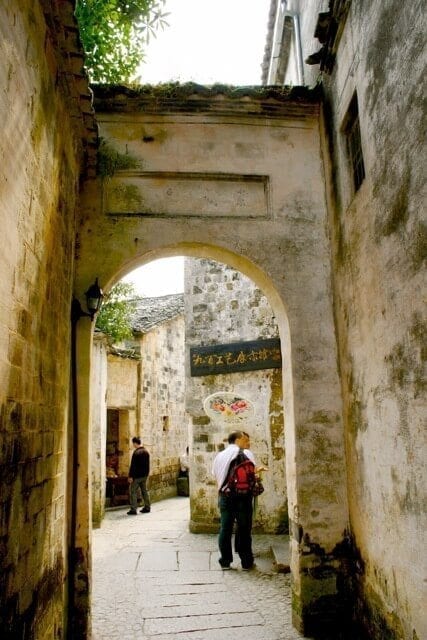 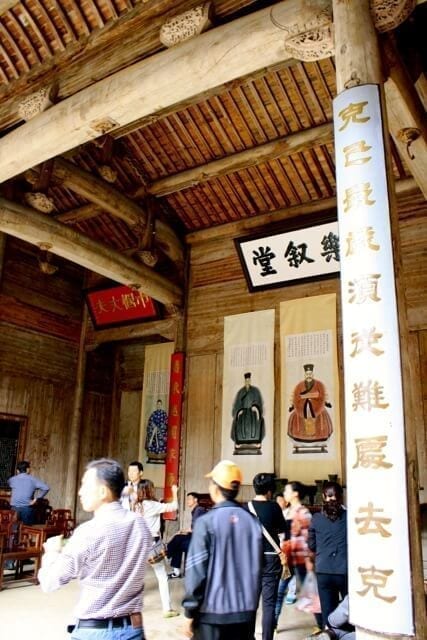 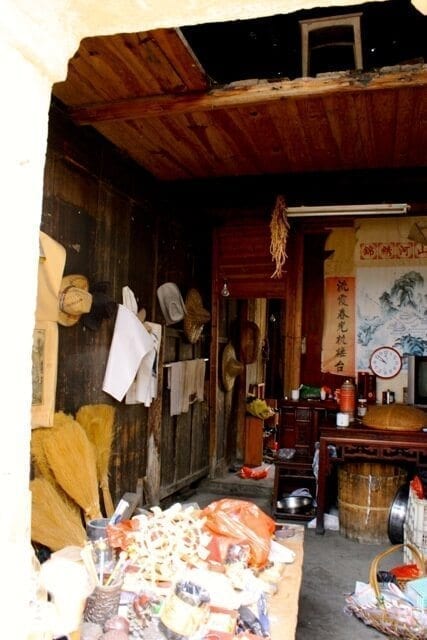 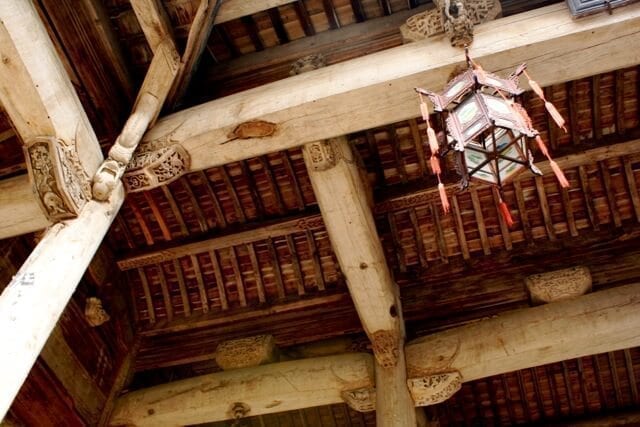 While straying a little off the beaten path, we met an older lady who was picking squash in her garden, and she offered to cook us lunch. She brought us to her home, which she had converted into a small inn, and took us to the outdoor kitchen, where a small pile of fresh vegetables served as our menu. She suggested we order her home-cooked tofu dish, some salted ham steamed with bamboo shoots indigenous to the area, stir-fried wild greens with garlic, and some of the squash that she’d just picked. We took her up on the suggestions, and she and her husband prepared the meal while we perused their family photos and outdoor courtyard.

They brought the food out, along with some rice and tea, and we ate and chatted about her life in the country. It was the perfect capstone to the day. 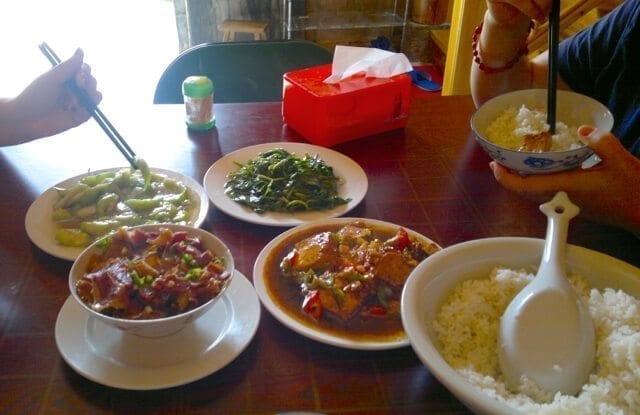