A Day in Flushing 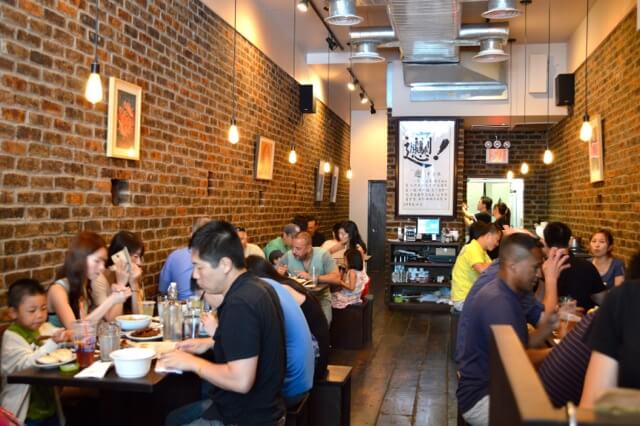 This weekend, my sister and I decided to make a last-minute trek out to Flushing, NY, where my grandparents and cousins live. After a little bit of coordination on my and Sarah’s end to get into Chinatown from our respective locations, we hopped on a dinky shuttle into Flushing for a fun day of food and catching up. The shuttle was full by the time we got there, but we were allowed to sit on newspapers on the floor of the van. Because we’re classy like that.

Our cousin, Annie, and her husband Brian took us out for lunch to a new restaurant called Biáng!, which was opened by the owners of Xi’an Famous Foods (which you may have heard of from Anthony Bourdain or Andrew Zimmern), a noodle chain that’s been made famous by it’s hand pulled, chewy noodles and spicy sauces. We stopped in at the hole-in-the-wall spot before heading to their restaurant just around the corner. 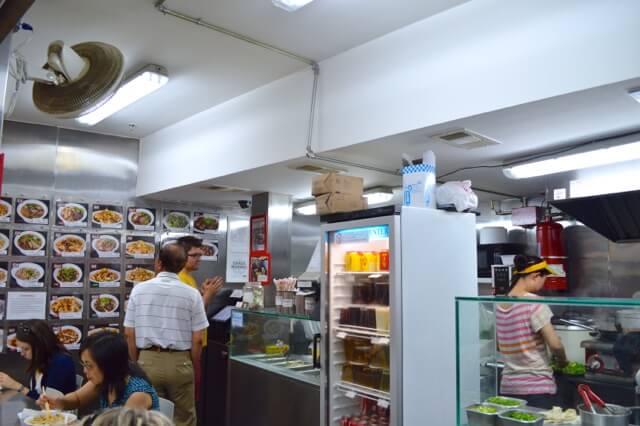 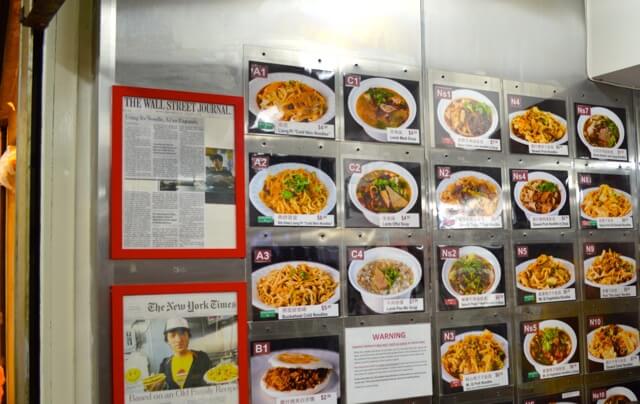 The new restaurant is slightly more upscale, but only in the décor, not the prices. They offer the same dishes they have at their smaller locations, plus a delightful selection of teas, appetizers, and kebabs, called “串” (chuàn). Look! The character looks like a kebab! Who says Chinese is hard?). 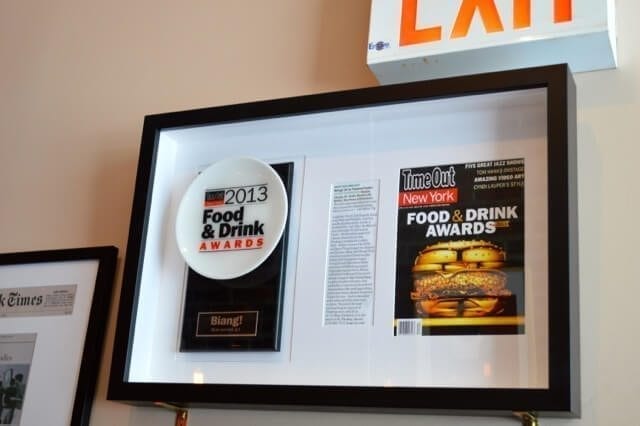 We decided to order the classic hand-pulled biang biang noodles they’re known for, as well as some tripe, chicken heart, and pig intestine skewers (don’t knock it ‘til you try it). The main dining room of the restaurant was packed, so we sat in the “backyard” and enjoyed the utterly non-Flushing-like ambiance while sipping our iced teas (Jasmine, Chrysanthemum, and Hawthorne. The Hawthorne tea was sweet, a little tart, and completely delicious. We’re going to try to approximate it ourselves, so look out for a recipe soon!) 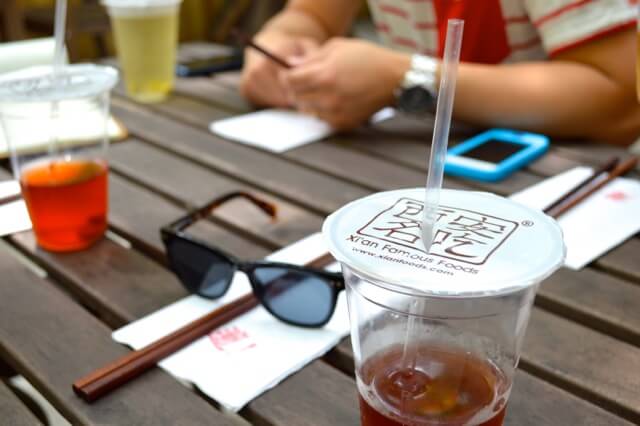 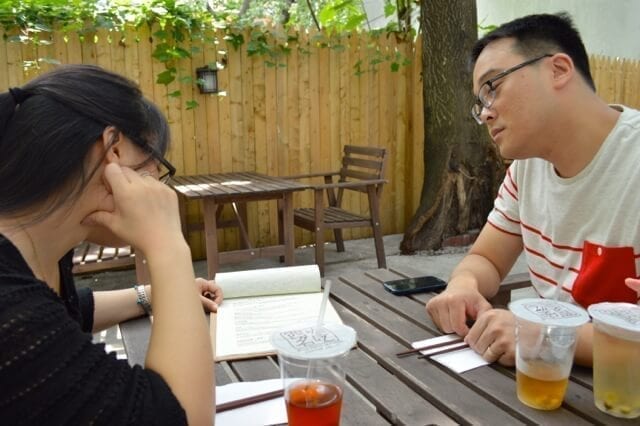 Soon enough, the food was served. The tripe skewers came out first. 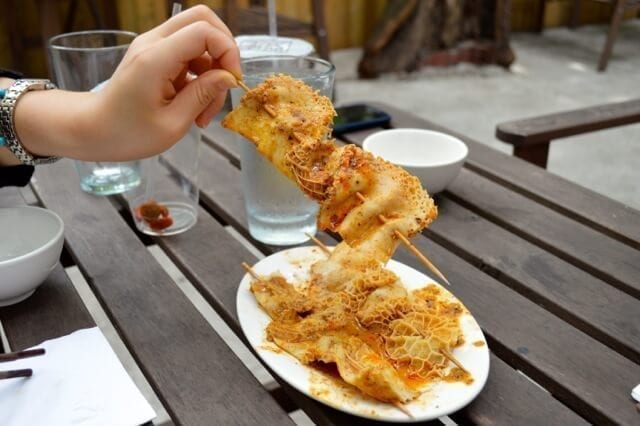 A little funky looking at first blush, but very tasty and, dare I say it, somewhat refreshing on a hot summer day! The spicy, numbing, peanut-y cold sauce was…well I think those adjectives alone do it justice.

Then it was the spicy cumin lamb noodles. The lamb! The sauce! The spices! The delightfully chewy non-uniformity of the noodles! This is the dish they’re known for. 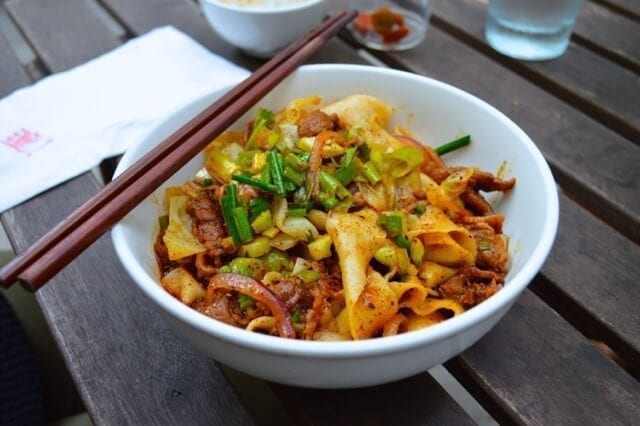 The chicken heart kebabs weren’t spectacular, but they were tasty. They just tasted like really lean meat, rolled around in seasoned, spicy chili flakes. 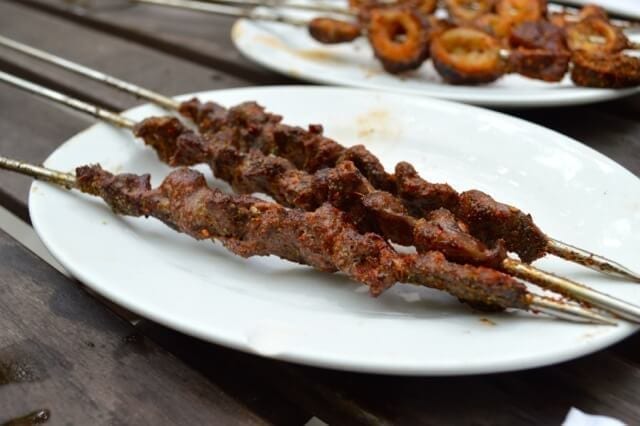 As for the pig intestines, they were SCRUMPTIOUS. (I don’t break out the word “scrumptious” out very often, so take heed, folks.) It was the first time I’d had intestines, and it was kind of a revelation. 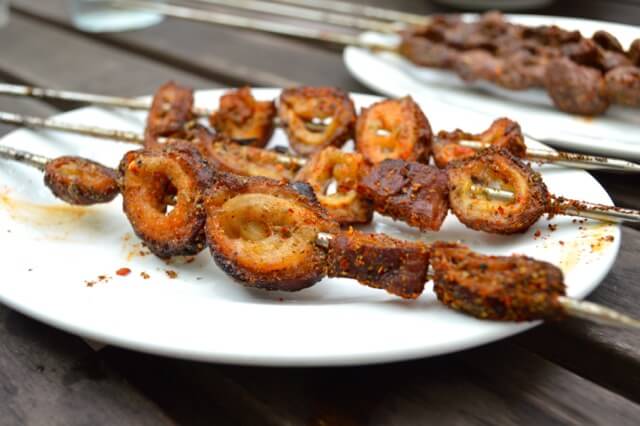 Needless to say, we made short work of the food. Annie and Brian were surprised to hear that Beijing doesn’t necessarily trump Flushing when it comes to food. While Beijing is great and can be similarly cheap, going to China isn’t necessary to get authentic Chinese eats. Some of the best Chinese meals we’ve had have been in Flushing, Chinatown, and suburban New Jersey.

After lunch, we did a little antique shopping (lots of overpriced and random Chinese vases, knick-knacks, and sculptures), and then headed over to Paris Baguette to meet Annie’s twin sister, Amy. 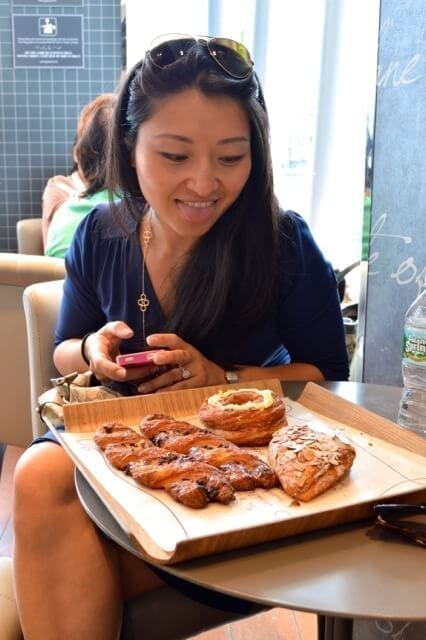 It’s a Korean bakery chain, known for their pastries, cakes, and shaved ices. 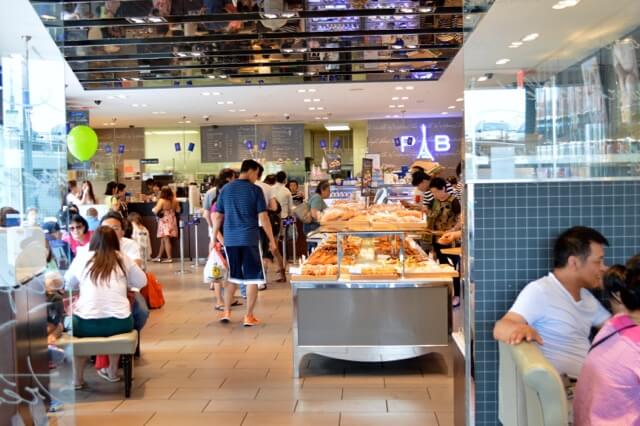 This is where we tried our very first cronut, or rather, the cronut’s lame cousin…the “kronut.” 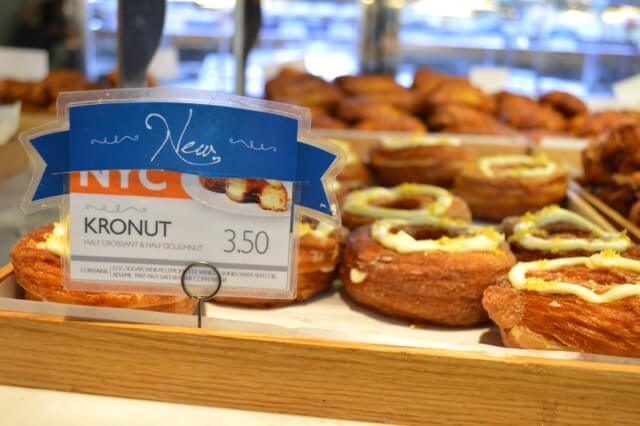 It’s a dessert that originated at Dominique Ansel Bakery as a cross between a croissant and a donut, and it’s gotten a LOT of hype in the media. We don’t know about the real thing, but the imitation crafted by our friends at Paris Baguette was definitely too oily. The lemon cream inside was pretty good, though. 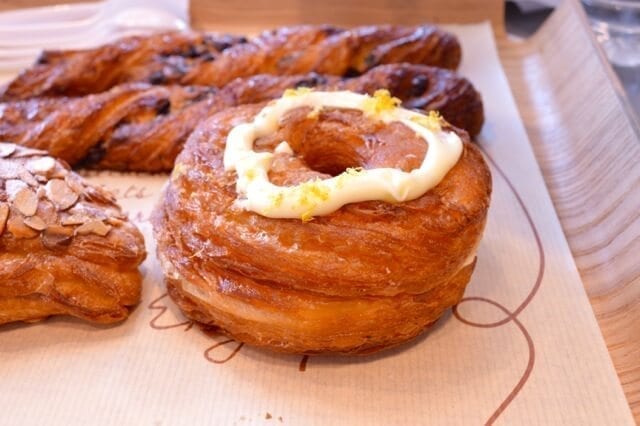 We got a few good pictures before the grumpy Korean boy replenishing the fruit tarts came over and told Sarah to stop pointing her camera at the food. 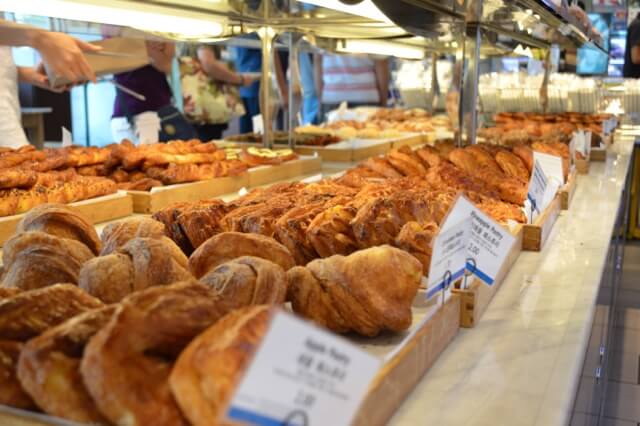 We also had a shaved ice dessert with red bean and summer fruit (Patbingsu, for you K-drama watchers, K-Pop fans, and Koreaphiles out there.) before heading back to Manhattan to help Amy shop for wedding dresses (She just got engaged a couple months ago. Congratulations Amy!) 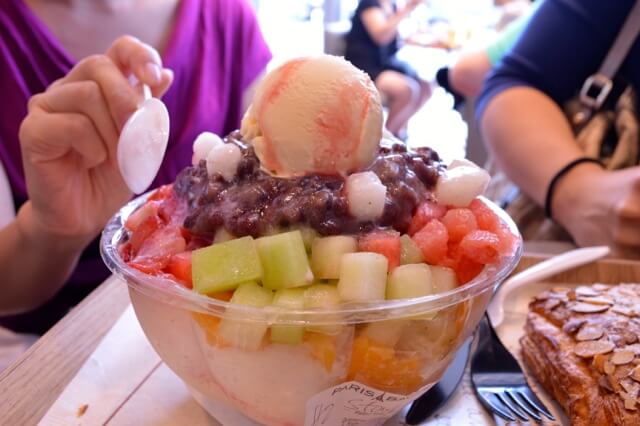 As we rolled out of Flushing in the air-conditioned glory of the Long Island Railroad, I kept thinking about how far Flushing has come in just the last 10 years. When we were younger, I remember hating passing over the vibrant energy of Manhattan’s Chinatown to cross over into the dull environs that was Flushing then. When I was still in high school, Annie and Amy would always joke that “Flushing is where it’s at!”

I used to just laugh it off as we piled into the car to return to New Jersey; but now it’s kind of true. There are tons of Asians in the area making sure there’s authentic food at every turn. At a couple points throughout the day, I realized that we could rarely stand somewhere and not feel the steam rising off of a tray of freshly cooked dumplings, see the vibrant colors of fresh cherries, dragon fruit, and Chinese vegetables, or smell the delicious scents emerging from the ventilation of a nearby restaurant.

If you’re anywhere near there, head to Biang! Restaurant for the cumin lamb noodles and the pig intestine skewers. Check out what else Flushing has to offer. Let us know if you’ve been there before, or if there are any local spots that you know about!