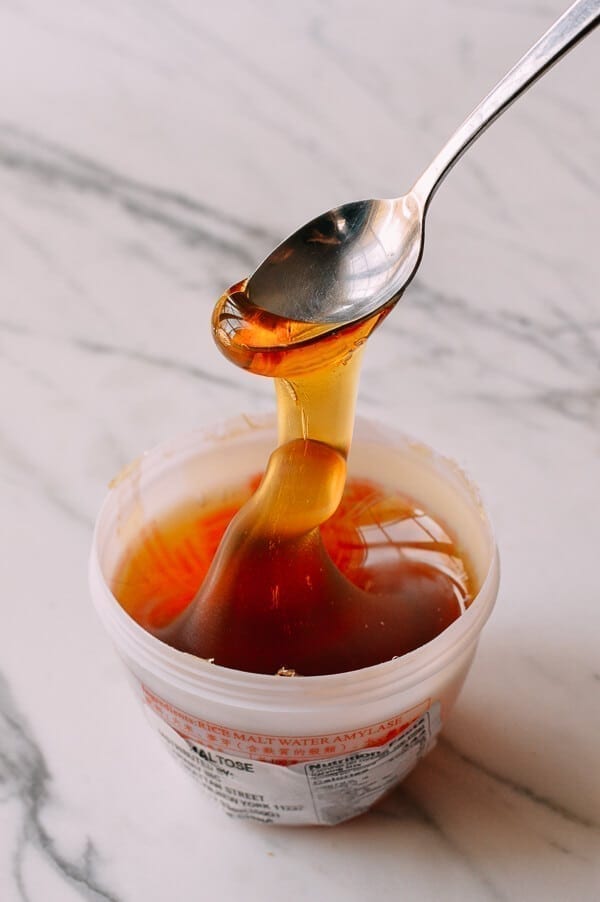 You’ll see maltose called for in a few of our recipes, including our Chinese BBQ Pork (Char Siu) and Fried Squab. But what is it, how is it used in Chinese cooking, and are there any substitutions for it?

We’ll cover that and more in this quick article!

Maltose (mài yá táng, 麦芽糖) is a natural sweetener produced from fermented grains like barley and rice. Also sometimes called malt syrup or malt sugar, maltose has the consistency of neither syrup nor sugar! It’s much more viscous than a syrup––more solid than liquid, really––and is also less sweet than sugar or honey. 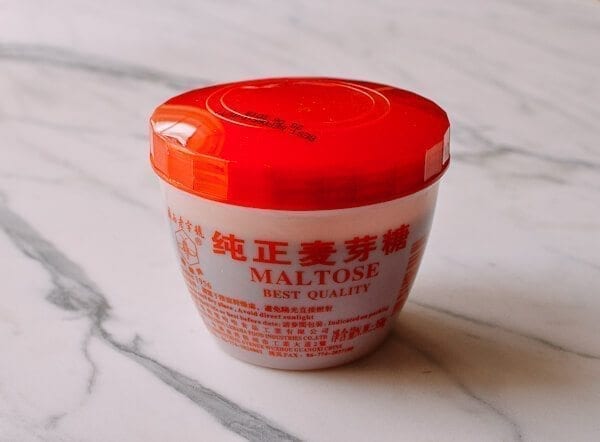 How Is Maltose Used?

Maltose is often used in Chinese cooking for roasted meats and also for crisping up the skin on poultry like fried squab. 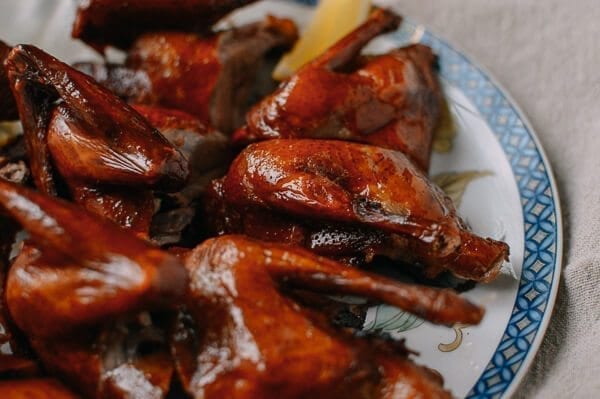 It creates that signature gloss/shine and a hint of sweetness on Chinese BBQ Pork and roast duck. Just look at the sheen on our Chinese roasted rib tips: 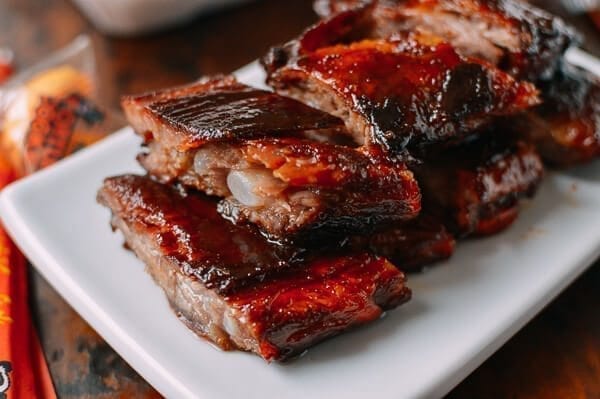 And our char siu: 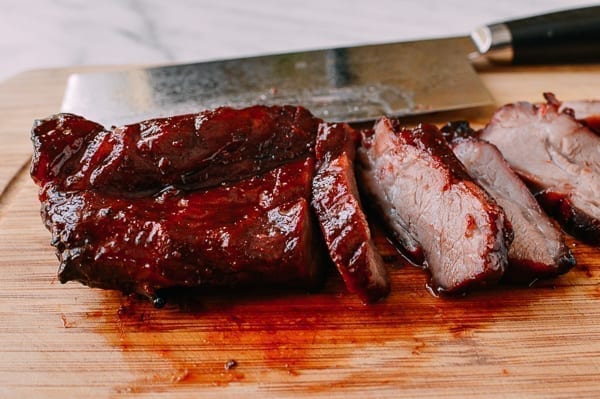 It can be difficult to handle at room temperature due to its dry, stiff, thick consistency and extreme stickiness. A spoon does not penetrate it easily, and when you do pull up a spoonful of it, it tends to stick together, making it difficult to measure a set amount. When heated, however, it becomes easier to work with (heat it up in the microwave for 15 seconds or in a water bath on the stove).  If the maltose is overly stiff or hardened and has dried out from storage over time, add a couple of teaspoons of water to the maltose before heating it which will rehydrate it just enough to make it more workable, even for the next time you use it.

While its best known use may be for roasted meats and poultry, it is also used extensively in Chinese baking (mooncakes, breads, and pastries) and candy making. However, we tend to use it rarely in our baking and dessert recipes, instead preferring to use ingredients more readily available to home bakers.

A spoon or chopstick wrapped in sticky maltose can also be given to kids as a treat!

Maltose can usually only be found in Chinese grocery stores. As you can see from the photos below, it costs between $1.50-$2.00 for a large tub (500g, or a little over a pound). 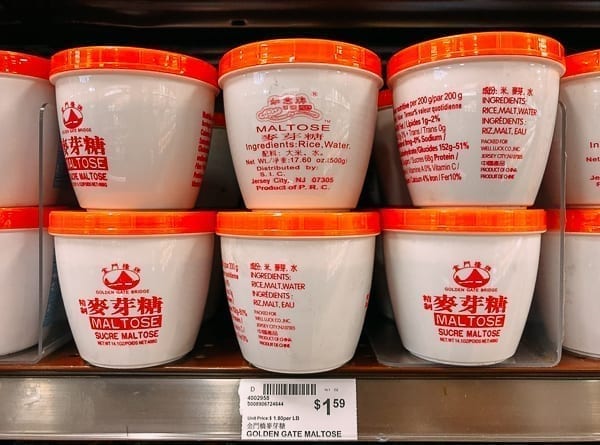 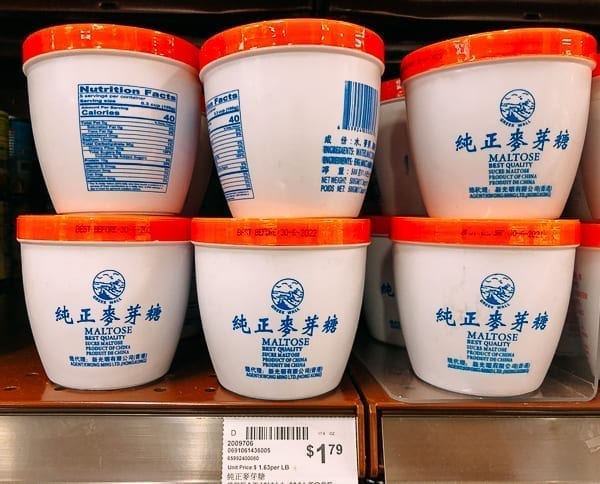 You may also be able to purchase it online, though it will be significantly more expensive. Store well-sealed in a cool, dry place, like your pantry.

In most cases, honey is a good substitute for maltose, though it’s important to note that honey is much sweeter than maltose, so whatever you’re making may turn out sweeter than intended. Honey can also have a floral or fruity flavor, whereas maltose has a rather neutral flavor.