HUANGSHAN: SO. MANY. STAIRS. 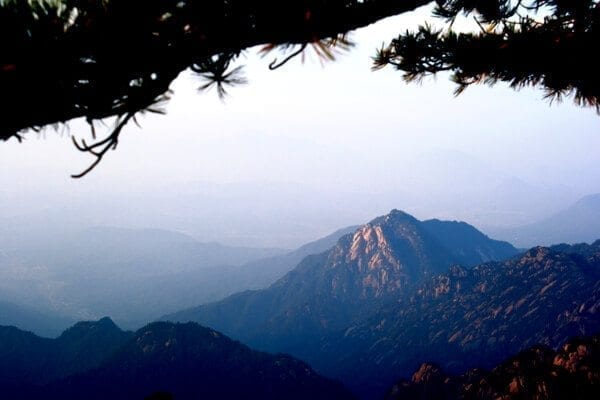 Around the same time that we went to see the Yungang Grottoes and the Hanging Temple, we visited Huangshan (translated as: Yellow Mountain). Huangshan is a large mountain range in Anhui Province. It’s often featured in Chinese artwork and poetry and really does look like a Chinese watercolor painting come to life.

Again, in our inexperienced state as new travelers in China, we went during the Mid-Autumn Festival (one of China’s busiest travel times). Dodos, the lot of us. 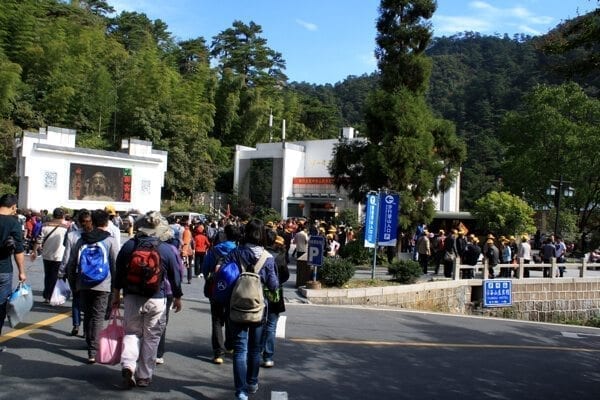 When we arrived at the cable cars, which were supposed to take us up the mountain, this is what the line looked like: 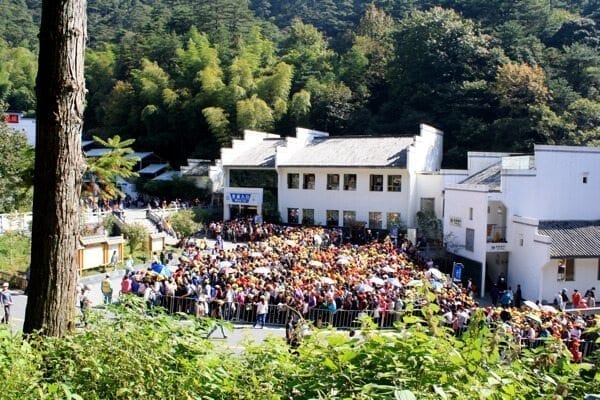 …Red- and yellow-hatted tour groups and families were packed in a series of thin rope lines zig-zagging down far past the lower right hand corner of this picture. We asked a security guard, who said that it was an expected 3 ½ hour wait.

What were we to do?

The only thing we could do: climb.

There are many mountains across China that have become tourist attractions. Most of them have a series of stone stairways carved into trails up the mountain. Like this: 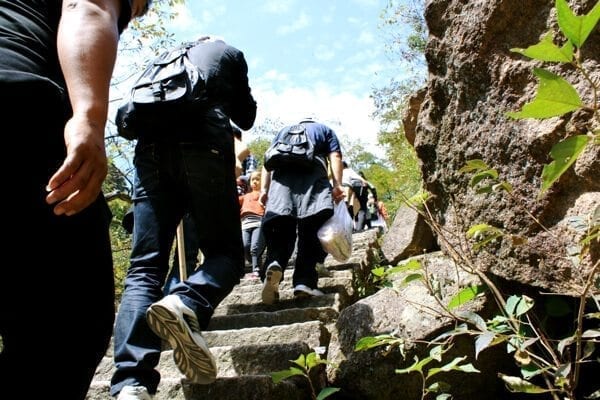 Have you ever climbed a seemingly endless staircase for nearly four hours?

It was, in a word, exhausting.

They dragged on and on for hours, and you’d play a mental game with yourself, wondering when you were going to be put out of your misery. We would ask the few people coming down the mountain how much farther it was to the top, and they would all give us agonizingly inconsistent answers. One guy would tell us it was less than an hour to the top, and the next guy would tell us we had at least two and a half hours left to go. Torture. It was tiring, sweaty, lead-footed torture.

But we did also get this scenery along the way. 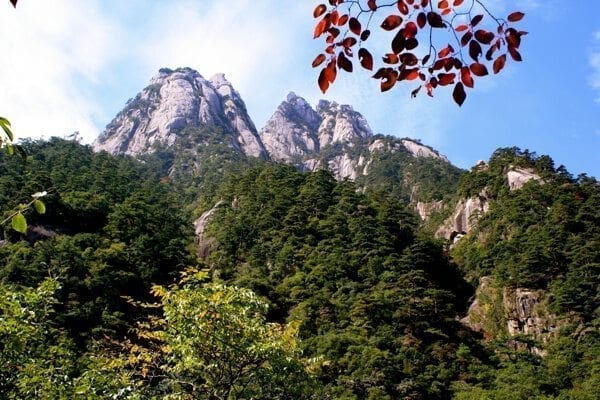 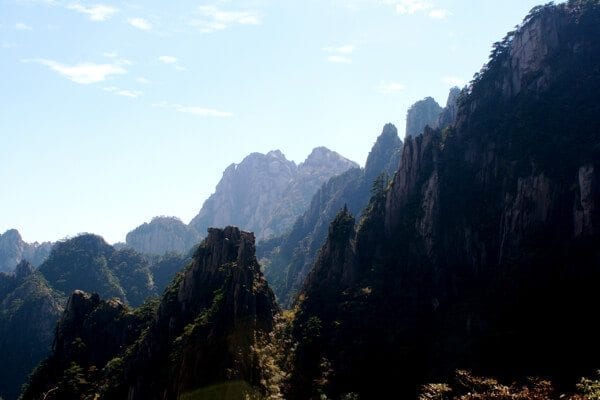 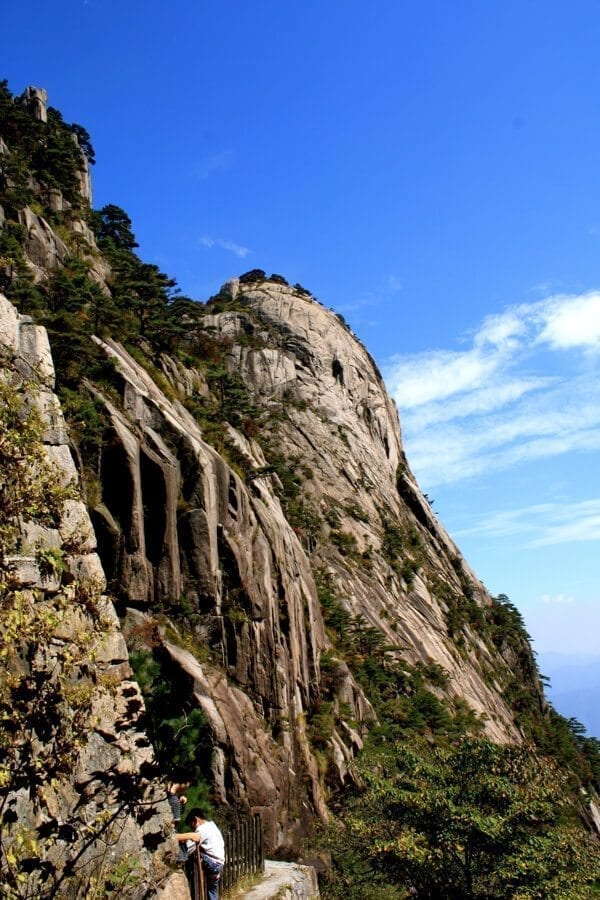 When we finally got to the top, it was utter relief. The climb was over, and it was cooler and breezier at the summit. 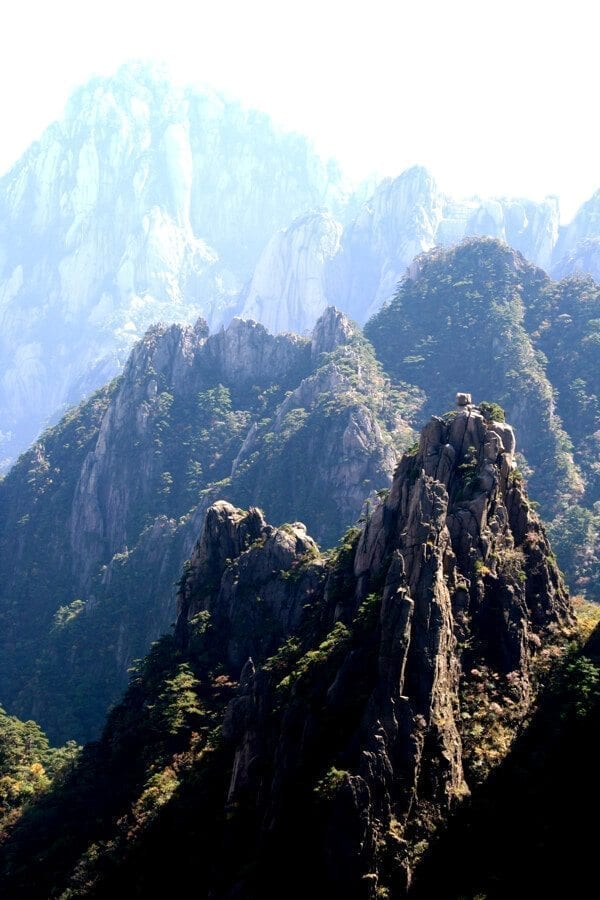 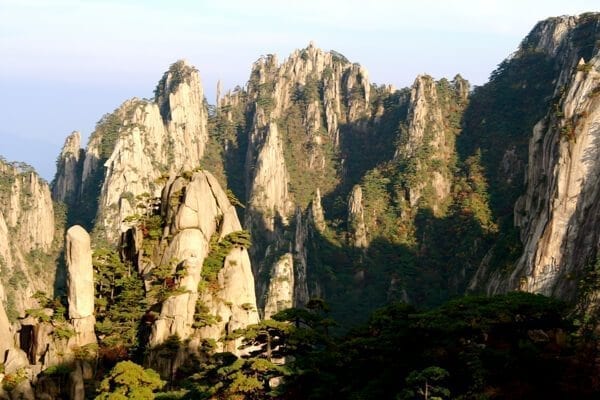 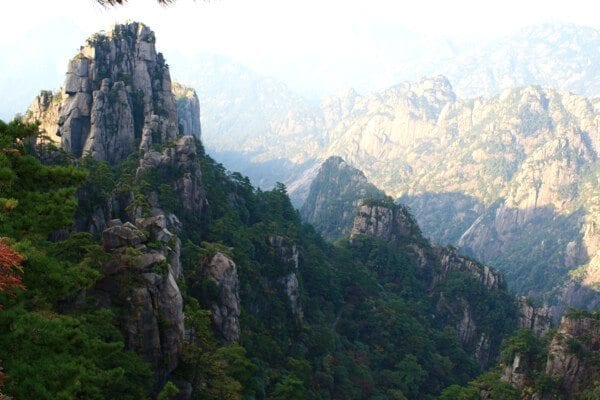 You can take in all the scenery from precarious lookouts like this one. 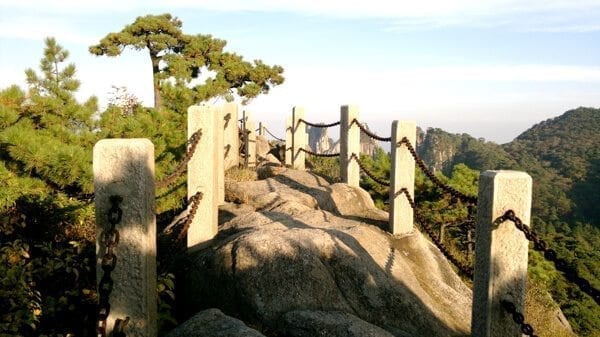 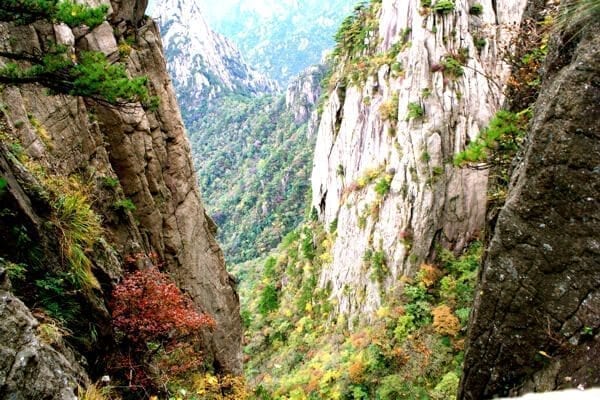 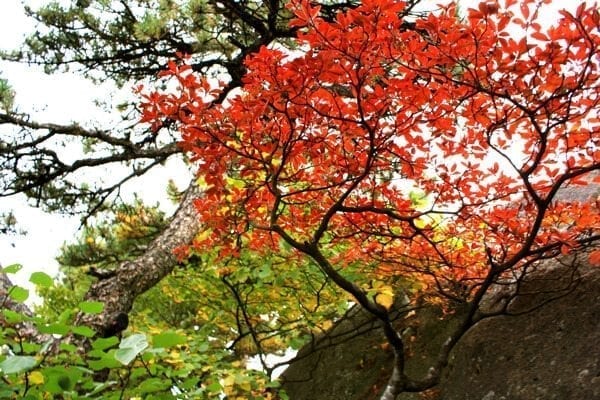 We settled in for the night at the top of the mountain.

There are multiple accommodation options up there. Hotels: 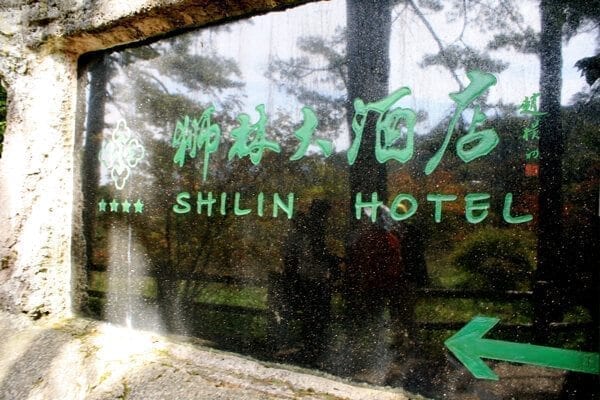 Orderly lines of tents set up uncomfortably along a concrete slab of ground: 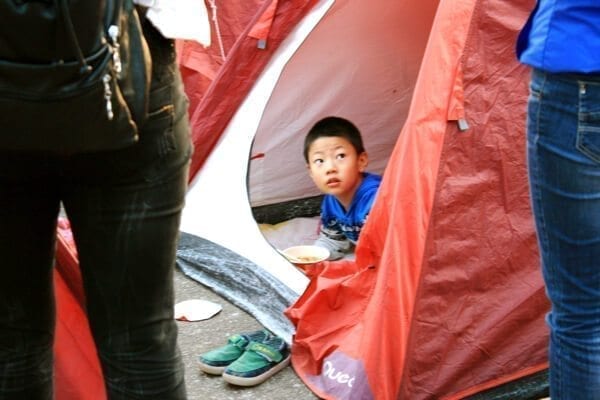 We were lucky enough to have the hotel option. We hunkered down at the hotel restaurant and ate some kind of…noodle, or vegetable dish? We were starving and probably too busy shoveling it down to notice what it was.

After dinner, we took a walk around the area.

It’s apparently a tradition for couples to place a lock along the stone railings at the top of the mountain and then throw away the keys. (Sweet, but also kind of ominous, right?) 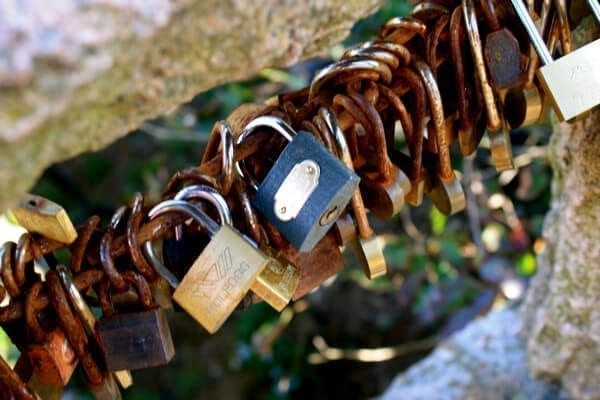 Later, we walked to one of the lookouts to watch the sun set. 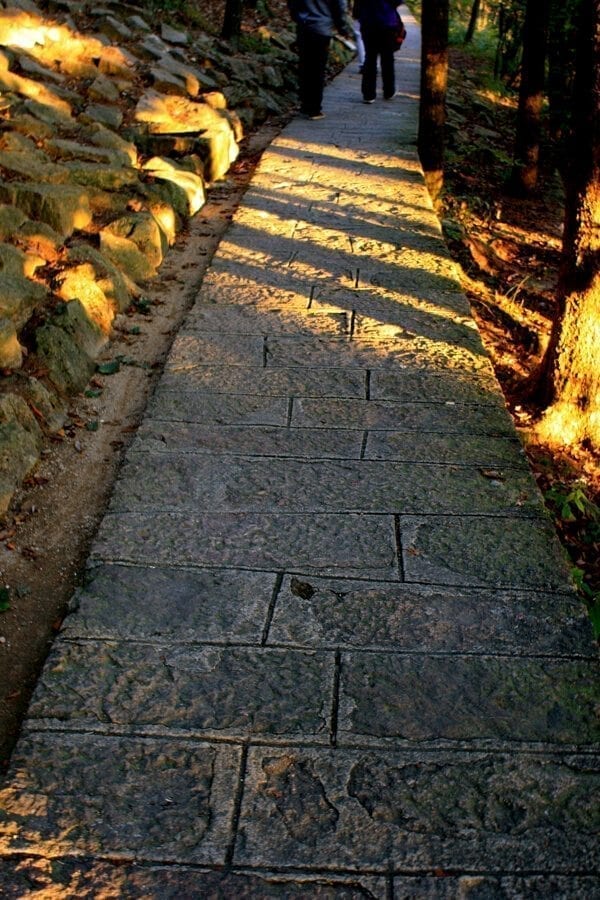 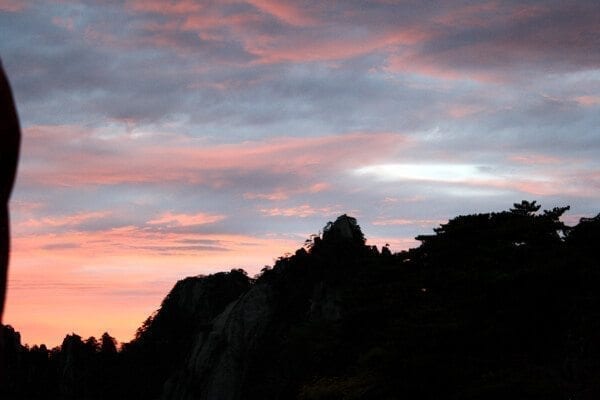 And we saw it rise the next morning. 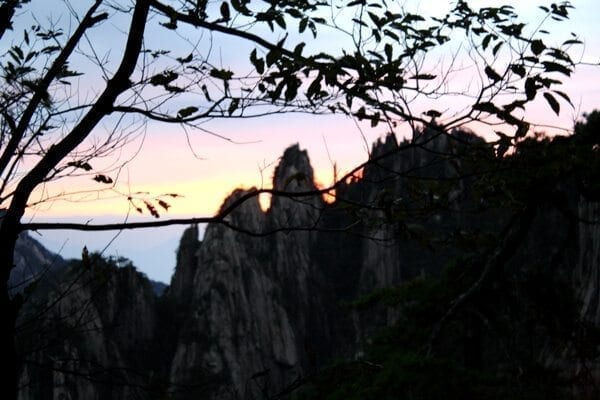 After that, it was time to head back.

Luckily, the line for the cable car ride down was much shorter. Dad decided to walk down, being all into the whole hiking thing, while us ladies decided to go the easier route. 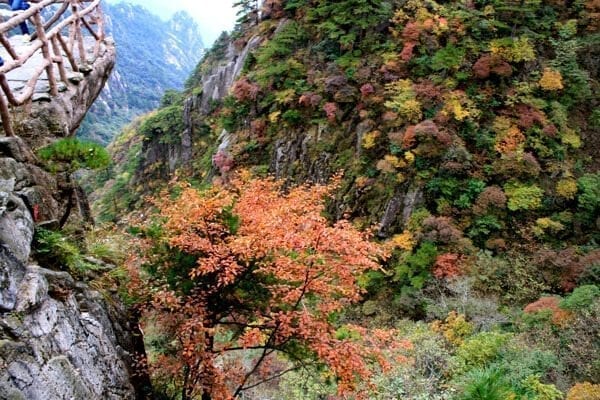 It wasn’t the smoothest ride. We screamed every time the cable car ran over the bumpy bit of cable at each tower. 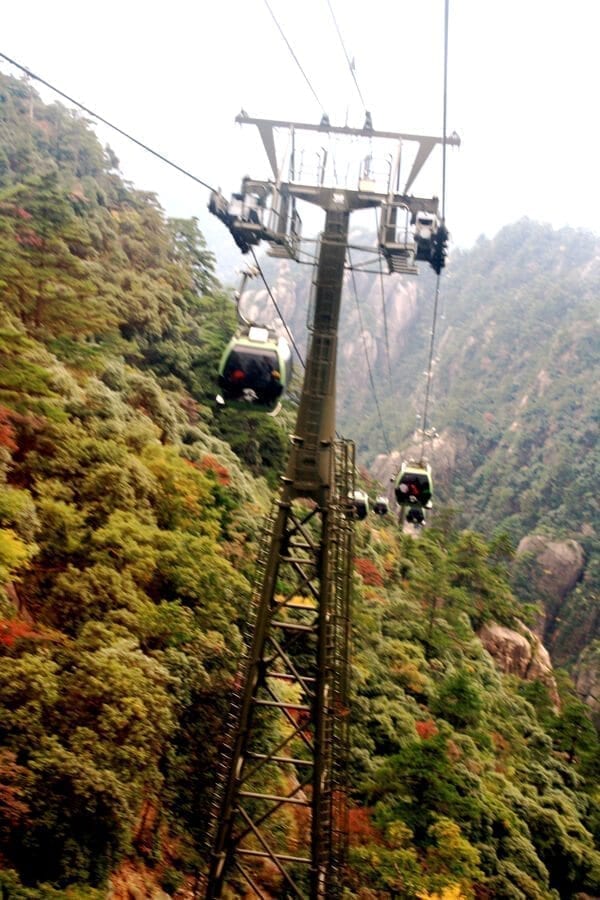 The Korean family sharing our car didn’t appreciate this. 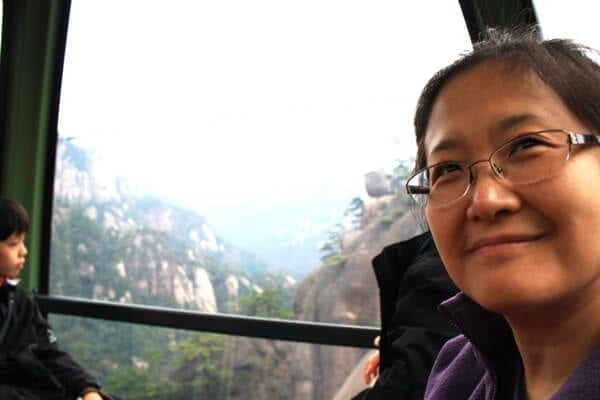