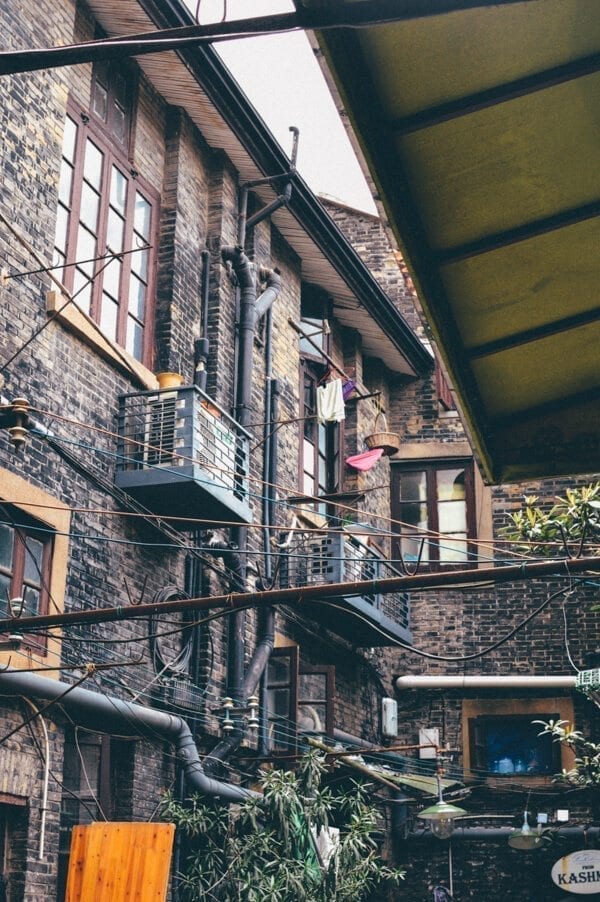 The first time I went to Shanghai, it was because I had failed.

In my junior year of high school, I was rejected in the final round of interviews for a select academic summer program for high-performing high school students. Rather than spend the summer moping about my missed opportunity to run around with fellow nerds, my mom suggested that we take a long trip to Shanghai instead. She was itching for a summer trip, and, of course, timing on my end couldn’t have been more perfect. Ish.

So for all of July, my mom and I found ourselves living in a cramped studio apartment in a little metropolitan pocket of Shanghai. For a month, we visited my mom’s extended family, bought breakfast on the street, watched way too many Taiwanese dramas on DVD, walked through the endlessly large air-conditioned malls on extra hot days, listened to the latest Chinese pop songs, and bought $2 bowls of mushroom noodle soup from the nearby Buddhist temple on a weekly basis. It was the first time I saw China as more than the place where my mother had grown up, more than the country ravaged by the Cultural Revolution as told by my history textbooks. 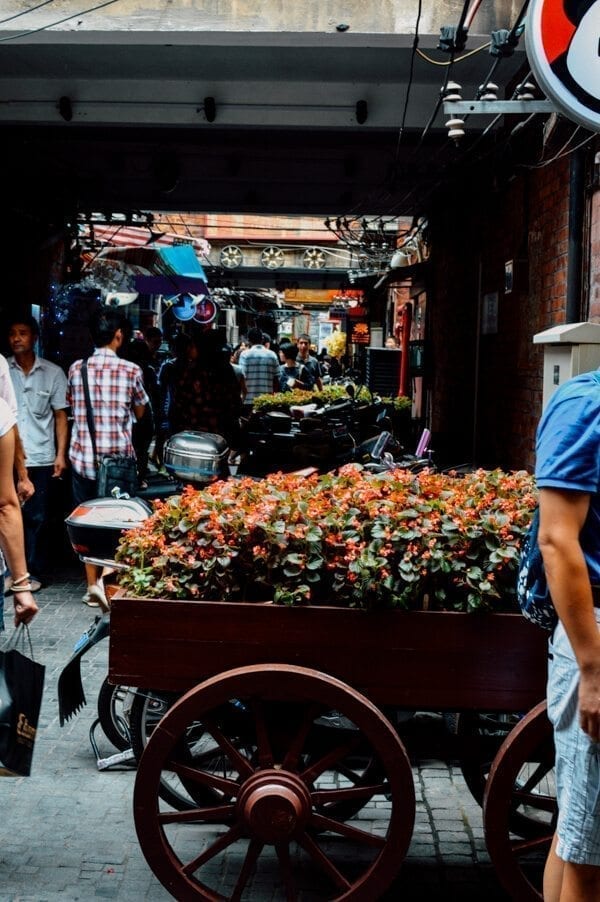 Well, that was about 4 years ago. Recently, I found myself back in Shanghai, this time with the whole gang and much swankier digs. We took the high speed train from Beijing with our cousin Kim, to show her around and get our hands on as much Shanghainese food and as many Shanghai travel pictures as possible. 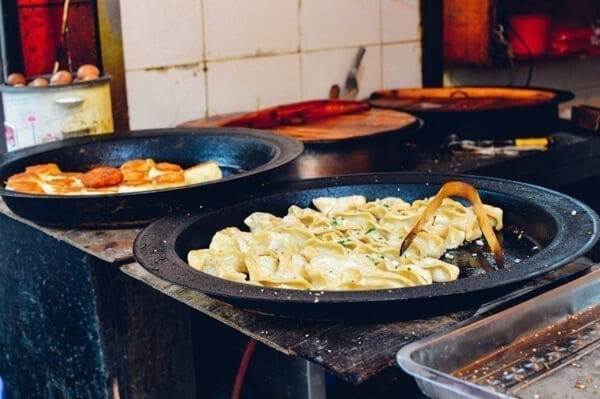 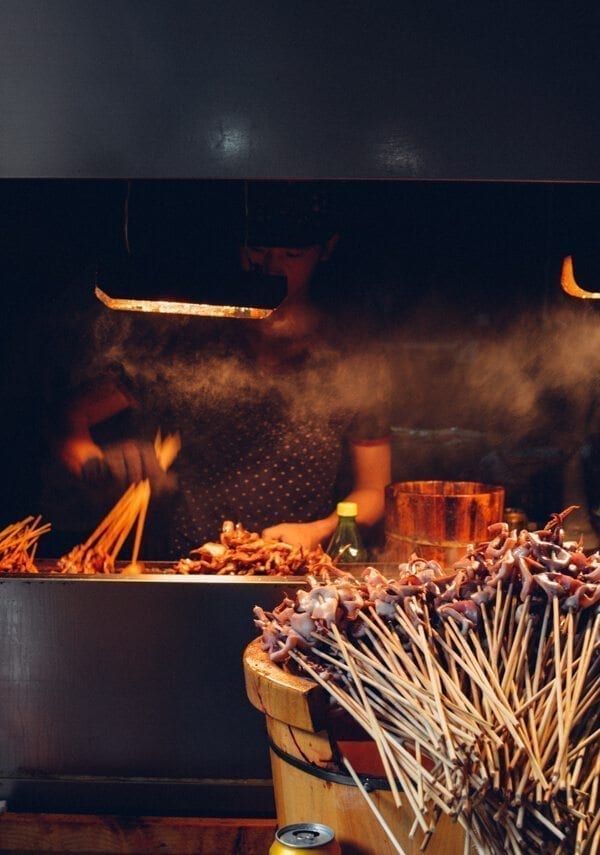 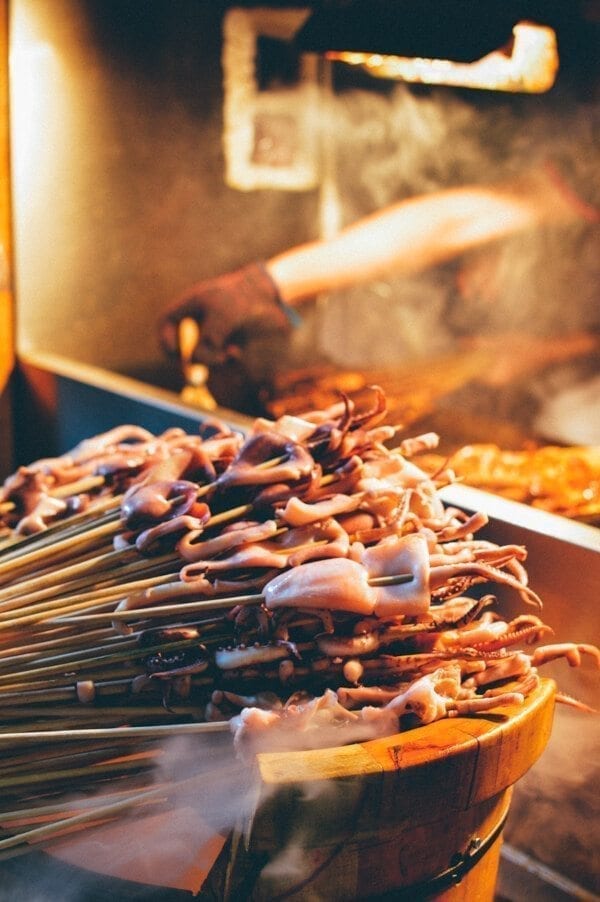 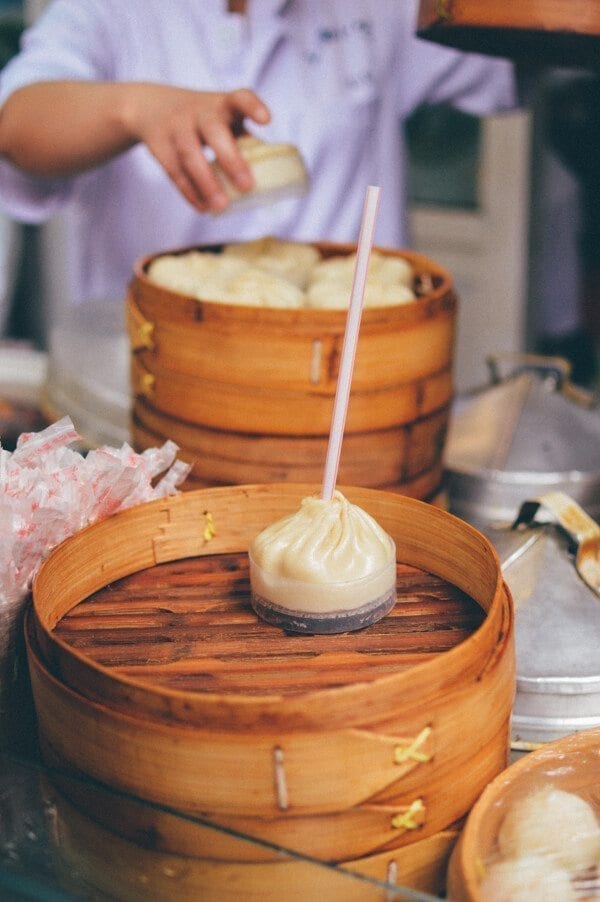 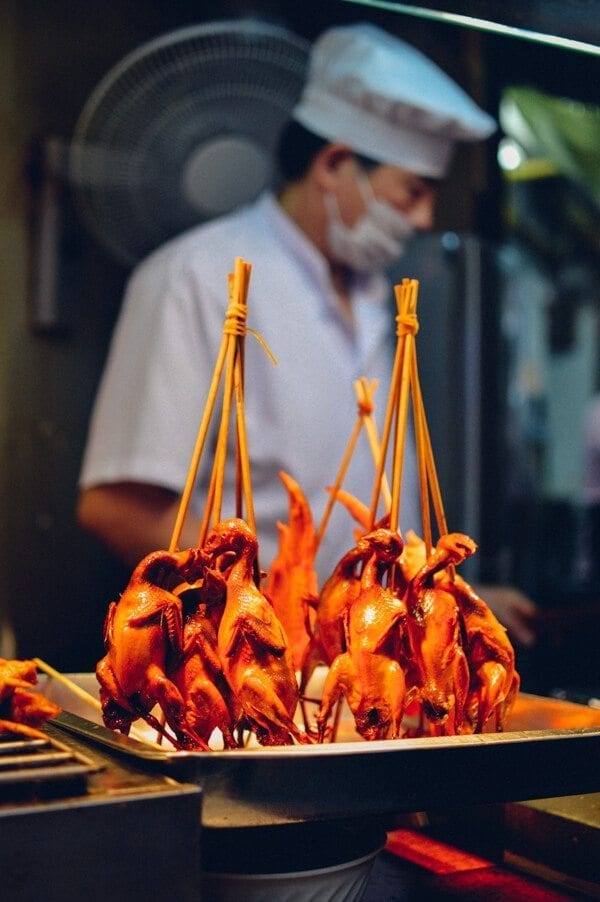 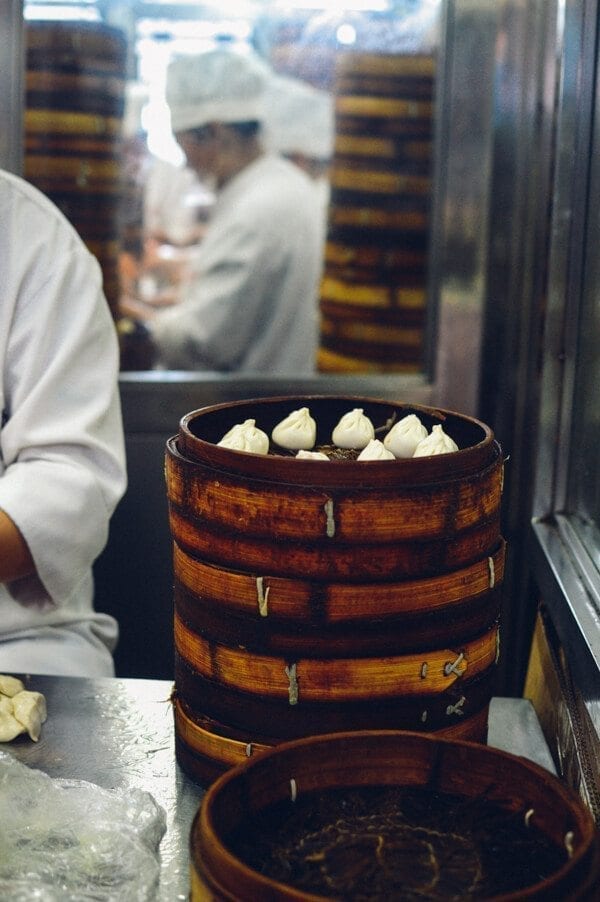 When you go to Shanghai these days, there’s absolutely no way you could ever doubt that it’s one of the best cities in the world. It’s completely different from Beijing in a million ways. Beijing is a city for intellectuals, writers, and politicians. Shanghai is the hub for fashion, business, and art.

Beijing summers see kids running around outside while old men nap on park benches or sit around chess tables with shirts pulled above sizable potbellies. Shanghai summers are spent lounging in air-conditioned mega malls or sitting on the Bund to catch the coastal breezes at night. Beijingers will tell it like it is, loudly and with gusto. Shanghai locals are a bit more reserved and self-aware. Shanghai is also the city where my grandmother and mom grew up. And where their family lost everything in the Cultural Revolution. 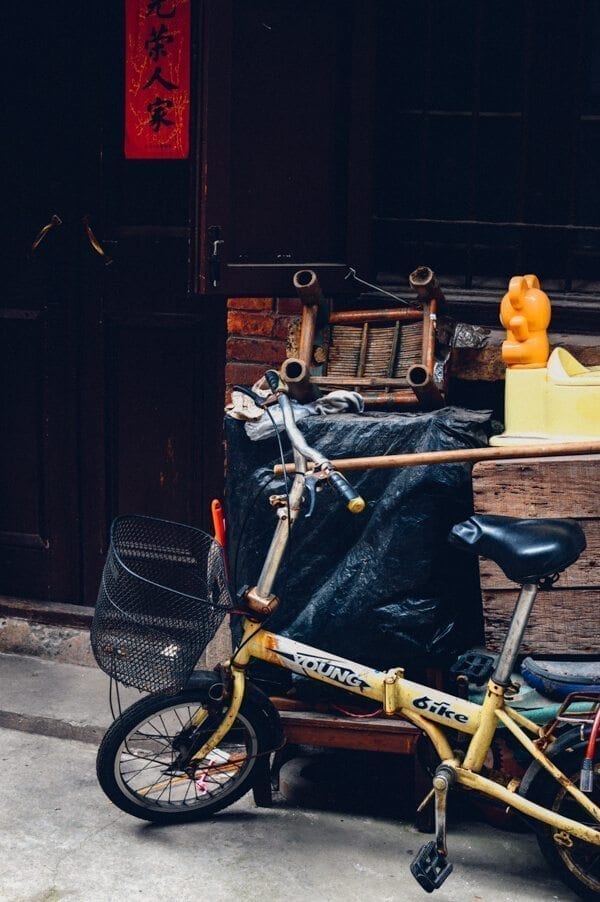 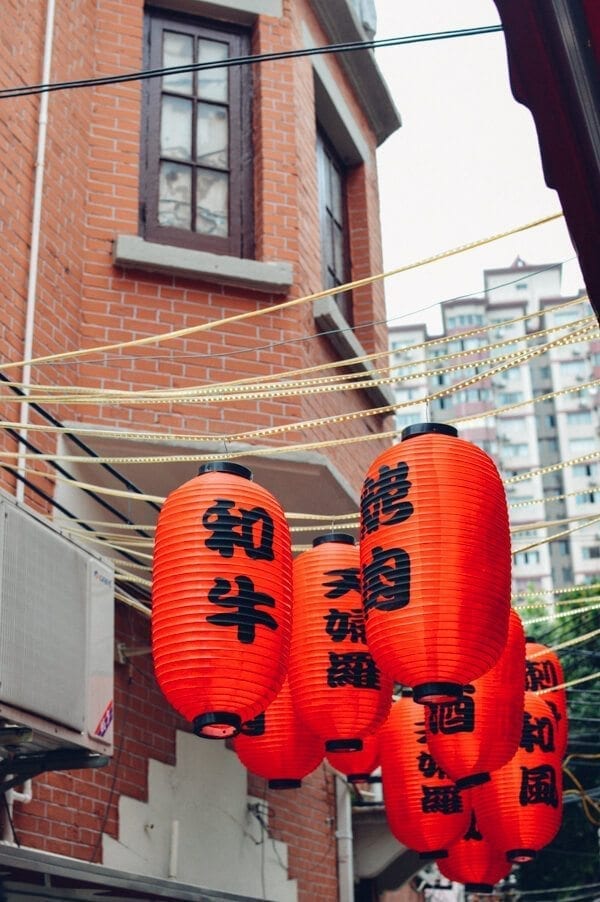 Shopping malls are hulking buildings with over 10 floors, packed with Chinese and Western luxury brands, food courts serving steaming shengjian bao (pan-fried soup buns) with black vinegar, and white tablecloth restaurants serving anything from Korean BBQ to Australian T-bone steaks. Looking out at the rippling ocean of people streaming into and out of shopping malls via highway footbridges and overpasses, you truly get a sense of the sheer vastness that is China. 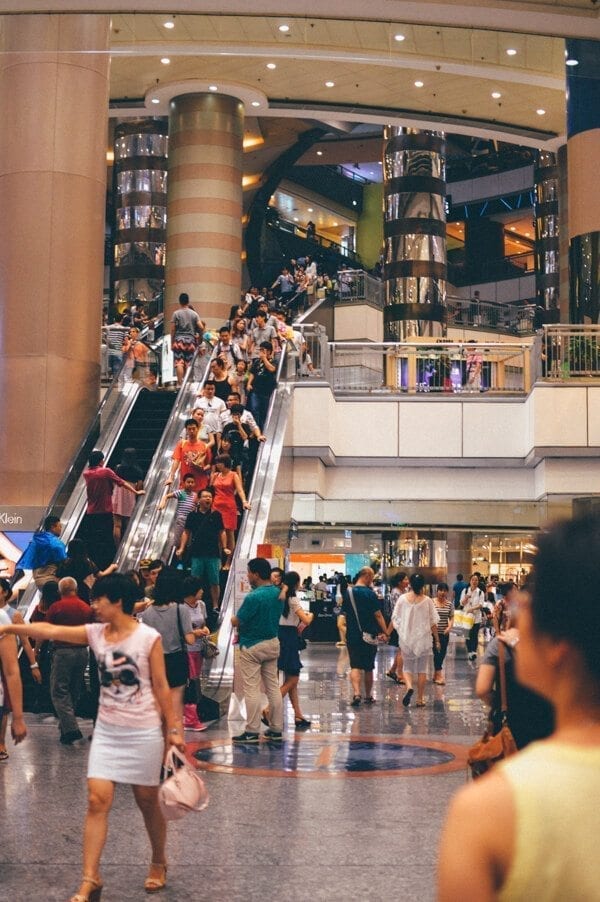 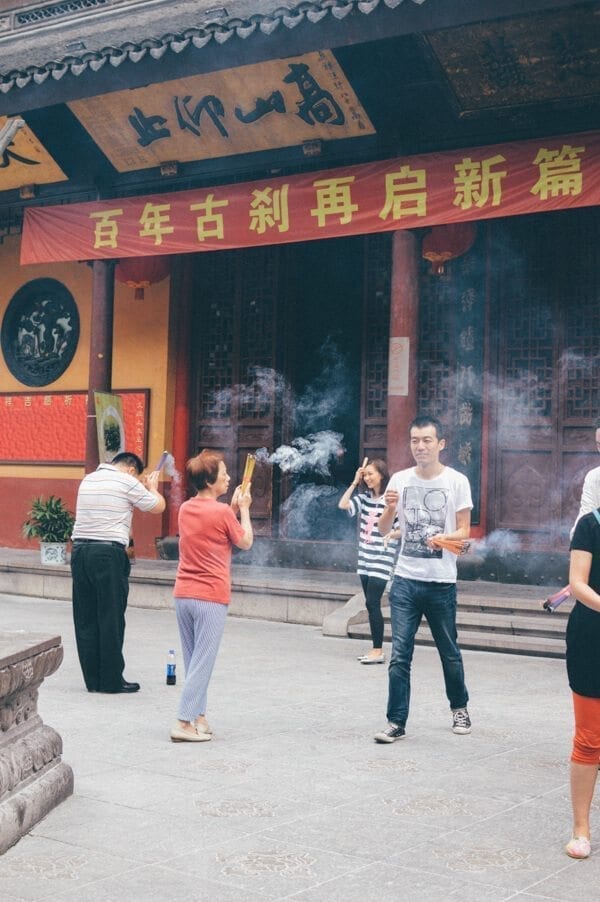 Our hotel looked out over the Jing’an District, where from our windows we could see the wide smooth streets, packed with purposeful locals and foreigners. Some headed into gleaming office buildings, others into luxury shops to buy the latest from Burberry, Gucci, and Louis Vuitton. Some meandered through the small side streets filled with mom-and-pop stores and restaurants, and still others crowded into an enormous Buddhist temple whose gold exterior gleamed in the sunlight. 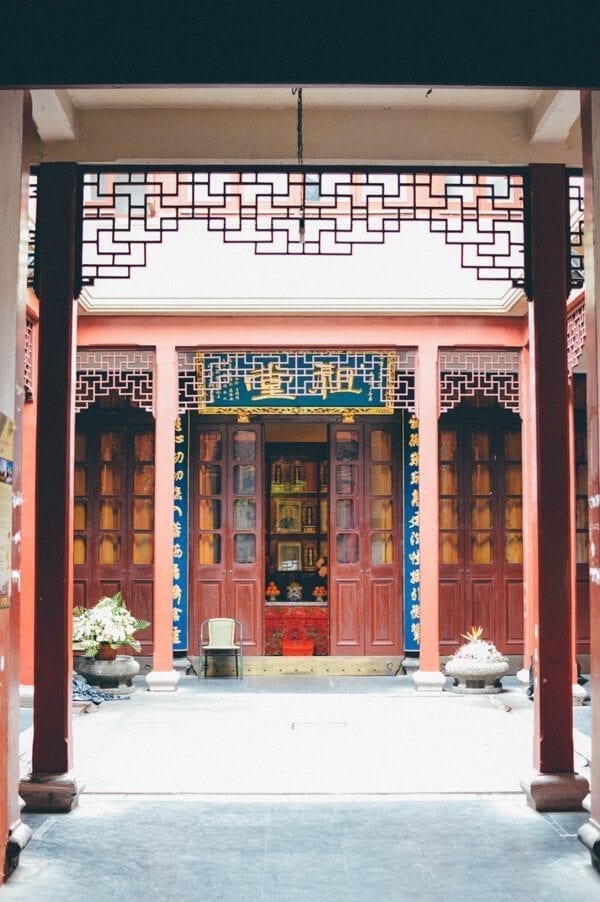 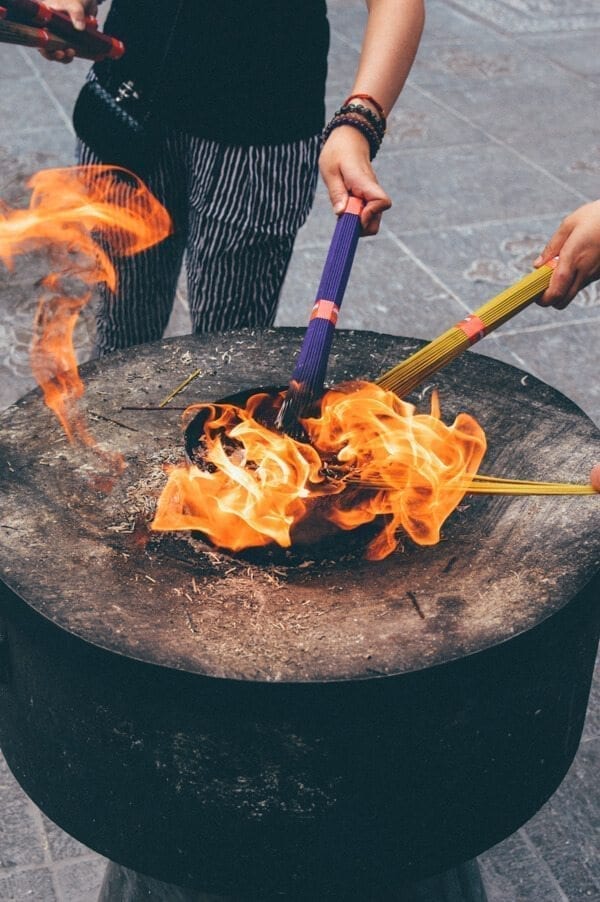 Walking on the streets, you’d pass a cute Western-inspired bookstore and café, then a local chain selling preserved and salted Chinese-style meats. On one side of the city, you could walk into the first and only Old Navy store in China; on the other side you could see the ancient structures of Shanghai: the narrow alleyways and courtyards—the old guard that is now being pushed out by the new. 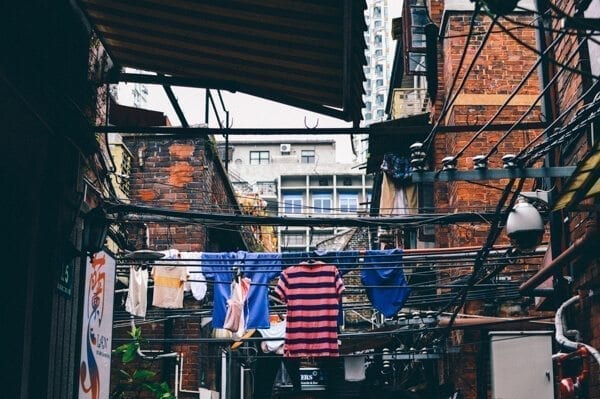 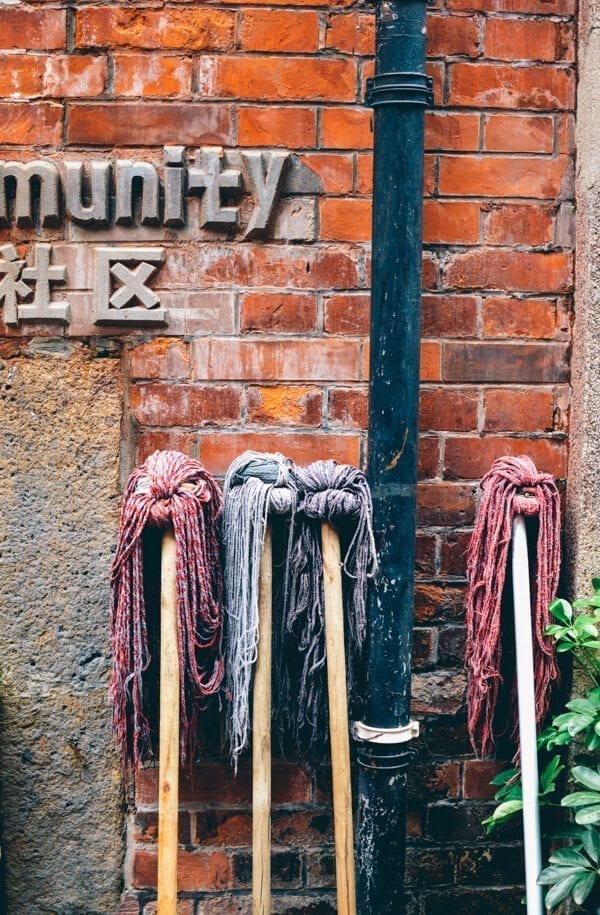 Walking along the city streets, an old woman would pass by carrying a plastic bag filled with fruit, while on your other side, a lithe male model type would hurry by in Italian loafers, skinny jeans, and dark sunglasses. And up ahead, a woman dressed in a flowing silk Chinese-style dress would clutch a Louis Vuitton tote bag to her side while firing off rapid Shanghainese into her iPhone. 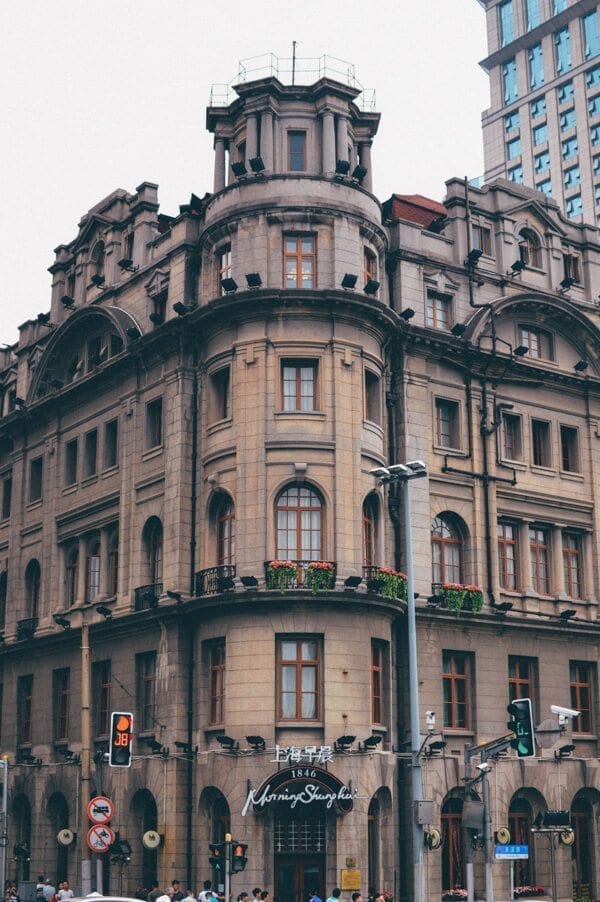 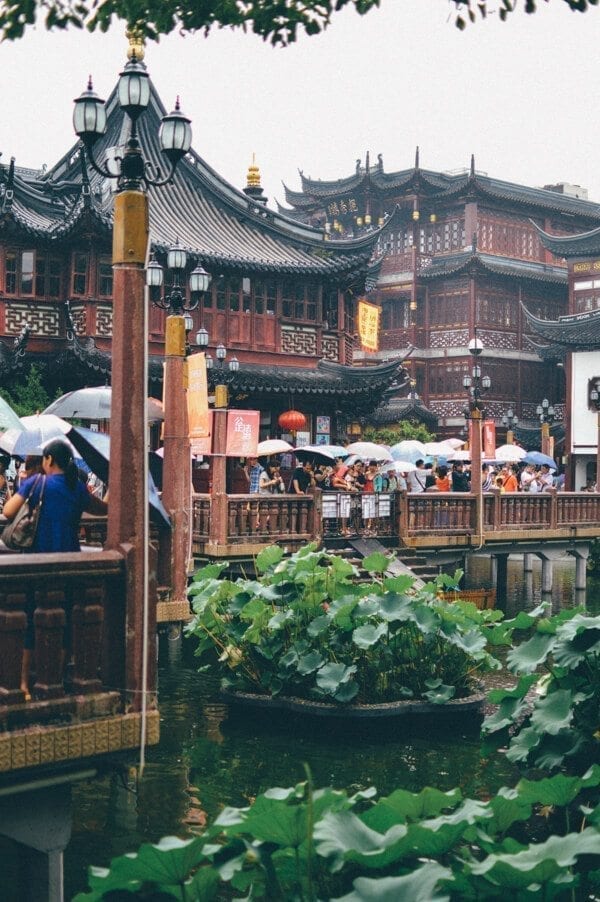 But not all vestiges of the old Shanghai are completely gone. For every bustling highway and packed mall, there’s a quiet tree-lined narrow street where old men lounge and bicycle-riders pass through. 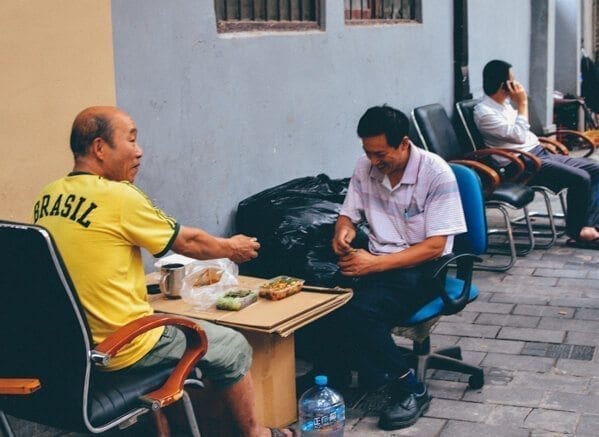 And for every proper white-collar Shanghai lady-who-lunches, there’s someone slurping noodle soup in a cramped cafeteria packed with local delicacies. The push and pull between ancient and modern—between Eastern and Western—makes Shanghai at once confusing and wonderful. As cities go, it’s truly bursting at the seams, in the best way possible. 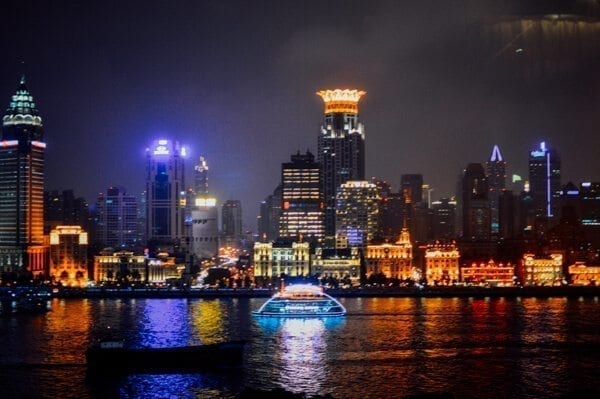 Check out these Shanghainese recipes for a taste of this awesome city! 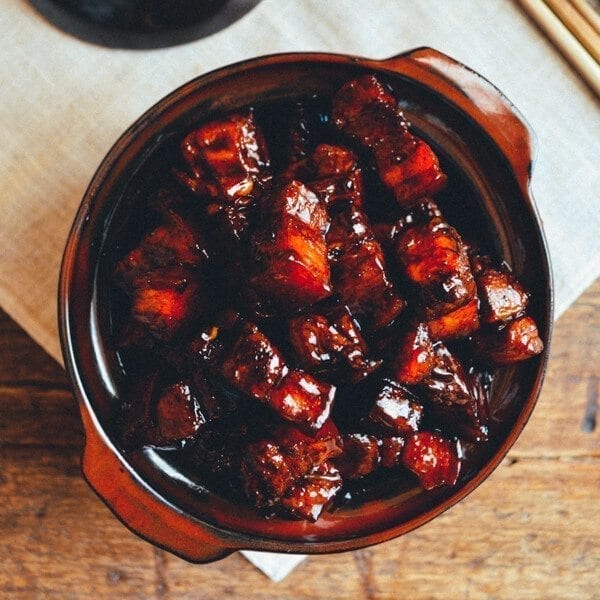 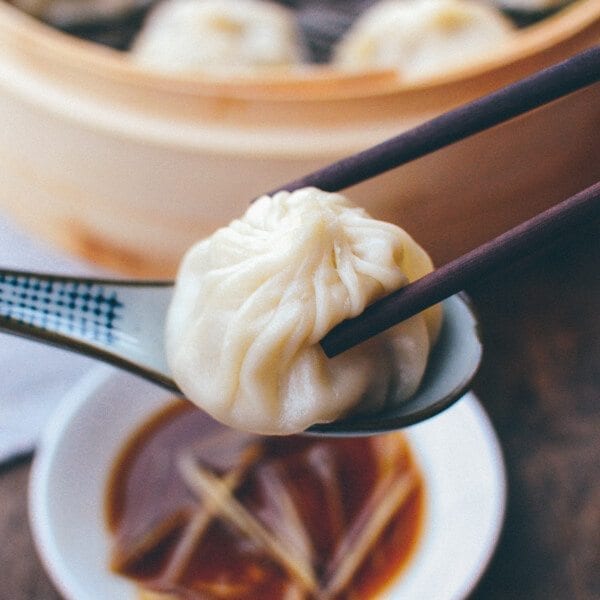 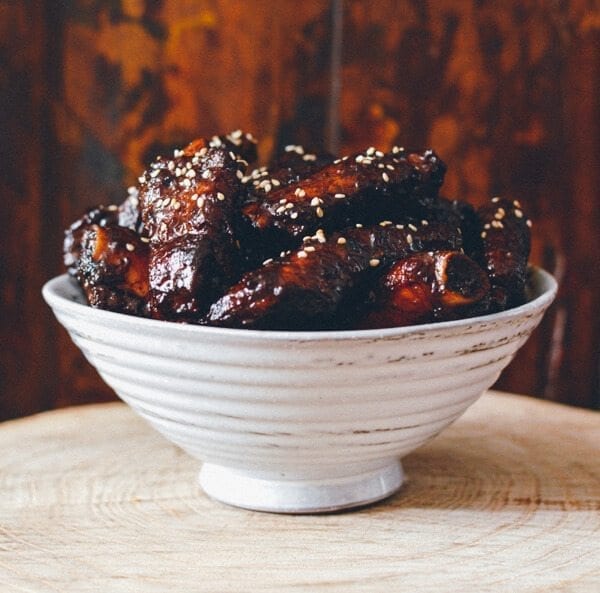