You found us! Tantalizing, mouthwatering dishes are just a few clicks and ingredients away (not to pat ourselves too much on the back or anything. We like to maintain a healthy sense of humility).

We are a family of four (Bill & Judy, and daughters Sarah & Kaitlin), and The Woks of Life is our way of sharing our recipes & travels with each other and the world. What began in 2013 as a quest to document our family’s history through food has become a robust online community, and since then, our blog has been recognized as the online authority on Chinese cooking.

Whether you’re a food lover interested in going beyond Cream Cheese Wontons and Sesame Chicken, a college student with a drawer full of wrinkled take-out menus and only rudimentary knowledge of how to boil an egg, or just someone looking to make weeknight dinners a little more interesting, you’ve come to the right place. 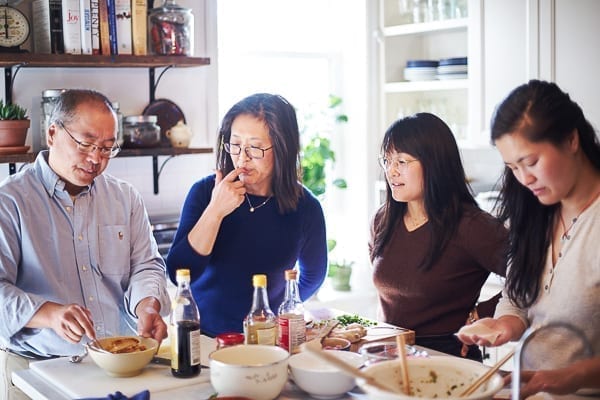 Allow us to quickly introduce ourselves:

The fact that we all cook can admittedly lead to the odd kitchen squabble (*scroll down for embarrassing illustration of said phenomenon), but we make it through okay. We bond over and overanalyze our food, think about what to make for dinner before lunch is over, and remain relentless about perfecting our favorite dishes.

The Woks of Life was born in 2013, when half of our group––the parental half––relocated to Beijing. Kaitlin was in college stateside, and Sarah began moving between both China and the U.S. whilst figuring out the meaning of post-college life. Between all the plane rides and intermittent Skype conversations, it became difficult to stay up-to-date on all of our day-to-day comings and goings, let alone what we were each preparing for dinner.

We also realized that the kid-parent separation led to said kids eating a lot less of the Chinese food normally served up by said parents. Because let’s face it…though the two daughters of this family could make restaurant-quality thin crust pizza like nobody’s business, they hadn’t exactly been studying up on dishes usually left to the older generation. 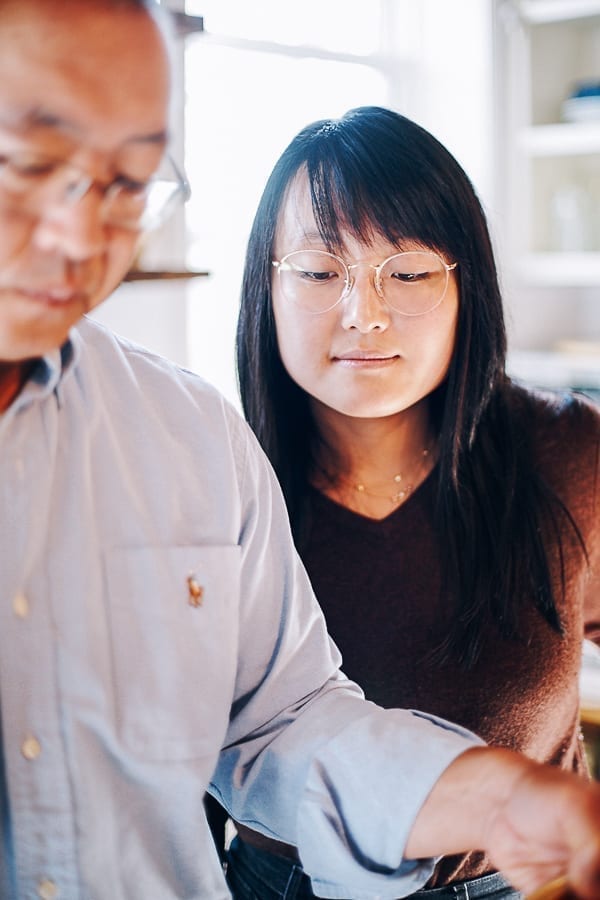 Our solution? This website and blog, where we could share recipes, kitchen exploits, and travels. We’ve kept it going ever since––even now that we’re all back in the Northeastern U.S. Our recipes represent our own culinary genealogy, from the simple to complex, the traditional to the reinvented. 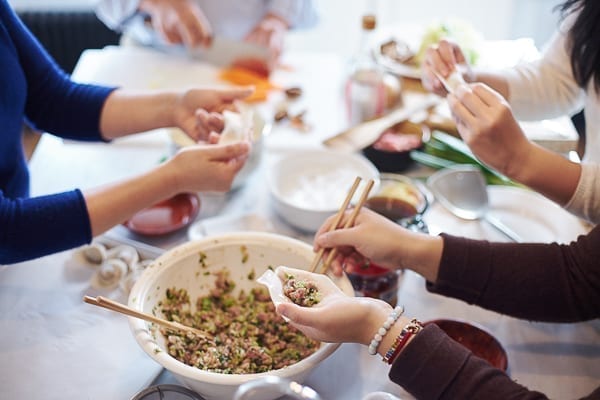 So take a look around. Pour a beverage and find tonight’s meal. Pick up some travel tips, wok shopping advice, or an explanation of what the heck Chinese black vinegar is.

Want to know more? Check out our bios here: 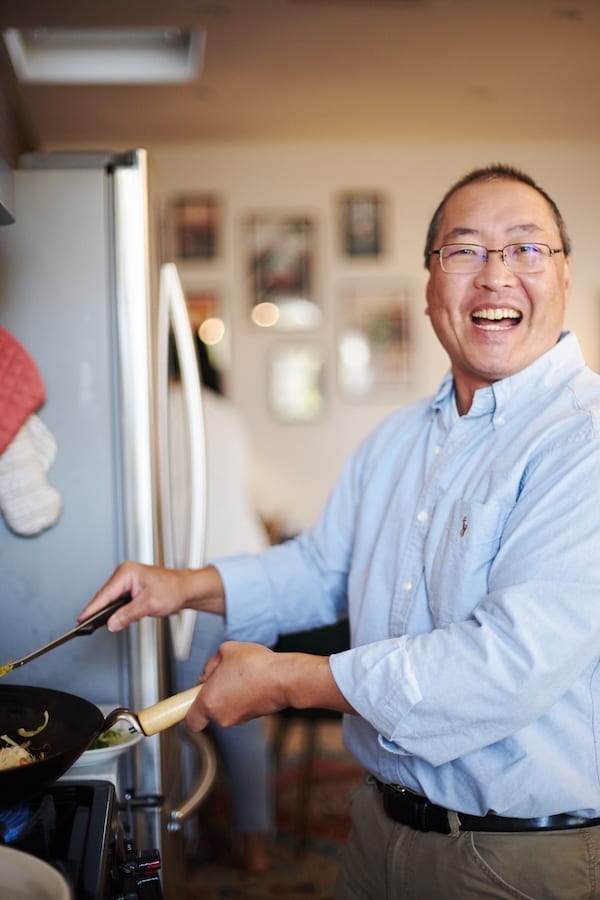 Grew up in upstate New York delivering newspapers, shooting marbles, and accidentally crashing questionably maintained snowmobiles into neighboring garages (okay, just the once). Had a few stints in the restaurant world, rising from modest beginnings as a Burger King sandwich assembler to Holiday Inn busboy and line cook, to cooking at his family’s Chinese restaurant, while also learning the finer points of Cantonese cooking from immigrant parents. 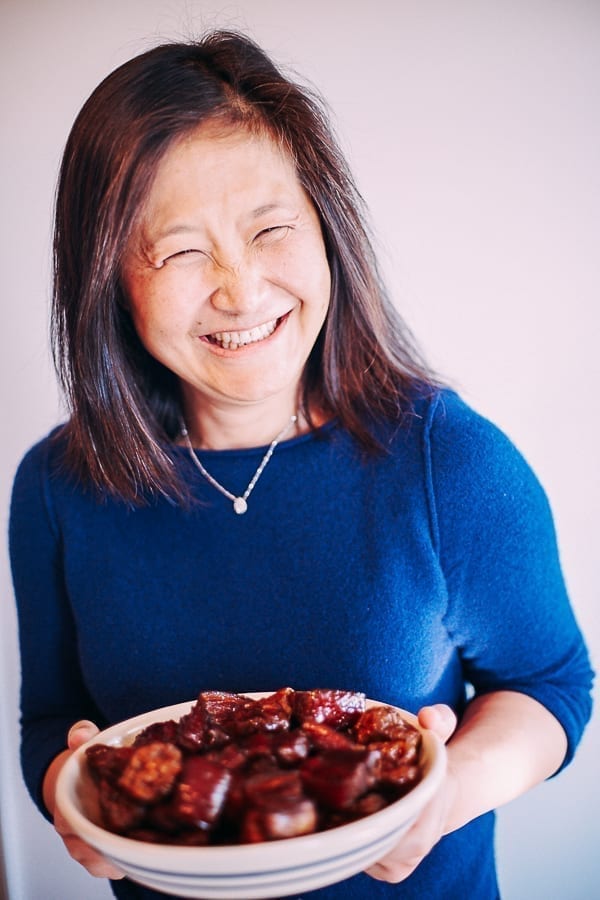 Born in Shanghai, and arrived in the U.S. at age 16. Pretty much a boss when it comes to languages, being fluent in both English and three separate Chinese dialects. And boy, can she fold a spring roll (the rest of ours tend to just fall apart. It’s sad). Plus, she’s the only one in the family who’s actually good at reading Chinese, so she’s our professional menu-translator when we’re eating our way through China.

Born and raised in the Garden State, growing up on episodes of Ready Set Cook and Iron Chef. Writer, photographer, marketing professional, and daydreamer, with a penchant for Quick and Easy recipes that take less than 20 minutes to make. Like the rest of the family, she loves the outdoors and writing delightfully detailed posts about the Art of Cooking Outside.

Notoriously unable to follow a recipe (usually preferring to freestyle it), Kaitlin’s the family artist, chunky-sweater-obsessed knitter, and keeper of an unreasonably detailed knowledge bank of Korean pop music. The master of all things sauces and condiments on the blog (her chili oil is legendary) and steward of our drool-worthy Instagram account.

*An example, just for illustrative purposes. We’re not like this all the time. We swear.

B: “They’re burning!! The heat is WAY too high.”
K: “They’re not burning.”
B: “Who taught you how to a flip a pancake anyway?”
K: “You did.”
B: “Not like that, I didn’t.”
K: “These will be the fluffiest pancakes you’ve ever had in your life. Now go set the table and get some slippers, ‘cause yo socks are about to be knocked OFF.”
J: *wildly gesticulating toward pan* “Hey! Shouldn’t you really be flipping that one now?”
S: “Did you remember to add the lemon zest? The lemon zest is key!”

Yeah, not a dramatization.

Learn all about Chinese Noodles, Dumpling and Wonton Wrappers 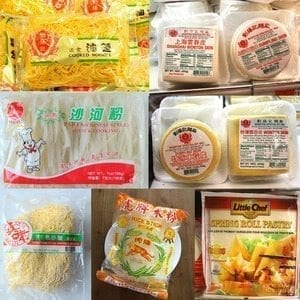 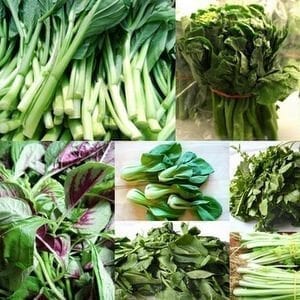 DID YOU MAKE THIS RECIPE?
Our family wants to see it! Tag @thewoksoflife on Instagram and hashtag it #thewoksoflife!